The Syrian refugee crisis has spilled over into countries farther from the fighting, as tens of thousands seek refuge in Egypt and other North African countries, Ben Gittleson reports from Cairo. 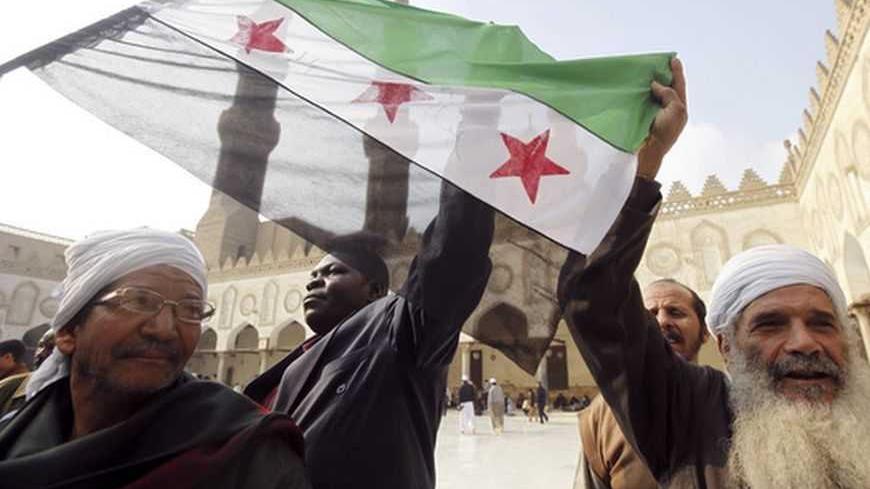 CAIRO — When Hazem learned last month that the Syrian military would draft him on New Year’s Day, he did not wait around to see whether the regime would keep its word. The 23-year-old law student from Damascus drove to the Lebanese border, bribed a soldier and hopped on one of the next planes from Beirut to Cairo. In doing so, he joined tens of thousands of his compatriots — including his brother, who had previously fled conscription — who have fled the fighting at home for countries increasingly far from Syria.

The vast majority of the 576,000 Syrian refugees registered or awaiting appointments with the UN’s refugee agency are concentrated in nations bordering Syria — particularly Jordan, Turkey and Lebanon — but thousands more are seeking refuge in Egypt and other North African countries. Across the region, thousands remain unregistered.

Over 99,000 Syrians were living in Egypt at the end of November, when data was most recently available, up from 56,000 in August, according to an Egyptian foreign-ministry official. While Syrians have long come to Egypt to study or work, far more than usual have arrived here as a direct result of the Syrian conflict, according to the official, who requested anonymity per ministry practices.

The Office of the United Nations High Commissioner for Refugees (UNHCR) last month for the first time included Egypt in its regional response plan for the Syrian refugee crisis since the number of Syrian refugees here has “grown significantly over the past year.” Syrians here say the population is likely tens of thousands larger than the government’s number.

Syrians who initially came to Egypt after fighting broke out in March 2011 were typically wealthier or politically active, often with previous ties here. For many months, a protest tent stood outside the Arab League headquarters in Cairo, and opposition activists based their media operations here.

In recent months, though, a more socioeconomically diverse crowd has filled the frequent flights from Damascus and Aleppo.

“There’s no place like here,” Hazem said, praising Egypt’s three-month visa for Syrians. He asked that his last name not be used because he feared for family still in Syria. “Lebanon and Jordan are very expensive, and I don’t have relatives there. Egypt is cheaper.”

Syrians here say that even though Egyptian wages are lower, the country is dirtier and the food is less tasty, Egyptians have welcomed them with free public education and healthcare, as well as a friendly attitude. The Syrians understand the dialect from decades of Egyptian films and television shows, and their countries even briefly merged half a century ago. Unofficially, Syrians can work and even stay once their visa expires — or easily get it renewed — since “nobody is chasing them,” the foreign-ministry official said.

Many Syrians came after fleeing to countries bordering Syria. Unlike Turkey, Jordan and Iraq, where refugees sometimes live in squalid camps, a very populous Egypt has not had much trouble incorporating large numbers of refugees into its urban communities.

When Mahmoud Hasal fled Damascus for Jordan in November 2011, he left behind the woman he loved, Rula Deeb, a Gazan Palestinian born and raised in Syria. Over the months, Hasal, an actor and drama teacher, grew concerned about the increasing violence at home.

“The day of the Houla massacre in Homs, I asked for Rula’s hand in marriage,” said Hasal, 29, referring to a May 2012 incident in which at least 108 people were killed. “I had to take a step that was full of life.”

Unable to marry in Jordan since Palestinians of Gazan origin have fewer rights there, Hasal saved up to fly himself and Deeb, 26, a children’s-book author, to Egypt. They married within days of arriving in October, and Hasal found work as an office manager at a brand-new community center for Syrian refugees, the first in the country.

Last month, dozens of refugees poured into the UNHCR-backed center for its grand opening in Sixth of October City, a Cairo suburb some have dubbed “Little Syria” since so many Syrians have moved there. They munched on Syrian sweets, perused job listings and talked with representatives from the United Nations and nongovernmental organizations.

A team of Syrians trained to provide psychosocial support spoke with attendees, many of who signed up for computer and English classes designed to make them more employable.

“It’s by far a one-of-a-kind center for Syrians anywhere in the Middle East. It’s never been done before at this level,” said the center's founder, a Syrian who goes by the nom-de-guerre Naziq Al Abed.

In the center, Bushra Al Lababidi, 25, stood in a corner, watching one of her two young daughters draw a house. The mother wrote “I miss my home” on her daughter’s drawing.

“We’re looking for the best life for us,” said Al Lababidi, who with her husband and kids flew to Cairo four months ago after their home in Homs was destroyed. “I didn’t come here for a job. I came here to be away from Syria and the dangers there.”

But rent was more expensive than she expected, as was tuition for the school where she and her husband wanted to send their daughters, ages 5 and 6. So she took a job as an English teacher.

The family is registered with UNHCR, but most Syrians here are not — only around 13,100 have registered so far. Some do not view themselves as refugees — either because they are "too wealthy" or see Egypt merely as a stop on the way to the West. Many fear Syrian government retribution if their passports show signs that they sought refuge abroad, and misinformation about the registration process has kept people away. Still, the UNHCR expects 30,000 to register by the end of June.

In the meantime, many sit at home looking for work, growing depressed as they follow news out of Syria. Communicating with family members can sometimes prove difficult. A report in November said economic problems have forced some families to marry off their daughters for money.

But life in Egypt is better than in other nearby countries, many Syrians said.

Basel Watfa, a pharmacist from Homs, lived for the last decade in Dubai but had to leave last year because of visa problems. Fearful that Syrian intelligence services would arrest him for his online activism if he returned home — and that Jordan would hand him over to Syria if he went there — he came to Cairo in June.

“Here in Egypt, you can do whatever you want,” he said. “You can demonstrate and no one will do anything to you.”

Ben Gittleson is a Cairo-based journalist whose work has appeared in The Atlantic, Foreign Policy, The Daily Beast and other publications. Follow him on Twitter: @bgittleson.