Despite the war raging in their country, Yemen’s displaced citizens in Egypt await the day they can return. 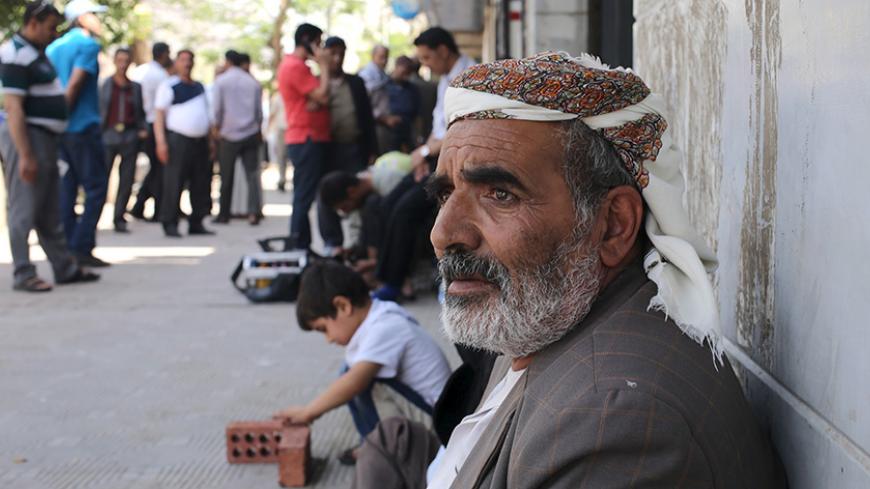 Yemenis, hoping to obtain a flight ticket back to Yemen, wait outside a branch office of Yemenia Airways after being stranded in Cairo, April 28, 2015. - REUTERS/Asmaa Waguih 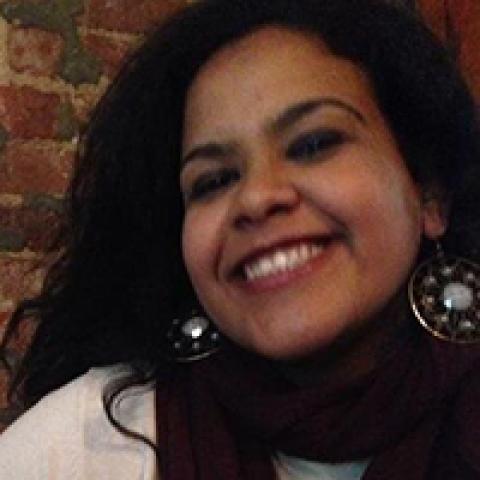 CAIRO — The Yemenis in Egypt maintain a low profile. They mingle quietly with Egyptian society, hoping that one day they will be able to go back to their own country.

There are few Yemenis in Egypt — an estimated 5,000. Many are concentrated in the Dokki and Agouza districts of Cairo. The United Nations High Commissioner for Refugees (UNHCR) office in Cairo does not have any information about Yemenis in Egypt. According to some in the Yemeni community, the UNHCR has been of little help to them. Many Yemenis do not even bother to visit the UNHCR and are not applying for refugee status.

In mid-2015, Yemenis who came to Egypt for medical reasons were unable to go back to their country. Khaled al-Shayba, an official at the Yemeni Consulate in Cairo, said by phone that the consulate took care of those who were stranded as well as it could, but with few resources.

Egypt is one of the few countries that allow Yemenis in. It has changed its visa policies toward Yemenis, allowing those who are above 45 or below 18 to enter without a visa. Among those in the age group of 18-45, only a few wealthy Yemenis are able to enter. With the current economic situation in Egypt, Yemenis who do enter also struggle to find jobs.

Al-Monitor met with three Yemenis who are living in different areas of Cairo and come from different backgrounds.

Akram Houthi traveled to Egypt with his father, who had to undergo a heart operation. A month later, the coalition started striking Yemen. There was no passage home, so they have been in Cairo for almost a year now. Houthi, a former engineer in Sanaa, lives with his brother and father in a downscale area in Dokki. They are surviving on minimum means in Egypt.

“We can't ask anyone in Yemen to send us money; they tell us we still live in better conditions than them,” he said. Houthi’s wife and three children live in Sanaa. His last child was born while Houthi was in Egypt.

Houthi, his brother and father once tried to flee to Lebanon, hoping to find passage back home through Beirut. But they were stopped five minutes before boarding the plane. “You are banned from traveling,” an Egyptian officer told them. The Houthi family remains in Cairo even though they cannot find full-time jobs.

“This war will only stop when America commands Saudi Arabia to stop. Why aren’t they doing so?” Houthi told Al-Monitor at a cafe in the upscale area of Zamalek.

Houthi recalls that the UNHCR office told them they can't register as refugees until they spend two years in Egypt. “They only gave us a [$150] coupon to buy food from a supermarket, but they never helped us again,” he said.

Currently, he is trying to start a restaurant with a friend, a Yemeni who is living in Egypt to get medical treatment for his son. They have not found anyone yet to fund their project.

Houthi — who is a member of the Zaidi Shiite-led movement of northern Yemen known as the Houthis — believes that the current war is not justified. He thinks that despite a lack of vision, Houthis do not deserve to be destroyed.

“Because of what’s happening now, there is almost no one in Yemen who did not see the death of at least one relative,” he said.

Another Yemeni who Al-Monitor spoke to, Rana Ghanem, was a political activist at home. She took part in the 2011 revolution against former President Ali Abdullah Saleh and supports Hadi. In her support of Hadi, she packed her bag and went to attend the talks in Saudi Arabia on Yemen.

“I wanted to show support for the legitimate president,” she said.

But Ghanem is now in exile. After leaving Yemen, she said that a shame campaign was launched against all those who attended the talks. “They said we were traitors to Yemen and that it would be patriotic to kill me,” she recalled.

Ghanem is anti-Houthi; she believes they are supported by Iran. “They would talk to us at the table and do the opposite after they left,” she said.

So she stayed in Riyadh. Her family joined her and they lived in Saudi Arabia for some time. When Egypt changed its visa policy, her husband, who is 45, moved to Cairo. He was then able to apply for a visa that allowed his family to join him. It took them a month before they were able to live together again. Her brother, who lives in Geneva, helped them get their three-room apartment in a Cairo suburb.

The parents of three, Ghanem and her husband are considered one of the lucky Yemeni families in Egypt. They used their connections to get their children into Egyptian schools, though many other Yemenis are still unable to do so. Her 18-year-old son enrolled in law school at the public Ain Shams University.

Like many others, Ghanem does not want to apply for refugee status. They are awaiting the time when they will be able to return to their country.

Some Yemeni refugees in Egypt have been in the country for quite some time. Qoussayad Abdel Ghani fled to Cairo back in 1996, long before most others. He has worked at a Yemeni restaurant in Cairo for the past 11 years. Abdel Ghani, a southern Yemeni and former journalist, decided to start a new life, moving with his family and running from his own issues back home. He eventually married an Egyptian woman and lives in Cairo with their children. He speaks fluently in the Egyptian dialect.

“The most difficult period we had experienced in Egypt was from 2011 to 2015 — but what we have witnessed from 2015 until today is far worse. Yemenis here are tired; they do not want to talk anymore about Yemen and how they feel about it,” Abdel Ghani said.

He believes the attitude toward Yemenis has changed in Egypt. In Cairo, Abdel Ghani has become a Yemeni political activist. His job helps him meet many of the Yemenis coming in and he hears their stories. He cheers for the Gulf coalition to end the Houthi siege.

During his meeting with Al-Monitor, he called a Yemeni friend named Akram who was imprisoned by the Egyptian police just for being a Yemeni, he said.

Akram said, “I was going to help my brother with a problem in his shop” in Cairo. During a misunderstanding over passports, “the police took me and my brother to prison.”

“During the four days in jail, we were asked to pay or we couldn’t sleep. They let us sleep next to the bathrooms. They said, ‘Take out what is in your pocket or we will stab you.’ I gave them the 50 pounds [$6] I had in my pocket.”

Akram had been an information technology teacher at an American school in Sanaa. He has been in Cairo for the past 3½ years. He and his brother opened mobile accessories shops to help support themselves in Egypt.

Abdel Ghani concluded, “Yemenis suffer, but they do it in silence. They believe they will go back to their country.” 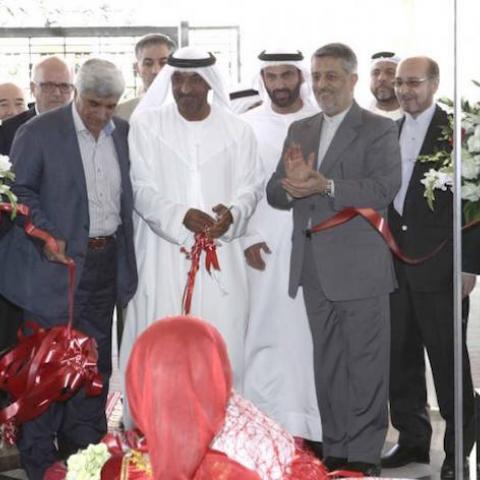 Iranian ambassador to the UAE: Iran wants to remove tensions with neighbors 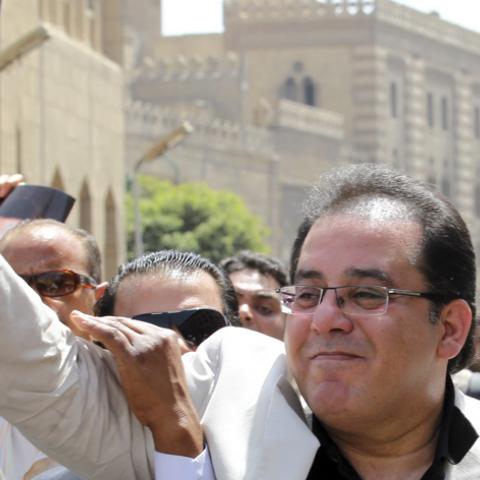