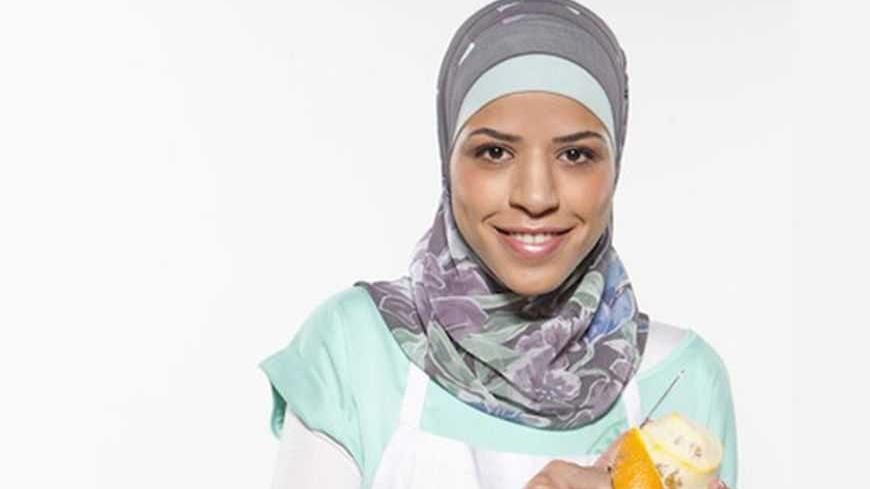 Salma Fayumi, a nurse with a masters' degree and a devout Muslim, appeared as a contestant on Israel's "Master Chef" reality TV show. -

Most Jews living in Israel know nothing about their country's Arab citizens. They make up 20 percent of the population, but they are increasingly perceived by the Jewish majority as undeserving of even the most basic rights. The attitude taking root in Israel today is that Arabs are not part of the nation’s social fabric, that they should either be evicted or penned in, and that they deserve to lose their citizenship. Studies of Israeli high school students show that most of them actually believe that Arabs should not even be eligible for basic medical treatment.

This racism and hatred towards Israel's Arab citizens stems from more than just ignorance. It also arises from the anger that exists among the Jewish public toward the Arab sector’s representatives in the Knesset. Actions taken by these politicians in expressing their solidarity with the Palestinians paint an entire community as failing to identify with the state of Israel and its values. Surveys leading up to elections tend to lump the various Arab parties into a nameless bloc known generically as the "Arab parties." Even the national television rating system divides up the country into "Jewish households" and "general population."

The Israeli media only places the Arab public in the limelight when the story involves violence, crime or collaboration with the enemy. Arabs find it hard to get invited as talk-show guests in their capacities as doctors, lawyers and engineers — in any capacity, in fact, other than the generic "Arabs" — even though Israel's Arab citizens include many experienced physicians and university lecturers in every imaginable discipline. We don’t see Arabs, we don’t hear them and we aren’t exposed to them either. Nobody knows that the art gallery in Umm al-Fahm is one of the finest in the country, since most Israeli Jews don't associate Arabs with the visual arts.

The only place where Israelis can see Arabs and connect to them emotionally these days is reality television. Since these shows have the audacity to present the human mosaic that is Israel and to grant expression to all sectors of the population, they always cast a token Arab. Besides, whenever there’s an Arab contestant, there’s a greater chance for either conflict or touching human stories. As a result, reality television has become the only media outlet where the Israeli public can be exposed to Arabs.

It all began with "Project Y," the first reality show ever aired in Israel. The winner, Faris Huri, was a young Israeli Arab, and his victory was seen as an expression of pluralism and acceptance of the other. That show was aired more a decade ago. Since then, there has been increasing hatred and hostility in Israel. Nonetheless, the power of reality television to present an alternative Arab face has only gotten stronger.

In 2006, Niral Karantinji, a young Muslim from Haifa, participated in "Israel’s Next Top Model." On this show, the Israeli public was introduced to a beautiful, bold young woman, photographed in swimwear and revealing clothes and shattering conventions along the way. She may have been rejected by the other contestants, not least because of her origins — but the Israeli public voted for her anyway, and she ended up winning the show. She was the judges' choice, but she was the audience's choice as well.

Two years ago, Futna Jaber, a restaurant-owner from Jaffa, became a housemate on "Big Brother." Jaber later went on to become a popular celebrity on talk shows and cooking shows. In doing so, she presented a very different message about the status of Arab women than the preconceived notions that can be deeply rooted in Israel's Jews.

Then there is "A Star Is Born," which has emerged in recent years as the proverbial campfire where all of Israel gathers and shares its songs and stories in one big jamboree. This is a seminal show that shapes and influences Israeli society, and one of its contestants, Miriam Tukan from the village of Iblin, made it all the way to ninth place. Tukan performed Israeli classics with a thick Arabic accent, stunning the judges and audience alike. A beautiful young Israeli Arab took songs that are hallmarks of Israeli culture, plucked them out of their natural setting and put a whole new twist on them — and it worked. People loved it.

But beyond a doubt the person who showed off the Arab community in a way that many Jews had never seen them before was Salma Fayumi from Kfar Kassem, who was a contestant on "Master Chef." Fayumi, a nurse with a master’s degree, is a devout Muslim who wears the hijab. She is one of the most impressive reality stars to appear on television in years. Yes, she looks like an Arab, but apart from her appearance, it is virtually impossible to pigeonhole her. Her Hebrew is fluent and rich, and her sense of humor is tantalizingly self-deprecating. She is good-looking, educated and a wonderful cook. This is the stuff that reality stars are made on.

And so, pervasive stereotypes are shattered by these reality stars that Israel’s Jewish public encounters on a daily basis. Suddenly the demon has become human, vibrant, real — a person with a face a voice, and a sparkle in the eye. That demon has opinions, a worldview and plenty of charisma too. Most of all, it is a part of us. We identify with it, share in its joys and feel its pain. We see Salma hugging the contestant who was just dropped. We see her struggling over a recipe for fish in cream sauce. What we really have before us is a person who feels just the way we feel — who feels, and who gets us to feel too.

Reality television in Israel has become just about the only space in the media where we can meet Arabs. Here they are presented and perceived as an integral part of Israeli society, as people with rights who actually belong here. How unfortunate it is that that the most problematic format on television when it comes to respecting human dignity is also the only format that respects Israeli Arabs and allows them to be a part of the larger Israeli society with all its many shades and hues.