When you mix Israeli-Arab cuisine with Facebook and social media, you get the perfect recipe for empowering both young and older women, writes Michal Aharoni. 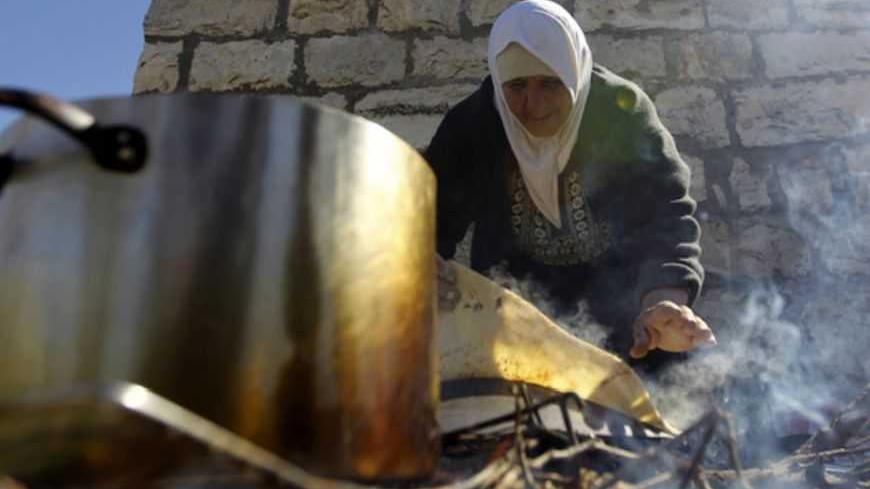 A woman prepares bread for Palestinian and foreign activists protesting against what they say is Israel's denial of access to their farmland, in the village of Khirbet Zakaria, near the settlement bloc of Gush Etzion, Feb. 4, 2013. - REUTERS/Ammar Awad 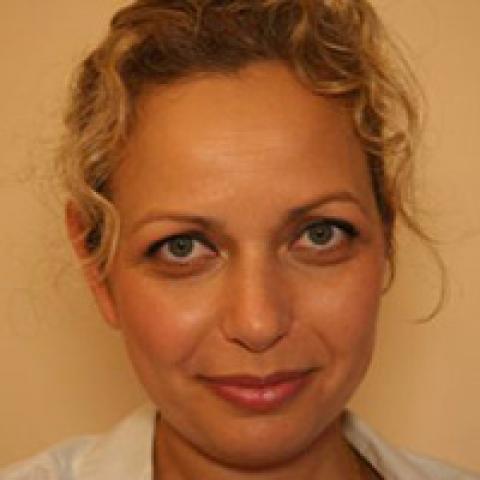 Recipe: 1 kilo flour, 1 tablespoon active dry yeast, 1 heaping teaspoon salt, 1 heaping teaspoon sugar, 1 cup olive oil and lukewarm water. Mix the dry ingredients and then add the wet ingredients. Allow the dough to rise for as long as possible, even overnight. Then roll, cut into squares and fill with meat or chickpeas. Deep fry, and you have sambusak.

I learned to make sambusak on Facebook. Maisa Usama Bishara, a lawyer from Baka al-Gharbia, posted a picture of sambusak and I immediately asked for the recipe. She sent me a link to a community called Mtbkhnaa [kitchen], predominantly made up of Arab women from around Israel and is dedicated solely to cooking. The community’s page has earned more than 14,000 Likes, and the group grows from day to day just through Facebook connections and word of mouth.

Mtbkhnaa is but one of many food communities on Facebook. Arab women, many of whom are housewives whose lives have revolved around family and their immediate environment, have discovered Facebook and learned that food is a subject that brings people closer together. Through food, they talk to one another, express themselves and their creativity, which until now had only been seen in their private space. Through cakes, baked goods and cooked food, these women enter the public arena, revealing a bit of their lives and homes, establishing relationships that would never have otherwise been possible, creating a world for themselves that is theirs and theirs alone, but still is in line with the global culture that's given legitimacy by the environment. This is a world that bypasses prohibitions and restrictions. There are no religious or social strictures against a woman presenting her handiwork, regardless of how religious she may be. They cook and bake for their families and environment, not for profit or fame, and that is why their cooking becomes legitimate. At the same time, food becomes a culture that facilitates empowerment and self-expression.

There are many, many groups dedicated to food in all around the entire world. The Internet and social networks make it possible for everybody to give full expression to what up to now has been kept within the confines of the home. The global food culture, chefs who are celebrities, availability of a wide variety of food and accessible advanced technology have made food something far greater than a means of subsistence. But the discussion that is conducted about this subject relates to questions such as quality, originality, sophistication and trends. It sets standards for cooking and challenges people who cook. Nobody is judgmental in the Arab food communities. The food presented can be simple, basic and unsophisticated. You can use pasta from a bag or pastry dough that comes ready to be filled, even to serve on paper plates. The sense is that it’s not a competition. You don’t have to prove anything to anyone, just to share.

It’s a safe place. Each woman is free to tell her own story here. A picture of a table laden with sweet pastries relates the story of a family celebration. A picture of a heart-shaped cake tells a love story without any words. Words like honor or embarrassment don’t exist in the dictionary of photographed food. There are women who will never write a status that conveys emotion, declare their love for their husbands or children, but they will post a picture that uses social codes we are all familiar with to express feelings. Even the comments to the posts generally relate to how a recipe is made. There are no personal statements, none of the wisecracks, humor, cynicism or arrogance that are typical of the virtual world. The comments are polite, free of sentiment, focused on the food itself and not on the cook. The recipes are always written in Arabic, but you can see how Hebrew has seeped into the language, when in the list of ingredients some women write shamenet metuka [whipping cream] or shimrit (wet yeast), which are Hebrew words written in Arabic script.

A large gap exists in the Arab sector in Israel between older women and the younger generation. Young Arab women study and work outside the home. They are independent, educated and are more assertive. But the members of these groups are not only the young women, but also older women who never had the benefit of higher education. They have a different worldview than the young women do. The kitchen, food, flavors and recipes are what bring them together, bridging the generation gap and creating a bond between women, who, despite their education and perception of reality, live as a minority and are forced to cope with discrimination that has spanned decades.

And there is the sense of pride. A woman who cooks for her family might get compliments, but over time the family grows accustomed to her work, and things get taken for granted. After all, the woman ''fulfills her duties.'' But when she photographs what she has made, when other women see it and click "Like" or add a comment, something every day and routine suddenly becomes special; what’s standard becomes unique and receives another type of recognition. Everyone with a status on Facebook checks how many Likes they have, feel that the intensity of the response says something about them, about who and what they are. The same goes for cooking, which is transformed from an ordinary action to an event that is entitled to recognition, simple and routine work that becomes special and noteworthy.

These Facebook groups also reflect the changes traditional Arab cuisine is undergoing. The Jewish public in Israel views the Arab sector as a single unit, observes it from the side, with absolutely no clue as to what is really going on there. Through the pictures and recipes posted on the Internet, you can learn just how different the sector is from the way it is perceived by the Jews, just how dynamic and accepting it is. Yes, you can definitely find a very large number of recipes and pictures of traditional foods such as baklava, falafel, salads and ultimate dish — hummus. But there are many pictures and recipes of food perceived as Western: stir-fried meats, pasta dishes, lasagna, fancy cream cakes and recipes with quinoa. These groups provide us with the opportunity to have a fascinating look inside a culture and society that is undergoing a complex and incredible process. A society that is constantly asking itself questions, a society that ponders its identity – not only internally, but also externally. A society that is using food to tell the story that many people in Israel simply ignore. A feminist story that is reflected in the pictures of food and recipes.

Arab women who have broken down barriers appear on Israeli reality TV shows. They allow themselves, even with the support of their families, to enter the public arena on prime time. The food groups on Facebook are a microcosm of that very process. Not all women are capable of and want that kind of national exposure for themselves and their families. But food provides an opportunity for limited, controlled and measured exposure, in a safe place. It allows women to gain recognition and create the self they need.

Michal Aharoni is a public relations professionial, playwright and columnist. Aharoni earned her theater degree from Hakibuzim seminar in Tel Aviv, followed by a master of arts degree from Middlesex University in London. For the past years she was working for many Israeli politicians as a spokeswoman. She currently writes for Maariv and for its Nrg website.