Israel and Obama's New Plan For the Middle East

President Obama has a new plan for the Middle East: to both revive the peace process and deal with Iran and nuclear proliferation, writes Ben Caspit. 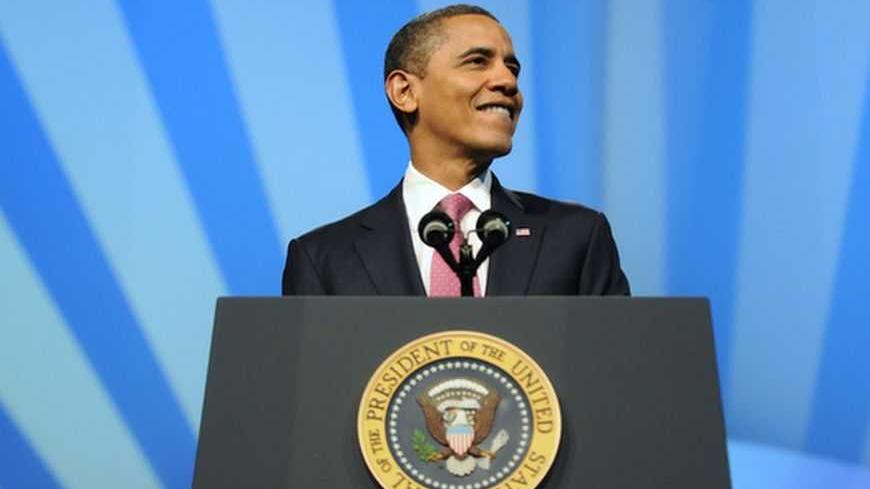 Last week, former British prime minister Tony Blair sent an invitation to the sitting president of the United States, Barack Obama, calling on him to come visit Israel next June.

Why would Blair invite Obama to Jerusalem? Well, Blair also happens to be president of the President’s Committee, an event organized by President Shimon Peres that takes place annually in Jerusalem. Every year, this shindig is hyped as a “Celebration of Shimon Peres,” but this year it will be ten times more colorful, because Peres, Israel’s most popular statesman and, indeed, one of the best-known statesmen in the world, will be celebrating his ninetieth birthday. True, he was technically born in August, and the festival is scheduled to take place in June, but then again, why nitpick? Peres is turning ninety years old, and the whole world will be coming to celebrate!

The guest list for Peres’s eightieth birthday was rather impressive too, and back then he wasn’t even a president. So, if war doesn’t erupt in June — and we’ll only know in June — Jerusalem will be overwhelmed by presidents, prime ministers and an impressive cast of international dignitaries. They will all be coming to congratulate the man who is truly Israel’s "elder statesman," but at the same time they will be coming to express their solidarity with all that Peres represents.

Which brings us to our main point: What will be the outcome of the second consecutive terms of these two sworn rivals, US President Barack Obama and Israeli Prime Minister Benjamin "Bibi" Netanyahu (for whom this is actually his third term) for their respective countries and the entire Middle East? Well, Obama has a plan. Just a word of warning though: He had a plan during his last term, too, and that all came crashing down as soon as he delivered his Cairo speech, which is now fading away in the dustbin of history. In other words, every plan is subject to the idiosyncrasies that make up the reality of this crazy Middle East.

So what is Obama’s current plan? First of all, he wants to ease tensions. He has no intention of going head to head once again with Middle Eastern chaos that can’t be bridged. This time he’ll repeat what he did during the Libyan crisis and send the Europeans in first.

British Prime Minister David Cameron will play a key role. The Europeans will play the "bad cop," presenting their own peace plan, but also threatening Israel with sanctions. These sanctions will start by marking goods produced in the West Bank settlements, and could develop into sanctions against those goods. They might even develop into limitations on trade agreements with Israel, so that the agreements cover goods produced within the Green Line only, for example. German Chancellor Angela Merkel had so far managed to prevent such moves and reined in some other harsh European measures, but she has apparently shifted sides and now supports them.

What will Obama do in the meantime? He will continue to apply serious pressure on Iran, while letting Netanyahu suffer the "slings and arrows" of the Europeans. If Obama does drop in on Jerusalem this June, it will be only to highlight his reservations about everything that Netanyahu stands for, in contrast with the solidarity he feels for everything that Peres represents.

Obama didn’t put Chuck Hagel in the Pentagon because he is anti-Israel. He did it to challenge the defense establishment and the conservative American approach to security, which has serious implications for the economy. It’s not just happening in Israel. Even in America, everyone is talking about cutting the defense budget and dismantling the defense industry’s monopolies, but no one is actually doing anything about it. Obama wants it to finally happen.

More properly, the American president has three main goals for his second term in office. First, he wants to initiate comprehensive economic reform (which will be achieved by changing the nation’s priorities, as in dismantling the bonds between the US and its predatory weapons establishment). The second, which also pertains to disarmament, focuses on the personal weapons that the average American owns. Obama wants to tighten supervision on the ever-increasing number of privately owned weapons that are flooding America, and in doing so, to save lives. His third goal is to reduce the growing tensions between the US, China and Russia, and to build bridges to those countries. The purpose of this is not only to make the world a calmer, safer place, but also to isolate fundamentalist Islam (and neutralize nuclear proliferation worldwide along the way).

All of that is what Obama wants to leave as his legacy. One path to achieving this passes through the Middle East. Someone has to pour cold water over this smoldering powder keg in an effort to create a more pragmatic, less volatile region.

And so, getting back to the subject at hand, the Europeans will spearhead this effort, while Obama resolves the Iranian issue (either with words or with deeds). Then, if things go according to plan, both the Israelis and the Palestinians will go to see Obama. The Jordanians may show up too, and maybe even the Arab League for backup. Obama will be ready to receive them, but only on one condition: They must come prepared to take real steps forward. It will then be possible to restore the interim agreements to the agenda, even if they are based on massive international economic aid, or to revive the idea of a confederation with Jordan, or even the Arab League initiative, or all of them at once. Obama hopes that by then, conditions will be right for a historic move of this magnitude. If they are, he will be pleased.

If not, he won’t lose any sleep over it. We can all burn in hell here, as far as he’s concerned. It will only take a few more years for America to gain energy independence, and then the Middle East can go back to being what it once was: a dubious tourist destination.

And how does Bibi prepare for all this? Either he stays true to form and does nothing, hoping that things somehow work themselves out (and it should be noted to his credit that last time they did), or he’ll do what so many around him hope he will and form a sane, pragmatic, democratic coalition that he can present to the world. This means a government with Tzipi Livni, Yair Lapid, Shaul Mofaz’s Kadima and maybe one ultra-Orthodox party. Such a coalition will allow him to send the extremists scuttling back to the corners they crawled out of and to restore Israel to the place it once held, at the hub of international legitimacy.