Will Israel Support a Compromise on Iran's Nuclear Program?

Israeli officials are considering what might be the acceptable terms for Jerusalem if there is a new US-led diplomatic initiative with Tehran on Iran's nuclear program, writes Ben Caspit. 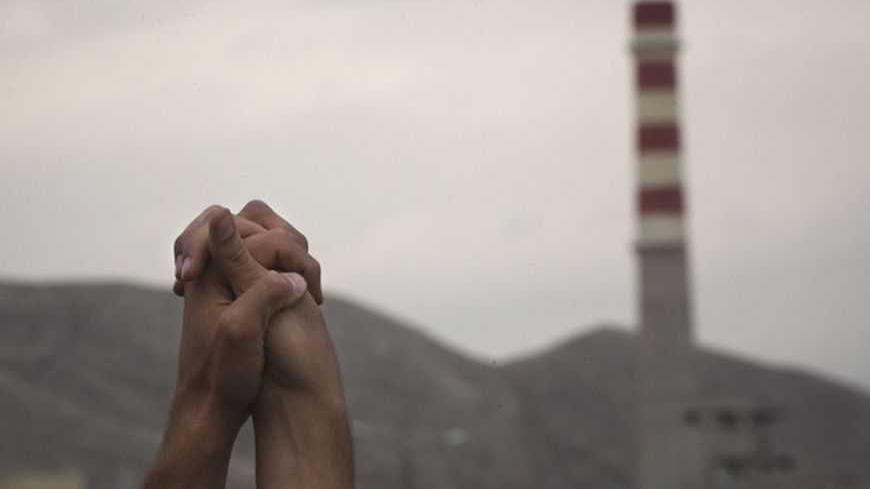 During the first four months of the year, or so goes the assessment in Israel, the Obama administration will propose a pragmatic compromise to the Iranians in order to bring about an “end to the conflict” over the nuclear issue. The Americans have already made known that they intend to contact the Iranian government “absolutely one last time,” just as soon as President Barack Obama begins his second term in office. Intelligence sources in Israel share the assessment of political and diplomatic sources alike that the intensified sanctions imposed on Iran have had a staggering impact on the country’s economic and internal situation. As a result of this, the Iranians will respond to these overtures by showing greater readiness to enter into real negotiations than ever before.

The professional recommendation that Prime Minister Benjamin Netanyahu received from the Foreign Ministry this week was that he should not oppose these renewed contacts between the Americans, the West and Iran. This recommendation relies on the following principles: First of all, it is obvious that Israeli opposition to this new round of diplomatic talks will neither advance nor prevent them from happening and therefore cause much more harm than good, with Israel painted yet again in contrarian colors for urging and encouraging war against Iran. Yet another reason for Netanyahu to accept these recommendations stems from the recognition that Iran is starting to “think twice,” that sanctions work, and that they have a profound impact on the mood among the ayatollahs in general, and Ayatollah Khamenei in particular. According to some assessments, Iran is not far from recognizing that its nuclear efforts not only fail to contribute to the regime’s chances of survival. They could also be the direct cause of its downfall.

Netanyahu has yet to decide how he will act and what Israel’s policy will be in the face of the next, decisive round of talks between the West and Iran. If he accepts the Foreign Ministry’s recommendations, which are supported by similar positions voiced by leaders of the intelligence and defense branches of Israel’s security apparatus, he won’t take any steps to oppose these negotiations. At the same time, however, he will demand that the Iranians be presented with a credible, convincing, photogenic military option. Israel will then declare that without a real military option, which is perceived as such by Iran as well, the negotiations have no chance of success.

Based on the assessment of various intelligence agencies in Israel and around the world, the Americans will propose to the Iranians that they suspend the enrichment of uranium to high levels of purity, but will allow them to keep some amount of low-level enriched uranium (3%) as a gesture of goodwill. At the same time, an international supervisory mechanism will be established to prevent Iran from acting behind the back of the international community. This will provide the world with sufficient safeguards in the event of any change in circumstances. Such safeguards will prevent a situation in which the Iranians go back to signing meaningless agreements that cause the international community to drop its guard, while they continue, full steam ahead, in their efforts to build a bomb, just like North Korea did in the past. The American proposal should certainly incorporate the lessons it accumulated in its failure in dealing with North Korea. If it does, say sources in Israel, this will be the first time since the Iranian nuclear race began that there will be a real opportunity to end the crisis, at least for the foreseeable future. The U.S. and the world will provide the Iranians with a ladder that will enable them to descend from the nuclear tree with their dignity intact.

Over the past few months, there have been furious discussions in Israel over what position should be presented in light of this development. It seems as if right now, things are starting to happen. The heads of Israel’s security forces, from the chief-of-staff on down, continue to present positions that are identical to those presented by their predecessors, positions that reject an independent Israeli military adventure against Iran. We don’t yet know the identity of the next Israeli defense minister, but the chances of it being Ehud Barak are quite slim. Nor is it clear what kind of coalition Netanyahu will put together after the elections, if he does form the next government (and only the most exceptional circumstances will prevent him from doing that), so the chances of Israel continuing to endeavor to launch a military operation against Iran on its own are tentative, at least at this stage. The hazy situation described here does, however, play a role in the emerging Israeli position, according to which it is both possible and necessary to allow the world to make every conceivable step in its negotiations with Iran so that it will be convinced of the necessity of military action. And what if the negotiations succeed? On the contrary, everybody benefits. In that case, the question to be asked is: What are the necessary outcomes? In the event that Iran agrees, we can anticipate a sharp debate between Israel and the West over the conditions of the agreement and the demands that the international community would impose on Iran. As they say, one problem at a time. We’ll tackle that argument when we get to it.