Iran, Israel and Their Red Lines Over Syria

Meir Javedanfar writes that a transfer of Syria’s chemical-weapon stockpiles to Iran may be a better option that the weapons falling into the hands of groups linked to al-Qaeda. 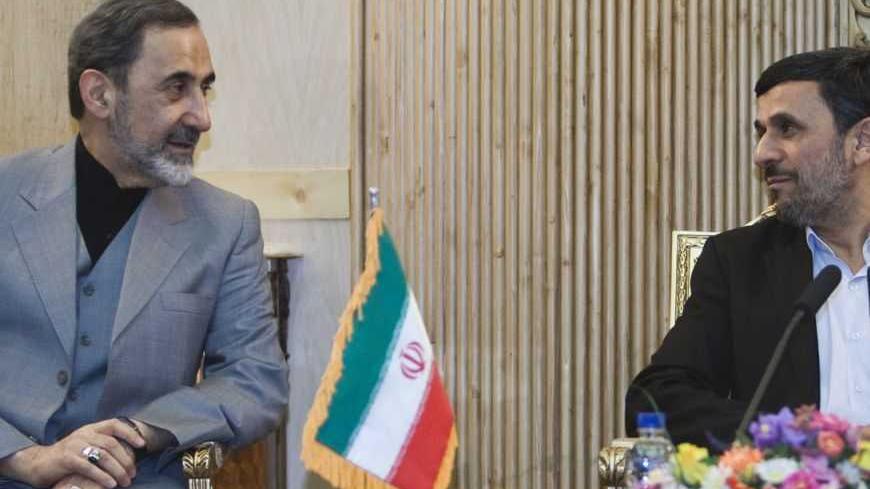 One day after, Israel drew its own red line around Syria. Concerned about the possibility of Syria’s chemical weapons falling into the hands of Hezbollah, Vice Prime Minister Silvan Shalom declared that transfer of such weapons would be a red line for Israel.

According to reports, today Israel crossed Iran’s red line by attacking a military target inside Syria killing two people and destroying a building.

Now that Iran’s red line has been crossed, we have to ask: What is Iran’s response likely to be? Will Iran attack Israel in retaliation?

If the reported events of Sept. 6, 2007, are anything to go by, the likely answer is: unlikely.

According to reports, on that day Israel attacked Syria’s nuclear complex in Al Kibar. Despite Iran and Syria’s close relations and a defense pact, Iran did not come to Syria’s help. The reason is simple: despite the warm words of friendship, there is a limit as to how much Iran is willing to sacrifice for the sake of its Syrian ally.

This is especially true under the current circumstances. Iran is facing the toughest sanctions in its history. Its already paying a very high economic price for its support of Assad. Becoming embroiled in a high or even low intensity war against Israel for the sake of Assad is something which it can ill afford.

Iran’s red line on Syria certainly has its own logic. The Iranian government has good reason to be concerned about a western or Israeli military strike against Syria at such a crucial and sensitive time. Such a development could set a dangerous precedent in the future. What if Iran has its own revolution in the future? If the West or Israel succeed in striking Syrian military targets in the middle of a Syrian uprising, what is there to stop them to do the same in the middle of an Iranian uprising? In addition to this, Tehran needs to show to its supporters that it’s willing to stand with them in times of trouble.

However, there is good reason to doubt the wisdom of setting a red line as a defense policy to protect Iran’s interests in Syria.

Red lines only work when the other side believes that the cost of crossing them is unjustifiably higher than the reward. Judging by the events in Syria which are spiraling out of control, something which Iran does not have complete control over, even if Israel had not crossed Iran’s red line today, somewhere along the line NATO will have to. Much like Libya this could take place with U.N. backing as the international community patience with Assad is likely to run out sooner or later. Its unlikely that Iran’s military capability and weakening economy is something which would stop NATO under such circumstances. It certainly did not stop Israel today. By setting redlines which others can and have crossed, Iran has caused damage to its regional deterrence posture.

The Western countries alongside Israel and Saudi Arabia are without doubt using events in Syria to settle scores with the Iranian government. All sides are likely to do all in their power to make sure that Iran pays as high a price as possible for its support of Assad.

Iran is also using Syria as a proxy to weaken the Syrian opposition forces, which it sees as the allies of the West, Saudi Arabia and even Israel.

While all side use Syria as a scene for a proxy war, the question of the fate of Syria’s chemical weapons remains unanswered. Assad may not transfer them to Hezbollah, but is there any guarantee that if after he falls some extremist offshoot of al-Qaeda is not going to get hold of them? No there isn’t.

Should that happen, we could all become victims. This includes Iran’s allies as well as al-Qaeda is vehemently anti-Shiite. Al-Qaeda is fundamentalist enough to use such a weapon against civilian and military targets. Furthermore, it has no state or business interests to lose in case of retaliation as its a non-state actor, thus increasing the chances it would use WMDs if it can obtain them.

Syria’s WMD stockpile falling into the hands of al-Qaeda is a red line which Iran and its adversaries in Syria must draw together, and make sure that Al Qaeda does not cross that.

If al-Qaeda does persistently try and the only other viable option to avoid this scenario is to transfer Syria’s WMD to Iran, than the West may have no option but to accept. That is an infinitely better scenario than al-Qaeda getting its hands on such a weapons. Al-Qaeda is a  suicidal non-state actor with nothing to lose by using such weapons, however the opposite is true about Iran. As unpleasant as it may be, this is one scenario which the West should not draw a red line around.

by Murielle KASPRZAK and Joseph SCHMID | AFP | May 26, 2022
END_OF_DOCUMENT_TOKEN_TO_BE_REPLACED