Israel Must Deal With Iran in Syria

Iran will seek to weaken Israel through a costly civil war in Syria, writes Meir Javedanfar. 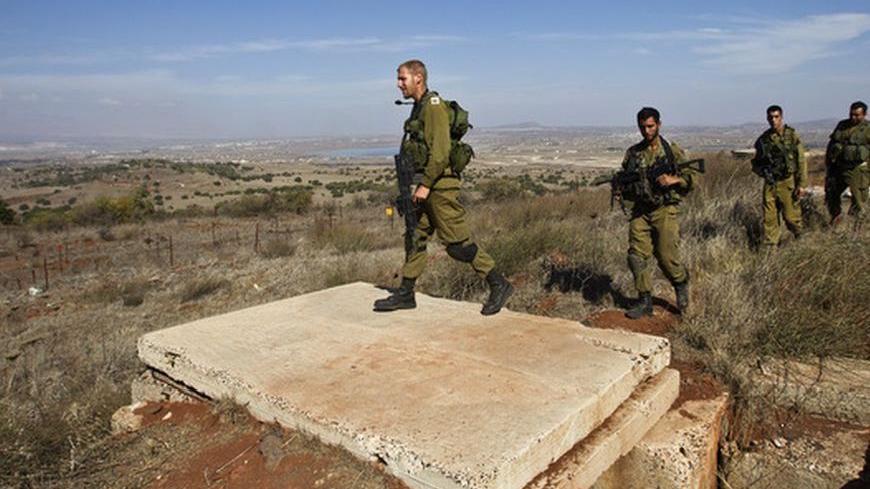 Israel seems to be preparing itself for the collapse of the Assad regime.

For now, Israel’s biggest concern about the possible fall of Assad seems to be the fate of Syria’s chemical weapons. According to Israel’s Prime Minister Benjamin Netanyahu, Israel is cooperating with the US and international community on this issue. But when Assad falls, his regime’s chemical weapons will not be the only possible threat to the State of Israel.

In the case of a Syrian civil war, Iran is likely to do its utmost to bleed Israel diplomatically, economically and militarily by drawing it into a long guerrilla war in Syria. Tehran was hoping that this would happen during the recent conflict in Gaza, but was disappointed when the war only lasted eight days.

Hasan Hanizadeh, a Tehran-based strategic-affairs analyst, recently told the Associated Press that "Iran is concerned about the power of pro-Saudi forces if Assad is brought down." Hanizadeh believes that as a result, “Iran is trying to organize other groups in Syria as alternatives, just in case." Part of this organization is likely to include setting up weapons caches inside Syria which can also be used against Israeli targets.

The question which we in Israel must ask ourselves is this: Are we ready to meet this threat?

In terms of a military response, Israel has overwhelming firepower in the air and on the ground, as well as a sophisticated missile-defense system. Israel can also use the commanding Golan Heights to locate and fire back at rebels that target its army and civilians.

But being militarily prepared is not going to be sufficient.

As the recent Gaza war showed, Israel will also need to be diplomatically prepared as well. After all, it was the lack of diplomatic credibility which stopped Netanyahu from launching a massive ground operation against Gaza militants.

To attack targets in Syria, Israel will need as much diplomatic credibility as it needed in Gaza, if not more.

After all, to counter the threats from Syria, Israel is going to have to attack the territory of an Arab country. This could have many consequences in the Arab world, including with countries with whom Israel has relations, such as Jordan and Egypt. As much as Egypt would be against the spread of the Iranian regime’s presence and influence in post-Assad Syria, its unlikely to sit idly and watch continued Israeli strikes against territory of another Arab country.

The Egyptians may not say anything about the first 10 aerial Israeli strikes against Syrian territory, but after that, they are probably going to want to become involved. This is especially true since Egypt under President Mohammed Morsi is trying to become the leader of the Arab Sunni world. There are also domestic challenges which Morsi’s government is facing, from which he will want to divert attention, and therefore, the chances that he will want to be seen stopping Israeli attacks against Syrian territory increase even more.

What Iran will be hoping is that Israel will continue with its settlement construction, because that would reduce Israel’s diplomatic ability to justify its attacks against Syrian territory. Although Israel has every right to respond to attacks against its sovereignty, the fact that it has been provoking the Arab world and the EU with recent settlement expansions means that tolerance for Israeli military action in against the territory of another Arab country will be lower.

The recent deterioration in relations between Israel and the EU over construction plans in Jerusalem’s E1 area has been a gift for Ayatollah Ali Khamenei. For a long time, the Iranian regime has wanted to see Israel and the EU grow apart, but it was unable to do much about this. This is especially true about Israel’s relations with Catherine Ashton, who heads the EU’s nuclear-negotiation team with Iran. Over the years, the Iranian regime has been angered by what it sees as Ashton's closeness with the Israeli government over the issue of Iran’s nuclear program. The Iranian regime must now be very content with Netanyahu’s recent settlement decision, as it has raised Ashton's ire, something which Iran has always wanted. Khamenei has also wanted the Israeli government to be placed under EU sanctions. All it has to do now is to wait and see whether Netanyahu will do the job for him by building more settlements.

That is further down the line. What is more immediate is the emerging threat from Syria. Israel’s northern citizens will be in the crosshairs of Iran’s allies in Syria. Israel will need to respond such a threat, and to do so effectively, it will need to end its self-imposed isolation, brought about by counter-productive settlement policies. Firepower alone won’t be enough.

Meir Javedanfar is an Iranian-Israeli Middle East analyst. He teaches the Contemporary Iranian Politics course at the Interdisciplinary Center in Herzliya.