Iran Not a Priority For Most Israeli Voters

Israeli voters are more concerned about domestic politics than the threat from Iran, Meir Javedanfar explains. 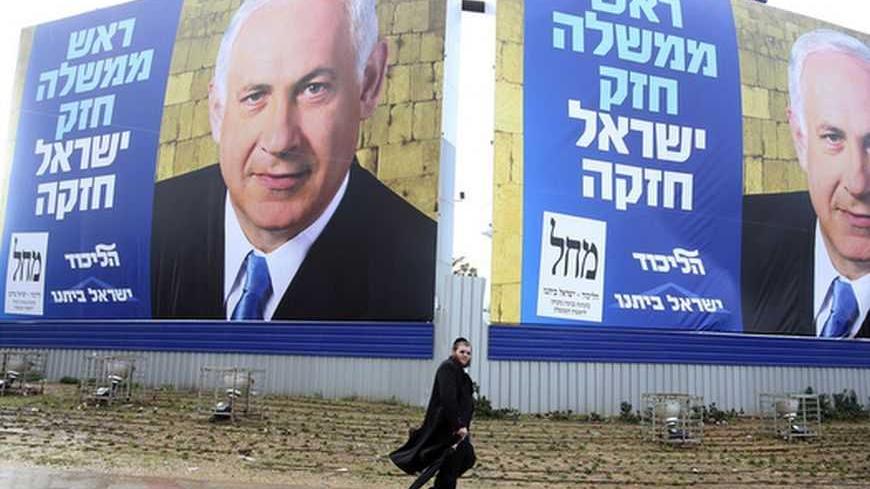 A recent poll by the Times of Israel showed that the Iranian threat is viewed by only 12% of likely Israeli voters as an urgent issue, whereas 43% of likely voters viewed economic problems as the most pressing issue.

But how can that be? How can so few Israelis be concerned about a regime which has continuously called for their country's elimination, has denied the Holocaust and has armed and financed their sworn enemy, Hamas?

How can only 12% of likely Israeli voters be concerned about Iran and its nuclear program, when their own prime minister has continuously called Iran "the greatest world danger?" This is in addition to describing the regime in Tehran as "apocalyptic," while on other occasions likening it to Adolph Hitler's regime in Nazi Germany.

So what happened? How did the centrifuges in Natanz lose to the rent in Tel Aviv in terms of top concerns for Israelis?

There are a number of reasons which in my view as an Iranian-Israeli and a researcher of this topic explain this very interesting phenomenon. I will explain them below, in the descending order of importance.

Much like almost every other country, in Israel, domestic concerns trump external concerns. Although in the initial years of Israel's establishment this was not the case, 2013 cannot be compared to 1948, 1958 or 1968. Although Israeli Prime Minister Benjamin Netanyahu tries to play on the population's fears by portraying Israel as a country facing imminent demise from Iran (unless he saves it), the fact that today Israel is a regional superpower is not lost on many Israelis. This is why, unlike the first few decades after Israel’s independence, Israelis can afford to focus on domestic issues more than on Iran.

Unlike Israel's current settlement policies, when it comes to the Iranian regime’s threats, not just the US but the entire Western world stands with Israel. Even the Chinese and the Russians today are negotiating against Iran as part of the P5+1 group. Furthermore, the sanctions against Iran, together with US President Barack Obama's promise that he will not allow Iran to acquire nuclear weapons, seem to have convinced many in Israel that when it comes to the Iranian regime, Israel is not alone.

Former Mossad chief Meir Dagan calling an attack against Iran "the stupidest thing he has ever heard" is another important reason. When Israel's former master spy, who Ariel Sharon described as specializing in "detaching Arabs from their heads," says something like this, Israelis may be forgiven for thinking that that their country is not in danger of imminent destruction by Iran.

The 2009 post-election uprising in Iran is another reason. The events in June 2009, when initially millions of people poured into the streets of Tehran to demonstrate, created an image of the Iranian regime as one which is deeply divided, unpopular and unwanted by majority of its own population. This led to the perception in Israel that despite its threats against Israel, the regime in Iran has far bigger problems at home.

The positive image of Iranian people in Israel has also been another subconscious factor. Many Israelis have a very negative image of the Iranian regime, but a positive one of the people of Iran. A question which Iranians in Israel are asked is "how can such a well-educated people with such a great history have such terrible leaders?" This high regard is supplemented by the Israel's own Iranian population, which is very proud of its heritage and speak very highly of the people of Iran. Added to that are stories of Israeli tourists traveling abroad and having very positive encounters with Iranian tourists. A good example is Ron Edry, the founder of the Israel loves Iran group. His first-ever encounter with an Iranian abroad was positive, and this helped shape his impression that the people of Iran do not support the regime's extremist anti-Israel views and are not Israel’s enemies, and therefore war against them would not serve Israel’s interests.

The success of Iranian cinema in Israel is another factor which deserves a mention. Iranian movies have been quite successful there, and are shown in many places across Israel. For example, the Oscar-winning movie "A Separation" was shown daily for five months at Tel Aviv's central Dizengoff Lev cinema. According to the cinema’s manager, very few foreign movies (that have not been made by Western countries), if any, have proven to be so popular with Israelis. Iranian movies have done a great deal of damage to portrayals of the people of Iran as extremist and supportive of the government's views.

Despite their hostility and differences, the Iranian and Israeli governments have one thing in common: They both try to portray outside threats as the most urgent issue, but their citizens disagree. They believe that domestic issues are far more urgent and pressing. It’s time for both countries to listen to their public.