In the midst of ongoing political disputes within Iraq, the country’s central bank is facing a number of problems, writes Omar al-Shaher. 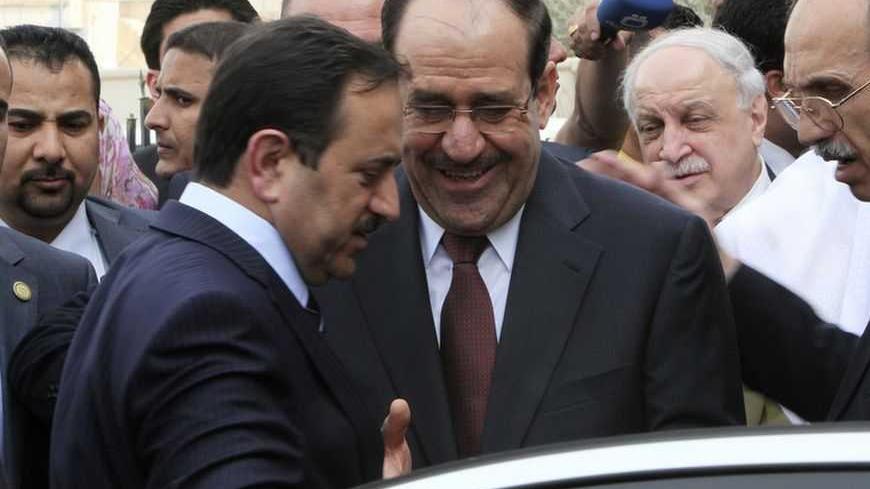 Sinan al-Shabibi, the former governor of Iraq’s Central Bank — the highest monetary authority in the country — was not the only banker who made it onto the wanted list in Baghdad. Hussein al-Uzri, the former head of the state-owned Trade Bank, preceded Shabibi.

Both bankers are, maybe by complete happenstance, friends with the prominent banker and politician Ahmed Chalabi, who went from being one of Iraqi Prime Minister Nouri al-Maliki’s supporters to one of his opponents. Perhaps it is also a coincidence that he happened to take on substantial roles in the process of redeveloping the Iraqi economy that was launched by Paul Bremer, governor of Iraq after 2003. Shabibi assumed the position of Iraq’s Central Bank Administrator and thus was responsible for exchange rates and exchange reserves, while Uzri became head of the Trade Bank of Iraq, which regulates Iraq’s international trade and funds reconstruction operations.

The prime minister’s rivals in Baghdad have noted that Maliki, for nearly a year now, has been carrying out a plan to grab hold of power in this country in which political divisions escalate proportionally with an increase in fuel production.

Maliki is accused of launching a campaign to monopolize power, following the complete withdrawal of US military troops.

In that sense, Maliki discharged Uzri in the middle of last year, after accusing the latter of being involved in corruption. This is the same charge upon which Shabibi’s arrest warrants were issued a month ago.

The latest accusation facing Maliki concerns his attempt to use his power to influence Iraq’s central bank. This interference is prohibited by lists that were set by Bremer back in 2004.

The central bank is viewed as a model for how the US wants modern Iraq to be, and a symbol of transparency in a country that was plagued with corruption during the era of the late President Saddam Hussein.

In 2004, Bremer drafted a special law for the central bank, which granted the bank a large degree of independence from government policies. The bank was in charge of exchange rates, amidst a general economic scene that had been characterized by oscillations for many years, as a result of economic sanctions imposed on Saddam Hussein’s regime.

Since then, the central bank decided to intervene directly with exchange rates and thus a committee was formed to hold auctions three times per week to sell the foreign currency for a fixed price. Hence, the bank succeeded in stabilizing and preserving the required rate, even though it was losing $1 million weekly from exchange reserves.

However, the international sanctions imposed on Iran because of its nuclear program, and on Syria following the suppression of protests, have pushed the Iraqi Central Bank into the spotlight.

The unofficial version of the story is that the US asked Shabibi to tighten the procedures for currency selling within the local market, in order to prohibit money transfers to Iran and Syria, which were both under sanctions. When the central bank complied with the suggestion, the Iraqi government was outraged.

In April of last year, the central bank adopted a series of measures to rein in what was said to be smuggling operations aiming at providing Iranian and Syrian banks with foreign currencies from Iraq. These measures included decreasing the sale of US dollars from about $1 million per week to $300,000 at most. This had a direct impact on the exchange rate of the Iraqi dinar, which decreased in value by about 5% against the US dollar.

Prominent politicians in Baghdad noted that these measures — which, on a general level,  were aimed at preserving the exchange rate and, on a deeper level, to tighten the grip on Syria and Iran — angered Maliki. This incited him to interfere — as he has done before — by appointing one of his close acquaintances as head of the Trade Bank.

As a result, the cabinet authorized Abdel Baset Turki, the head of the Board of Supreme Audit, to run the central bank temporarily.

Informed sources in Baghdad hinted that Shabibi was replaced as a result of a deal concluded between Maliki and the head of parliament, Osama al-Najafi.

The sources stated that Najafi, who strongly objected to Maliki’s attempt to take over the central bank, agreed on discharging Shabibi after making sure that the prime minister would assign a Sunni, Abdel Baset Turki, as his replacement, even though the latter is a potential ally of Maliki.

The committee formed by the head of parliament to investigate the accusations of alleged financial impropriety against Shabibi disclosed that more than a billion dollars were sold during the bank’s auction without tracing the sources of the money. However, sources close to Maliki confirmed that the prime minister’s anger is related to Shabibi’s failure to hand over legal documents related to the selling procedures of about $220 billion in the auction.

Some of these sources claim that certain bank documents were counterfeited in an unprofessional way, yet — despite that — have eluded auditing. This is a fact that was later revealed by the parliamentary committee.

It is still unclear whether or not international parties will intervene to investigate the central bank case. While a member of the parliamentary financial committee announced last week that a delegation from the United Nations had arrived in Iraq to investigate this case, the UN Mission in Baghdad and the ministry of foreign affairs have both denied the claim.

Many Iraqis view the case of the central bank as a part of the political conflict in Iraq, and feel that the investigations will not lead to anything.

The many problems deterring economic growth in Iraq — such as the case of the central bank and the fuel and gas law, among others — will not be solved if consensual political agreements are not reached.

Yet, the attempts to change the rules of the political game — set by the US after its military withdrawal — require, according to many Iraqis, a reconsideration on the part of Washington.