The European Union, on its own, will not be able to “impose'' a political solution to the Israeli-Palestinian conflict, argues Nadav Eyal. 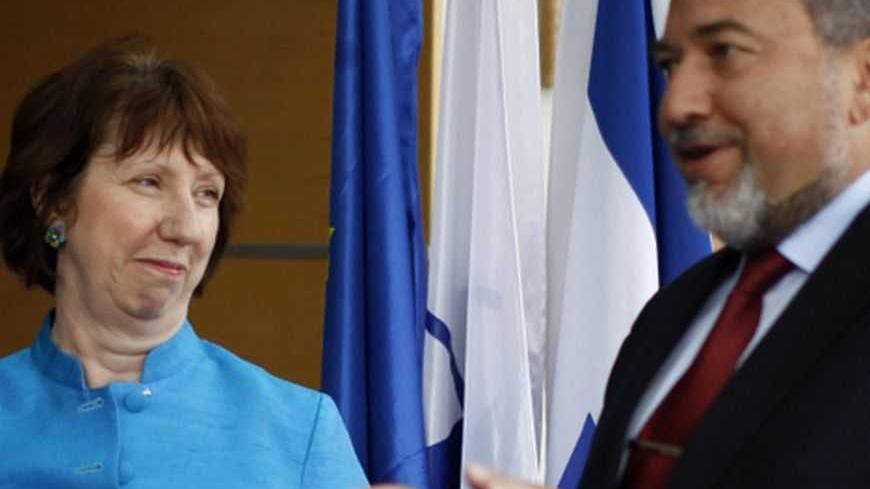 At first glance, the report in Haaretz several days ago [Dec.  26] might have sounded threatening. The European Union has despaired of the Palestinians and Israelis (mainly the Israelis) and in 2013, according to Barak Ravid, the paper’s diplomatic correspondent, intends to “force” the establishment of a Palestinian state.

The immediate need for such a move, according to the report, stems directly from Israeli and Palestinian interests, as identified by experts in Brussels, Paris and London.

This conclusion regarding Europe’s intentions is apparently the result of an internal Israeli Foreign Ministry discussion. Before we delve into its details, a small sidebar is in order about the (alleged) intimidators: Perhaps, after imposing a diplomatic solution to a century-old conflict in the Middle East, the French and the Germans might be able to resolve their sharp differences with the Conservative government in London over the future of the European Union itself. Maybe they could finally decide whether the European Union is a state-like body with a real government, a type of confederacy, a federal entity or a kind of unified statement of intent? Perhaps they could also give the world a hint of how they will cope with tensions between the Union’s periphery and its economic capitals.

After all, these questions lie at the heart of the deepest crisis in the union’s history, a crisis that is the result of the global economic recession. The visionaries of the European Union wanted to have the best of all worlds — a monetary union without a fiscal union. One of the ensuing results is the Greek fiasco. Another is high double-digit unemployment among young people, in the southern and eastern states of the union.

These arguments are being made here not in order to denigrate the power of the Union but simply to ask — does today’s European Union possess the required prestige to “impose” a solution?

The answer, probably, is “no.” The European Union was never able to gain an impressive foothold in Israel in order to influence decision making, a foothold that is remotely reminiscent of US influence regarding Jerusalem. It does not enjoy popularity, either. This is understandable. Israel’s population has been moving to the right in recent years and the European Union maintains its position supporting the creation of a Palestinian state. Notwithstanding the fact that the union repeatedly stood by Israel’s side in confrontations with fundamentalist organizations such as Hamas and Hezbollah, it never managed to break through and become a force able to effectively block moves by the Israeli government. Only one person in the world holds such power — the president of the United States.

The European desire to reach an agreement and to change the path of the diplomatic process is perfectly understandable. From a patriotic Israeli point of view, at least in the eyes of this writer, it is very justified, even essential.

The problem is one of effectiveness. The European Union does not leverage its powers, not in an effective manner and not very cleverly, in order to achieve the desired results. Mainly, it repeatedly fails to create a joint strategic vision with the United States and to bring it on board for such a process. Occasionally, a senior European comes up with an independent course of action; there’s no point to such attempts without full American support. This is the first message to Europeans interested in change: It will not work without the United States, not with the Israelis, in any case.

But there are more substantive questions. Many Israelis, as well as Palestinians, would be very interested in hearing whether the Europeans are willing to join an international defense force of observers in the case of an agreement ending the conflict; not a full-fledged military force (Israel traditionally refuses to allow its security to be placed in the hands of international bodies), but rather a widespread force of observers who will monitor the agreement and perhaps take some preventive steps.

Would the Europeans be willing to provide thousands of soldiers to such an end? Would they be willing to help fund the compensation payments for Israelis forced to leave their homes, as the Americans agreed to do during the Clinton administration? Will Europe provide Israel with a strategic defense umbrella in case of a comprehensive peace in the Arab world? And what about Israel’s accession to the European Union? In other words, do the Europeans have the will and the ability to help Israel, which will be forced to undergo a painful process, rife with threats, of determining its borders?

There’s another question. Would the Europeans be willing to propose to Israel the following deal — neutralization of the Iranian threat, by force if need be, in return for a peace agreement with the Palestinians? The Israelis might go for such a deal. Given that Iran poses a threat to Europe almost as much as to Israel, this is an obvious move. But is Europe willing to create a vision for itself that contains an element of deterrence, perhaps a military one?

There’s no doubt they have been making serious efforts in recent decades, even serious investments. But this requires the involvement of a world power. Europe has yet to decide whether it wants to be one.