Chuck Hagel for Secretary of Defense

US President Barack Obama has made an inspired choice by nominating Chuck Hagel to be US Secretary of Defense. 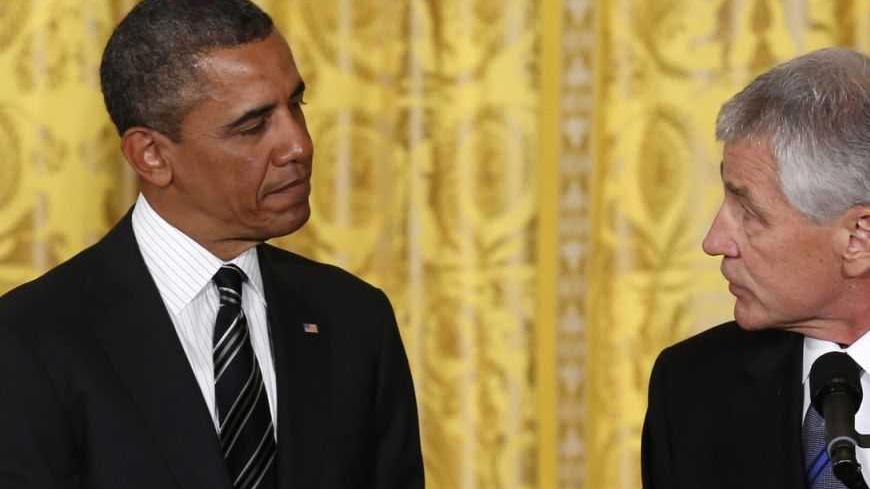 Chuck Hagel takes the podium after President Barack Obama announced the nomination of Hagel to be his new Secretary of Defense at the White House, Jan. 7, 2013. - REUTERS/Kevin Lamarque

US President Barack Obama has made an inspired choice by nominating Chuck Hagel to be US Secretary of Defense.

Hagel, a two-term Republican senator from Nebraska (1996-2008), is a decorated combat veteran with a compelling personal story.  He served on both the Foreign Relations and Select Intelligence Committees in the Senate and since leaving office has been co-chairman of the President’s Intelligence Advisory Board and a member of the Defense Policy Board.

Hagel is recognized around the world as one of America’s most prominent statesmen, especially on national security matters.

If confirmed by the Senate, Hagel will be joined in the cabinet by his former Senate Foreign Relations Committee colleague and fellow Vietnam veteran John Kerry, who is awaiting his confirmation as secretary of state, another excellent pick by President Obama.

"Chuck recognizes that American leadership is indispensable in a dangerous world. I saw this in our travels together across the Middle East. He understands that America stands strongest when we stand with allies and with friends. As a successful businessman, he also knows that even as we make tough fiscal choices, we have to do so wisely, guided by our strategy, and keep our military the strongest fighting force the world has ever known."

It is worth noting that Obama referred to his travels with Hagel in the Middle East.  Hagel knows the issues and players there as well as anyone in Washington.  His views on the region are an easy match with the Obama administration. Hagel understands the urgency and complexity of the challenges in the Middle East -- including nuclear proliferation, failing states, civil war, underdevelopment, poor governance, and terrorism -- and the leadership role of the United States in working with our allies to meet them.

Hagel has a deep grasp of the role of military force, including against terrorist leaders and networks, an area in which the Obama administration has met with success, and as an option to prevent an Iranian nuclear weapon, if necessary, as a last resort.

Hagel has often remarked that getting into wars can be easier than getting out. That is why force should often be considered a last resort, especially in wars of choice, such as Iraq, because wars always have unintended and unpredictable consequences.  This is one of the lessons of Iraq which Hagel warned about from the start. A few will remember that one of the reasons given for launching the attack on Iraq in March of 2003 was so US troops could be out by summer.  American forces spent eight summers there.  The US campaign in Afghanistan, which Hagel has supported from the start and which will end next year, is now America’s longest war.

Hagel’s judgment on security and defense matters and overall qualifications for secretary of defense are widely recognized by those who would know best.  Senator Carl Levin, Democrat from Michigan and chairman of the Armed Services Committee, which will convene Hagel’s confirmation hearing later this month, has said that “Hagel is well qualified to serve as secretary of defense with his broad experience in national security affairs.”  Hagel has also been endorsed by former Secretary of Defense Robert Gates, former Secretary of State Colin Powell, four former US national security advisers, many of America’s finest ambassadors and general officers, and thousands of veterans.

These endorsements speak to Chuck Hagel’s remarkable and distinguished record of service and leadership.  The country will be well served by the Senate’s swift and favorable consideration of his nomination and his appointment as secretary of defense.