Veteran Knesset Member Binyamin (Fouad) Ben-Eliezer talks about his frustration and anger over the election results and the missed opportunities by Labor Party leader Shelly Yachimovich in a special interview with Mazal Mualem. 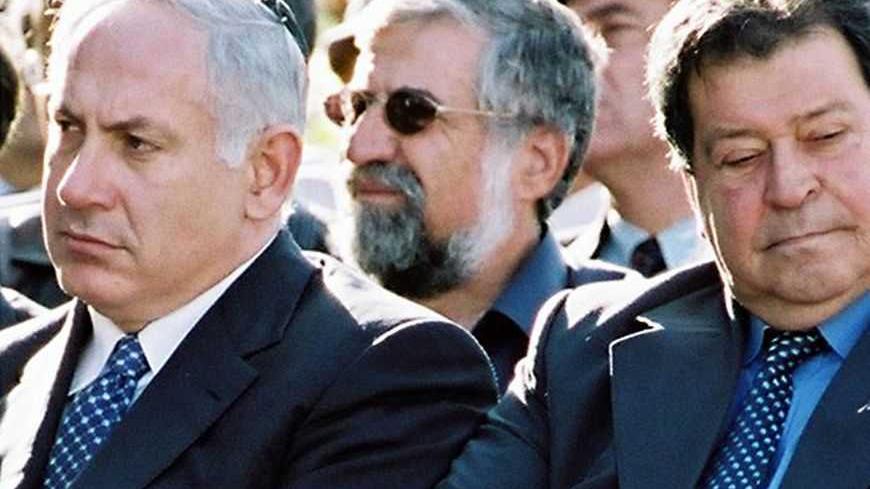 Since last Tuesday [Jan. 22] Knesset Member Binyamin (Fouad) Ben-Eliezer has been going around feeling deeply disappointed over the missed opportunity.

The most veteran among Labor’s Knesset Members, who at 77 is as sharp as ever — his political instincts, for which he is famous, finely honed, more than ever before — was certain that this time around Labor could lead to a revolution. Alas, he could only grit his teeth in frustration as he was watching how Labor party leader Shelly Yachimovich was single-handedly missing the opportunity and arriving at the finish line of the election campaign with a mere 15 mandates.

Ben-Eliezer is all the more disappointed since he saw it all happening right in front of him, but as in a Greek tragedy, could do nothing to change the picture. On election day at noon, when the voting picture became vague due to the relatively high voter turnout, I called Ben-Eliezer. If anyone can decipher voting trends just by touring the polling centers and sensing the mood, Ben-Eliezer is the man.

“It is just like it was in 1999 [when Ehud Barak won the election in a landslide],” Ben-Eliezer noted, clearly exulted. “The center-left voters are flocking to the ballot box, but we are not going to reap the fruits.”

“What do you mean?” I asked, wondering about the analogy.

In response, Ben-Eliezer, quite sure of himself, anticipated a draw between the blocs — a forecast that had previously been deemed unrealistic, but proved that night to be dead right.

Ben-Eliezer then added: “If only we had a leader who could pose an alternative to Bibi [outgoing Prime Minister Benjamin Netanyahu], it would have been a real game changer tonight.”

A week earlier, when public opinion polls forecast 18 mandates for his party, Ben-Eliezer already saw it coming and told his faction colleague Knesset Member Eitan Cabel, another Labor veteran, that “It is going to end with 14 to 15 mandates.” Cabel dismissed Ben-Eliezer’s prediction as “hallucinatory.” The day following the election he called to apologize.

The Labor Party is going through a highly tense period. Its failure is registered in the name of Shelly Yachimovich, who — as it has now transpired and as Fouad and his colleagues had realized long before — made a gross mistake when she decided to ignore the political issue with the hope of winning over Likud voters.

Under her wand, Ben-Eliezer, formerly a defense minister, among his various other ministerial posts, was removed from all Labor’s election campaign broadcasts, which featured Yachimovich as the virtually single campaign star. Offended as he may have been, Ben-Eliezer said nothing about it.

Two years ago, after the split in the Labor party, which forced him to resign from the Netanyahu government, Ben-Eliezer was on the verge of death following a flu complication, but against all odds, he recovered. It was a difficult time for him, as he ached then for his good ally Hosni Mubarak, who had been deposed from the presidency of Egypt and imprisoned. Yet, in the face of all these tribulations, Ben-Eliezer managed to reinvent himself and his next goal is the state presidency, to which he hopes to accede once President Shimon Peres vacates the seat.

In a first interview following the election, Ben-Eliezer is taking stock of the Labor party and laments the missed opportunity.

You knew, but still you kept quiet. Why didn’t you alert against the expected failure in real time?

“I served as chairman of the [party’s] political committee and formulated a political program. However, in the recent election it was the party chairwoman who determined the strategic line. She believed that dealing almost exclusively with the socio-economic issue would attract voters from the entire political spectrum. I thought that it was a big mistake and tried to convince her, in real time, that she was wrong, but unfortunately failed. Yet, I would like to note that there has never been in the history of the Labor Party a chairperson who enjoyed such support from us, and I do not regret it.”

Those who have seen firsthand how Yachimovich was running the election campaign can understand what Ben-Eliezer is talking about. The Labor leader banished all her senior colleagues from the campaign. She did not consult with any of them about strategic decisions and relied on an external staff, which comprised American consultant Stanley Greenberg, campaign manager Shalom Kittal and strategic advisor Tal Alexandrovich Segev.

Yair Lapid did not campaign under the political flag either, but still emerged from the election with 19 mandates. Why do you think this is the reason for your failure?

“When a party like Labor refrains from dealing with the political issue, it is as if it were going on half a leg. Lapid leads a new, trendy centrist party, while ours is an established party whose identity is defined in a large part by the political issue. However, they only dealt [in the Labor campaign] with the tycoons and disregarded the political issue. The voters abandoned us as they expected us to present our stance on this issue as well''.

“I feel like eating my heart out. The victory was in our hands, but we missed it. It really saddens me. I felt that we could do it, and I was right; after all, it has turned out that the invincible Bibi is in fact vulnerable.”

Did you really believe that Shelly Yachimovich could win the election?

”You'd be surprised — she could have been a prime minister. I thought she could do it. At the very last moment we lost ten mandates, and it hurts. I am not accusing anyone now. Shelly believed that she was doing the best thing. She thought she could do it all by herself, and she was wrong when she failed to use our experience. She [also] failed to present the list prominently and she did not take advantage of the longstanding strengths of the party, which is a shame. Anyway, judging by the results, it is quite clear that the people did not want Bibi. Notwithstanding his alliance with Liberman, he lost ten mandates. Had there only been someone who could pose an alternative to Bibi, he would have lost the premiership.”

So what did the people actually say?

“The people said one simple thing: You are constantly pumping me with Iran, Hezbollah and Nasrallah, but I have nothing to start the month with. The message delivered by the people to Netanyahu and his government was: You are not going to do away with the middle class!''

“Bibi, for his part, did the very opposite. Rather than attending to the middle class crisis, he joined forces with Liberman and together they were chasing HaBayit HaYehudi leader Naftali Bennett. Bibi could have been a leader who leaves his mark. I did believe that he would change, and that’s why I persuaded [outgoing Defense Minister Ehud] Barak at the time to join his government. However, in this case too, I was wrong. Netanyahu has not changed. Rather than appealing to the public in the center, he clung to the right. The public is just fed up with Bibi, but it is stuck with him since there is no one else [of stature] around.”

"That’s right, unfortunately. At the very last minute, the people decided to support Yair Lapid. The people did not believe Hatenua leader Tzipi Livni, who was talking on nothing but the political issue, disregarding its plights, and it held it against her that she had missed at the time every opportunity she had to form a government. In my opinion, the recent election is her swan song. True, the people did not want us [Labor] either — we did not get the support we hoped for — and it all boils down to the political issue, which is at the base of our missed opportunity. We are no niche party, but we acted as if we were one and we paid dearly for it.

“But even though we have been dealt a painful blow, I am looking at the overall picture with optimism. For the first time in history, the people of Israel have told their leadership: Stop scaring us, as we don’t even have enough to make ends meet. The voters realized that there was no chance of replacing Bibi and they thus elected Yair to cope with the social issue. This is the outcome of the social justice protest movement.”

Based on your experience, what do you anticipate for Lapid?

"Yair has received a once-in-a-lifetime opportunity. He received an overwhelming confidence vote, and the people now expects him to prove that he deserves it. Our people is not inclined to forgive its leaders and elected representatives, as Tzipi Livni has just learned.

“I believe that Lapid should not be given the foreign affairs portfolio. It would be disastrous for him, the same way the defense portfolio was for Amir Peretz (former Labor chairman, who ran for a seat in the Knesset under the social banner and served as defense minister in the Olmert government, which provoked angry criticism — M.M.). His supporters, who cast their ballots for him, wanted him to take on social portfolios, like education or housing.

So now what? Are you going to follow Yachimovich to the opposition? Or would you rather join the government and exert influence from within?

“We should now accept the verdict of the voters. We should reorganize the party, build it anew and restore its fighting spirit. We have to act as a fighting opposition. It may well be that in two years, early election will be called, and we should prepare ourselves for it. Needless to say, we have to revive the party's flagging credibility and win back the public trust, and we should raise the national issue to the top of the party agenda. True, it is not the sole issue the public is interested in; however, dealing with the political issue is essential to the creation of a healthier society.

“Bibi wasted four years for nothing. These are lost years of political stalemate, in the course of which he said over and over again that Abu Mazen was not ready to sit down to the negotiation table with us. However, nothing could be further from the truth. I was there, at least part of the time, and I can testify to it.

“And let’s see, what happened in the meantime? A revolution was sparked in the Arab world and we have found ourselves in a [new] reality of an increasingly Islamist, fanatically religious region that hates Israel. The only way to isolate ourselves from these developments is to put in motion a political process. Indeed, if anyone expects the Palestinians to keep quiet, he is misreading reality."

The events surrounding us are no longer beneath the surface. They have been taking place on the ground for quite some time now, and we are on the verge of another intifada, which is liable to be even more fierce than the first ones. It is the last chance Bibi has to come to his senses and wake up to reality.

Mazal Mualem started her journalistic career during her military service, where she was assigned to the Bamachane army weekly newspaper. After her studies, she worked for the second leading Israeli daily Maariv. In 1998 she joined Haaretz, covering local governance, and later, she was appointed chief political analyst of the paper. After 12 years with Haaretz, she returned to Maariv as their chief political analyst. Parallel to her writing activities, Mazal Mualem presented a weekly TV show on social issues. She holds a masters degree from the Tel Aviv University in security/political science, and lives with her daughter in Tel Aviv.