Outnumbered six to one, Iran deftly maneuvered this weekend to restart negotiations that could yield formal recognition of its uranium enrichment program, and postponement of more crushing economic sanctions or a military attack. But at some point, Iran’s leaders will find it more advantageous to play ball than to play games. 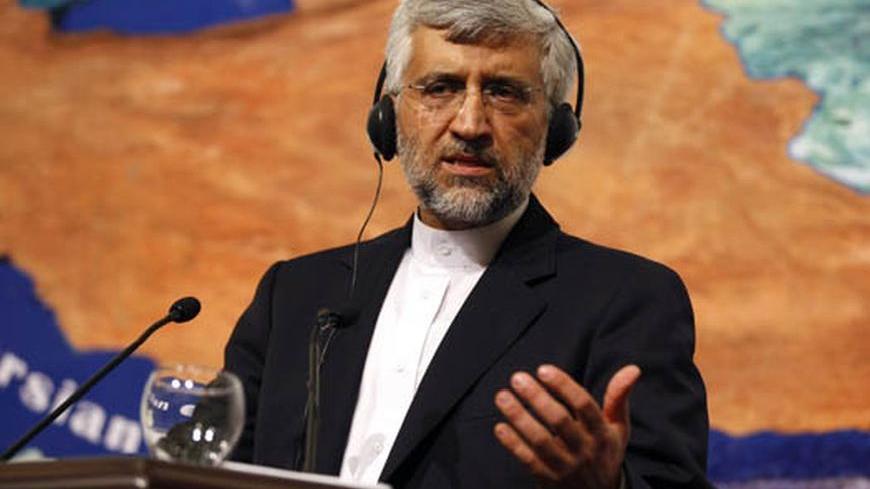 Outnumbered six to one, Iran deftly maneuvered this weekend (April 13-14) to restart negotiations that could yield formal recognition of its uranium enrichment program, and postponement of more crushing economic sanctions or a military attack.

The results of the meeting in Istanbul between Iran and the so-called P5+1—which both sides called “positive”—was a clear example of how Iran uses asymmetric diplomacy to surprise and unsettle much more powerful opponents. Somewhat like North Korea—which has a black belt in so-called “judo diplomacy”—Iran has learned to keep its adversaries guessing in order to shape the psychological environment to its advantage.

Simply by showing up in Istanbul and sounding reasonable, the Iranian delegation, led by Saeed Jalili, bought more time for Iran to continue its nuclear program, including enriching uranium to the level of 20 percent U-235, which is perilously close to weapons grade. Despite US calls in advance of the talks for Iran to take “concrete steps” to limit the program, none were made.

Instead, another round of talks is scheduled May 23 in Baghdad—Iran’s choice because its government is a Shiite Muslim one close to Iran rather than a Sunni one like Turkey’s. In between, less senior diplomats are to meet for “technical discussions” about how Iran can fulfill its obligations under the Nuclear Non-proliferation Treaty (NPT).

Given that Iran has been in multilateral talks about its nuclear program off and on for nearly a decade while steadily advancing on the nuclear front, it is appropriate to be skeptical about what more negotiations can achieve. To be considered successful from a US point of view, Iran will need—at a bare minimum—to stop enriching uranium to such high levels and soon.

It will also have to provide better access for the International Atomic Energy Agency to verify that Iran has not re-started work that could lead to building nuclear weapons. In return, the US and its partners have suggested that they would affirm Iran’s right to limited enrichment and the peaceful use of nuclear energy under the NPT.

Ultimately a durable solution would require that Iran and the United States begin to trust one another to keep commitments. After 33 years of hostility, however, trust is in short supply. At the Istanbul talks, Jalili held bilateral meetings with top representatives from Russia, China and the European Union but declined to meet one-on-one with the chief American representative, Undersecretary of State Wendy Sherman.

Iran’s Supreme Leader, Ayatollah Ali Khamenei, profoundly distrusts U.S. intentions and believes that successive US administrations have sought to overturn his regime, not just to moderate its behavior. While the interests of the U.S. and Iran sometimes coincide and the two have even cooperated tacitly—overturning the Taliban regime in Afghanistan after 9-11, for example—differences now over Syria and the Palestinian issue far outweigh areas of agreement.

Iran’s evolution into a country, not a cause, which can participate constructively in multilateral decision-making remains a distant prospect. However, Khamenei to a much greater extent than the North Korean leadership—has to pay some attention to public opinion.

One reason Iran agreed to come back to nuclear talks this spring is because a deadline looms July 1, when draconian new sanctions will bar Europe from signing new contracts to buy Iranian oil and from any transactions involving Iran’s central bank. Already, Iran is reeling from the impact of sanctions in place since 2010, which have caused its currency to collapse, inflation and unemployment to spike and oil production to decline.

The hope of the U.S. and the other four permanent members of the UN Security Council plus Germany is that Iran will make some key concessions to stave off more sanctions and retard its ability to nuclear weapons. But Iran also has leverage.

While the U.S. threatens that “time is running out for diplomacy,” Iran knows that the U.S. and its partners have no appetite for military action which would only delay the Iranian nuclear program while causing a cascade of other negative effects. The international community has more urgent goals:  keeping oil prices low, resolving the crisis in Syria and not inflaming anti-Western sentiment in an already volatile Middle East.

Asymmetric diplomacy is a tool of the weak to keep adversaries unbalanced. It can be effective in terms of prolonging authoritarian regimes—North Korea is the prime example—but ultimately cannot bring prosperity and fulfillment to ordinary people. At some point, Iran’s leaders will find it more advantageous to play ball than to play games. Until that time comes, the best outcome would be an Iran willing to forgo building nuclear weapons even while it keeps the rest of the world guessing about its true intentions.

Barbara Slavin is Washington correspondent for Al-Monitor and a senior fellow at the Alantic Council, where she focuses on Iran.