Israeli Prime Minister Benjamin Netanyahu appears to have concluded that Barack Obama will be re-elected in November and that Israel would jeopardize its ties with his administration if it attacks Iran before then. 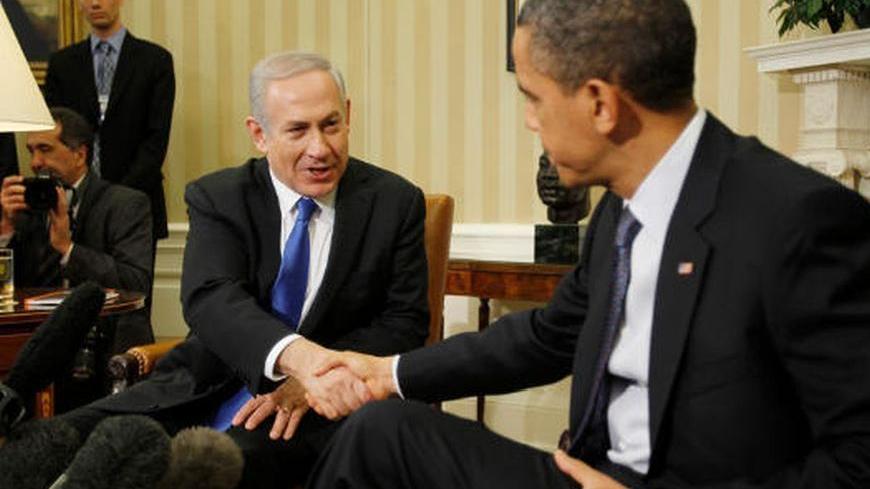 Israeli Prime Minister Benjamin Netanyahu appears to have concluded that Barack Obama will be re-elected in November and that Israel would jeopardize its ties with his administration if it attacks Iran before then.

In public appearances Monday before and after a two-hour meeting with Obama in the Oval Office, Netanyahu stressed that U.S. and Israeli policy toward Iran is the same, despite clear evidence that they diverge in major respects.

The Israeli leader, addressing the American Israel Public Relations Committee on Monday night, vowed to prevent Iran from developing nuclear weapons and said that Israeli patience would not last “much longer.” But he did not define any red lines beyond which Iran could not go without facing Israeli military action.  And he was careful not to criticize Obama.

Instead, Netanyahu declared that “Israel has exactly the same policy,” as the United States when it comes to Iran. And he thanked Obama for imposing tough new sanctions against the Islamic Republic even while expressing concern that the sanctions had not stopped Iran from continuing its nuclear program.

The Israeli leader’s tone toward the U.S. president differed markedly from last year when Netanyahu’s partisan inclinations were more in evidence and Obama’s re-election prospects appeared cloudier. Since then, numerous Republican presidential candidates have fallen from favor and even the frontrunner, former Massachusetts Gov. Mitt Romney, looks weaker than many would have expected a year ago.

Thus it was left Monday night to Mitch McConnell of Kentucky, the minority leader in the U.S. Senate, to criticize Obama’s stance on Iran. Obama’s frequent reference to keeping a military option on the table, McConnell said, was, “not a policy [but] a talking point.”

Obama, McConnell told the Aipac audience, should clearly state “what we will do and why” and put Iran on notice that if it enriches uranium to weapons grade or shows other signs of having decided to make nuclear weapons, the U.S. “will use overwhelming force to end that program.”

Netanyahu, speaking 20 minutes later, put down no such markers. According to Israeli reporters, he also told Obama in their private meeting that Israel has made no decision about attacking Iran.

This contradicts published reports that Israel might attack Iran as early as next month.

In his other remarks to Aipac, the Israeli leader was vintage Netanyahu.

He painted the Iranian nuclear program in apocalyptic terms, comparing the Iranian threat to that of Nazi Germany. He even referred to an ancient Persian king, Ahasuerus, whose Jewish wife, Esther, saved her people from annihilation 2,500 years ago. That feat is celebrated during the Jewish holiday of Purim which coincides with Aipac’s conference this year.

Netanyahu brought the crowd of 13,000 to its feet repeatedly when he vowed that Israel would not rely on others to defend the Jewish people.

But many experts believe that Israel could not effectively set back Iran’s nuclear program, which is widely dispersed around a country far from Israel’s borders and some of which is underground.

Only the United States, with its vastly larger arsenal of bunker-busting munitions, would be capable of destroying enough of Iran’s nuclear program to make the consequences of war worth contemplating. And even then, as Obama said Sunday, Iran could rebuild the program. So Netanyahu’s hope -- to get the United States to act together with Israel if not on Israel’s behalf – remains unlikely to be realized anytime soon.