Eight months after the ouster of former president Ali Abdullah Saleh, the streets of Yemen’s capital, Sanaa, are quiet. But violence continues to rage elsewhere, writes Danya Greenfield from Yemen. What is glaringly obvious, and widely acknowledged by most Yemenis, is a lack of vision from the president, prime minister and the cabinet. 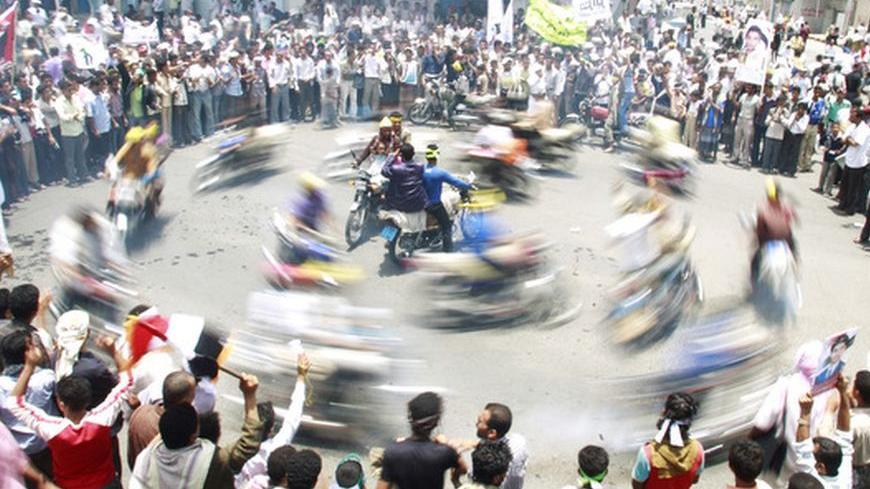 SANAA, Yemen — Eight months after the ouster of former president Ali Abdullah Saleh, the streets of Yemen’s capital, Sanaa, are quiet. But violence continues to rage elsewhere and there are serious doubts about whether the country’s leadership can fulfill pledges to restructure the military, draft a new constitution and hold long-overdue parliamentary elections.

Time is not on Yemen’s side given a growing food crisis, 40% unemployment among youth and thousands of people internally displaced by fighting in Abyan, Shabwa, Aden and Sa’ada. When asked if the government could achieve its objectives for the next six months, Abdulkarim Al Iryani, a former prime minister, told me earlier this month when I met him in Sanaa, “If we look into the future and work hard, it can happen.” But wishing for success and even hard work will not be enough without tough political decisions and leadership, both of which are in short supply.

The Gulf Cooperation Council deal that removed Saleh did nothing to shift the structure of elite politics in Yemen and just shuffled the deck among the most powerful groups. President Abd Rabbo Mansour Hadi, who claimed his position through a non-competitive election on February 21, is not viewed as a particularly strong leader and was selected because he was the one person both sides could accept.

He has performed better than most observers expected, but that is primarily a reflection of how low expectations were. He has taken some important first steps — replacing several key military commanders and regional governors, undertaking an aggressive and successful campaign against al-Qaeda and standing up to former president Saleh’s continuing efforts to manipulate from the sidelines. But days often pass without any sighting of Hadi, attesting to his low-key approach. Most people I spoke with agreed that if he can oversee this two-year transitional phase without Yemen collapsing into civil war, he will have fulfilled his mandate.

However, the transitional government he appointed is less a coalition than a dysfunctional family, reflecting the divisions still gripping the country. The ministries are evenly divided between the former ruling General People’s Congress (GPC) and the Joint Meetings Party (JMP) alliance that includes Al Islah (the Muslim Brotherhood-affiliated party) as well as Socialist, Baathist, Nasserist and independent figures.

Since the government was formed to demonstrate national unity, many of the ministers are not technocrats but political figures seeking to advance their own interests, not necessarily those of the country writ large. They often take direction from party leaders rather than the president or prime minister.

Recent criticism from within the pro-revolution alliance by the Yemeni Socialist Party (YSP) against Al Islah’s attempts to dominate the ministries attests to inherent tension that is paralyzing decision making. According to one minister aligned with the pro-revolutionary coalition, at least four ministers maintain strong loyalty to the former president, thwarting Hadi’s attempts to move the country into a post-Saleh era.

What is glaringly obvious — and widely acknowledged by all the Yemenis I spoke with during a visit to Yemen earlier this month — is a lack of vision from the president, prime minister and the cabinet.

Most Yemenis expect the transitional government to muddle along for the next two years. While this might be tolerable on the political front, with a national dialogue process taking center stage to deal with the most pressing grievances, it will not be sustainable for the economy. UNICEF and OXFAM have been warning of a mounting humanitarian crisis. Nearly 10 million people lack sufficient food and 40% are under the poverty line. The only way to reverse this trend is to get people working and earning incomes. Al Iryani, the former prime minister, conceded that it is “all about the economy — everyone is suffering, in the north and the south.”

The need for a clear economic vision is urgent. Some economic activity has started to resume, but unemployment remains debilitating and the cost of food and basic goods has skyrocketed. Inflation is at 23% overall; bread is nearly 120% its previous price. According to the IMF, the economy shrank by more than 10% last year and is predicted to contract another 0.9% this year. The government is unable to meet the most basic needs of electricity and water and the budget deficit has risen with declining oil revenue due to attacks on pipelines in Marib, low levels of tax collection and subsidies for fuel and food. Foreign reserves have declined substantially as the Central Bank has tried to prop up the currency and the government is running a $2.5 billion deficit.

While international assistance has been promised, donors want to know how their funds will be used. During a Friends of Yemen meeting in Riyadh in May, donors pledged $4 million, including a commitment of $3.2 billion from Saudi Arabia. However, none of this money has started to flow and apparently Saudi Arabia is hesitant to transfer funds until the Yemeni government submits a detailed economic plan.

The responsibility rests primarily with the Ministry of Planning and International Cooperation but the plan it presented at the Riyadh meeting was perceived to be lacking in depth and detail. More recently, the Minister of Industry and Trade has been given a mandate to develop a long-term economic plan. The government has started a new Dialogue Council as an avenue for partnership between the government and the business community, and two different coalitions of businessmen and private sector experts are developing economic visions and strategies.

All this is positive and worth encouraging — especially the public-private dialogue — but how the various plans, strategies and programs will fit together and who will take the lead, is unclear. Beyond a viable plan, the government will need to confront the issue of its limited capacity to implement its ideas. Exploring creative mechanisms for service delivery and building the capacity of government institutions is a long-term endeavor, but it cannot afford to wait until the end of the transitional period.

From one vantage point, much has changed in Yemen. Thirty-three years of divisive and repressive rule by the former president are firmly in the past. Yemenis of all political stripes acknowledge the importance of turning the page on this painful era of history. Yet, from another standpoint, very little has changed. The power structures are still dominated by the same elites, and Saleh’s family members still hold significant positions of military and political influence. The primary parties — GPC and Al Islah — still control decision-making, and independent voices and youth have little, if any, real clout. Opening up the political and economic space beyond this narrow segment and providing real leadership for Yemen’s short and long-term future will be essential for the government to sustain the gains made to date and to carry Yemen into the next stage of its transition.

Danya Greenfield is the deputy director of the Rafik Hariri Center for the Middle East at the Atlantic Council. The Hariri Center and POMED have launched a new Yemen Policy Initiative to advocate for a comprehensive, long-term, development-oriented US policy in Yemen. She was previously with the Center for International Private Enterprise (CIPE), where she managed projects in Yemen and traveled there frequently between 2007-2010.