US and Partners Prepare Modest Offer to Iran

Weeks of deliberations among the United States and its fellow negotiators have produced an offer to Iran very similar to the package Iran rejected last summer, casting doubt on chances for breaking the long stalemate over Iran’s nuclear program, Barbara Slavin reports for Al-Monitor. 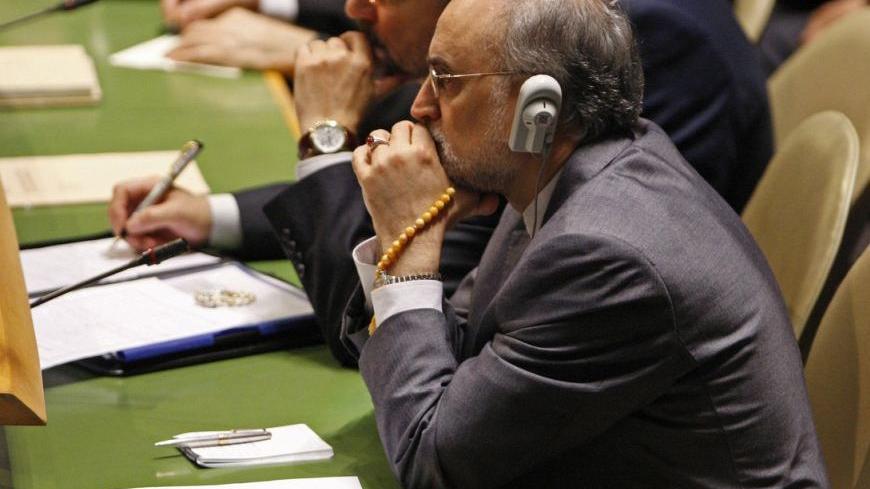 Weeks of deliberations among the United States and its fellow negotiators have produced an offer to Iran very similar to the package Iran rejected last summer, casting doubt on chances for breaking the long stalemate over Iran’s nuclear program.

Perhaps as a result, Iranian officials appear to be in no hurry to agree to a date to meet again with the so-called P5 +1 – the five permanent members of the UN Security Council plus Germany.

Following US presidential elections, US officials began mulling a more generous proposal but have settled for a conservative position. Iran will be expected to agree to concessions before knowing exactly what it would get in return.

Iran has been sending mixed signals in advance of new talks. Foreign Minister Ali Akhbar Salehi said Monday [Dec. 17]: “Both sides … have concluded that they have to exit the current impasse,” and that “Iran wants its legitimate and legal right and no more.”

But Fereydoun Abbasi-Davani, the head of Iran’s Atomic Energy Organization, said Tuesday [Dec. 18] that Iran would not stop enriching uranium to 20% U-235, a key international demand.

Another factor reducing expectations for upcoming negotiations is Iran’s reluctance so far to agree to a one-on-one meeting with the United States at which the Obama administration might be more forthcoming than in a multilateral setting.

Both sides appear to be unwilling to undertake major risks, diminishing the chances for a breakthrough or a breakdown of negotiations. The US and its partners appear to feel that time is on their side as economic sanctions bite deeper into the Iranian economy. Iran, meanwhile, is amassing larger quantities of low-enriched uranium that could improve its bargaining position down the road.

There is also the question of transition in both countries. Although Barack Obama was re-elected president, he will be naming new secretaries of state and defense soon and there may be a new US negotiating team.

Iran is beginning to gear up for its own presidential elections next year and jostling has already begun within the conservative elite over who will replace Mahmoud Ahmadinejad. However, Supreme Leader Ayatollah Ali Khamenei remains the ultimate decision maker.

Patrick Clawson, an Iran specialist at the Washington Institute for Near East Policy, said he has been told that the Obama administration has “a firm determination not to let the [US] transition slow down the process.” While some members of the US negotiating team are departing, the head negotiator, Undersecretary of State Wendy Sherman, is likely to stay on for at least a while and has a good relationship with Sen. John Kerry, D-Mass., the probable nominee to replace Hillary Clinton as secretary of state.

A bold offer to Iran would require President Obama to spend political capital that he may prefer to use for other purposes including avoiding the so-called “fiscal cliff,” getting his nominees for a new Cabinet approved and now in the wake of mass shootings at a school in Connecticut, gun control.