US and Iran Should Adopt Nixon's Yellow-Pad Method

John Limbert writes that the precedents for US-Iran negotiations are not good, and that it's time to use former president Nixon's "yellow pad" method, which distills items for negotiation into “what we want” and “what they want.” The exercise sounds simple, but it's not, especially given years of US-Iran estrangement and mutual hostility. 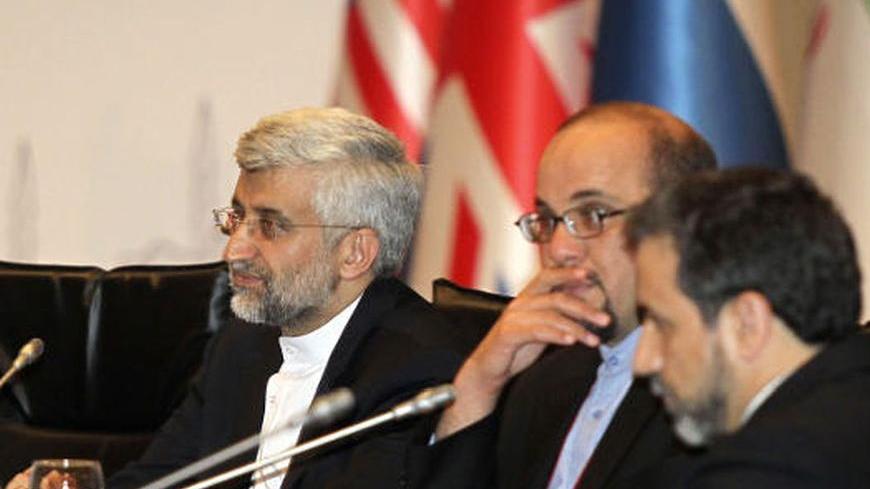 According to reports from last weekend’s multilateral negotiations with Iran in Istanbul [April 13-14], the assembled diplomats agreed on two points:

These items may not seem like much, but it’s always worth noting when Iran and a group that includes the United States can agree on anything. Deep hostility and mistrust on both sides have made reaching agreement on even the basics very difficult. The reason for this is simple: both sides expect failure and go into the meet­ings convinced that the other’s purpose is to deceive.

“No” is expected, and “yes” is a problem; as the reasoning goes, “Why would they agree to anything that didn’t cheat us?”

So Iran and the P5+1 have found two “yessables.” Now what? Will this achieve­ment — modest as it may appear — help Iran and the United States move away from more than three decades of futile exchanges of threats, insults and accusations? Will American and Iranian officials finally begin talking to each other, if not as friends, at least as representatives of two states with interests that need discussing?

The precedents are not good. Previous efforts to end this quandary have foundered on bad timing, suspicion, misreading and just bad luck.

More than three years into US President Barack Obama’s term, there is little to show for his offers of engagement with Iran based on mutual respect — something the leaders of the Islamic Republic have always insisted they wanted. In that time, there has been only one high-level one-on-one meeting between Iranian and American officials (in Geneva in October of 2009). In the last two encounters with the P5+1, the Iranian repre­sen­t­a­tive has deliberately avoided meeting his American counterpart. One can only ask, “What is he afraid of?” Both Bill Burns and Wendy Sherman — the chief US interlocutors for Iran over the past few years — are thorough professionals and not known for bullying and threats.

On the US side, it is time to learn from the example of the late president Richard Nixon. Before he made his historic visit to China in February 1972, Nixon wrote two lists on a yellow legal pad: “what we want” and “what they want.”

The exercise sounds simple, but it is not. Knowing what the other side really wants — as distinguished from what it may say it wants — is never easy. In the case of Iran, 32 years of estrangement and mutual hostility makes the effort even more challenging.

If asked directly, the Islamic Republic will say it wants “its rights” or “justice,” without further elaboration. Such objectives do not fit easily into a yellow-pad list.

Even one’s own goals are not always obvious. There is uncertainty, for example, in the case of the economic and financial sanctions against Iran, which, we are told, both “cripple” and “bite.” But what is their purpose? Depending on the context and the speaker, the goals may be:

We are sometimes told that the sanctions are working. But working to which of the above ends? As the saying goes, if you don’t know where you are going, then any road will get you there.

A good starting point for the yellow-pad list might be the May 2003 proposal for comprehensive bilateral talks. In that proposal, which was ignored by the George W. Bush administration in the flush of an apparent easy military victory in Iraq, the Iranians put these items on their agenda:

On the “what we want” side, I would propose the following (incomplete) list:

The above is just a beginning, and there are no guarantees of success. Decades of chest-thumping on both sides have taken their toll, and both sides will level accusations of deceit, bad faith and “playing for time.” The lesson of Istanbul, however, may be that one can say “yes” and the sky will not fall. Such is a modest beginning, but it is still represents progress from the stalemates of the last 32 years.

John Limbert is professor of Middle Eastern Studies at the US Naval Academy and a retired diplomat with long experience involving Iran, most recently as Deputy Secretary of State for Iran.