Dozens Defect From Syrian Army, But Impact Is Limited

The ranks of defectors from the Syrian army who streamed into southern Turkey recently included a brigadier general, two colonels and two majors. While these are dramatic developments, writes Rania Abouzeid, they may not have much of an effect on the larger battle since the rebel ranks suffer from fissures in their own structure. 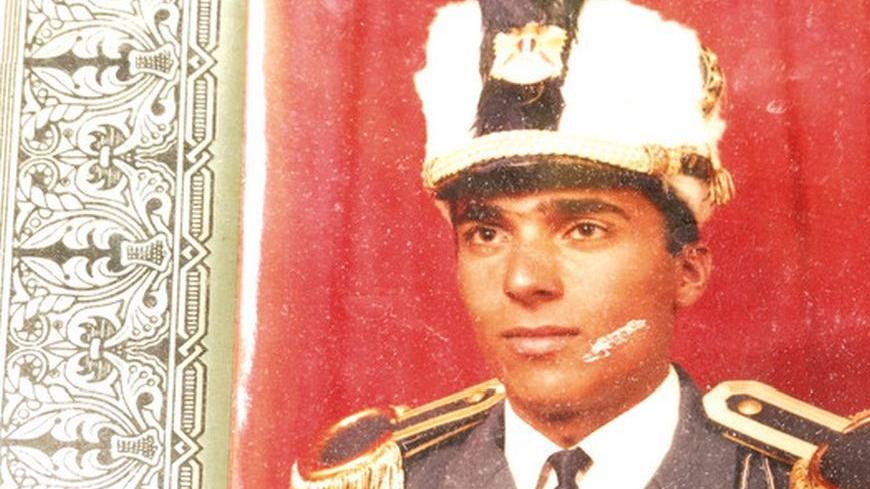 A photograph of Colonel Hassan Hamada, the Syrian air force pilot that defected to Jordan, hangs on the wall at his home near Idlib June 22, 2012. Hamada flew over the border to Jordan on Thursday, and was granted political asylum. Picture taken June 22, 2012. - REUTERS/ABDO
June 27, 2012

The ranks of the Syrian defectors who streamed into southern Turkey recently read like quite the roll call: a brigadier general, two colonels, two majors, a lieutenant, and dozens of soldiers, along with their families, according to press reports. Some 200 people in all, a logistical feat across an increasingly tense border between once friendly neighbors. The defections were announced shortly after the spectacular desertion of a Syrian fighter pilot who flew his Mig into Jordan, where he has been granted political asylum. Dramatic developments, to be sure, but how significant are they in terms of the larger battle between Syrian rebels and loyalists? What do these defections add up to?

Not enough, it seems, to significantly weaken Syrian President Bashar al-Assad’s forces or markedly shift the vastly asymmetrical battle in favor of the rebel Free Syrian Army (FSA). It was not a mass defection. The high-level defectors did not all break away from the same unit, or even from units operating in the same area, according to FSA deputy commander Colonel Malik al-Kurdi, who is based in the officers’ camp in Apaydin, about 12 miles from Antakya in southern Turkey.
The officers were not from key fighting units in Assad’s army, he said. They deserted from posts in Hama, Anadan, in Aleppo’s outskirts, the northern city of Idlib and even as far away as Daraa, along the Jordanian border. “Some of them were individual defections, others happened in groups, no bigger than 20,” Kurdi said. “A general arrived here with some defectors, but they didn't defect with him during an operation.” They crossed into Turkey at the same time, Kurdi said, because “they needed to get their families out of harm's way immediately. Safe places are harder to find. They moved to get their families out, firstly, and then to join the free army.”
It’s unclear how big this rebel force is. Colonel Riad al-As’aad, the nominal head of the FSA, has boasted of 40,000 men, a claim impossible to verify and likely part of a psychological campaign to encourage further defections. Most breakaways are low-level officers and conscripts. Still, there are now at least 12 Syrian generals in the Apaydin camp, although there are hundreds of generals in Syria’s military.

The upper-echelons of Assad’s formidable military and intelligence apparatus have remained largely intact, in part because of shared interests, but also shared culpability. Those are bonds cemented with blood, bonds shared given that much of the upper officer corp is stacked with Assad’s Alawite co-religionists as well as select elites from other sects. The other glue keeping the security forces together is fear of retribution against a defector’s family.

While the defections are contributing to the slow erosion of Assad’s army, the FSA has serious cracks of its own, particularly with regard to command and control. It has always been a loose franchise organization, comprised of localized groups of defectors and civilians waging an escalating guerrilla campaign in their hometowns and cities. There is minimal centralized control from the so-called leadership sequestered in a Turkish refugee camp and many units inside Syria, while pledging allegiance to the FSA, don’t take orders from its leadership in exile.

As’aad has been very publicly sidelined by the FSA’s military council in the embattled city of Homs, which has said that exiles have no right to speak for the armed opposition fighting and dying inside Syria. The splits within the franchise are not merely between high-ranking defectors inside and outside Syria, there have been sub-splits within those groups. In the past, high-ranking breakaways who have joined other officers in the Apaydin camp, like General Mustafa al-Sheikh, have been viewed as rivals by other senior earlier defectors like As’aad. The two men only recently buried their differences by forming a joint military council in late March.

There has also been a recent and serious effort by disparate FSA units inside Syria to organize themselves at the local level. The moves, which have been weeks, and in some places, months in the making, are partly to convince the international community that the units are structured and more than just a ragtag group of militiamen, but also to appear serious enough to be given a share of new weapons being funneled into Syria by Saudi Arabia and Qatar.

A small team of Syrian rebels has been charged with distributing the armaments, which are mainly rocket-propelled grenade launchers, Kalashnikov rifles, BKC machine guns and ammunition. There is competition for resources, and rivalries persist. Weapons shipments traveling within Syria to a particular rebel group are sometimes intercepted by other FSA groups, one of the distributors, a young man from Damascus who requested anonymity, said. “We are being attacked by those inside, about why some groups are getting help and others aren't,” he said from Istanbul, where he recently based himself after leaving the Syrian capital.  “Sometimes the routes are changed and goods are intercepted by other groups. There is a lot of trouble.”

The distributor said he and his colleagues were aware of the dangers of arming a disunited opposition. “Our priority is to be able to control the weapons after the regime falls so that there won't be chaos and weapons falling into hands that will shoot, kill each other,” he said. At the moment, the FSA’s guns, as well as those of other armed opposition groups, are more or less pointed in the same direction. What will happen when the common enemy of the regime eventually falls?

This could be where the high-ranking defectors may be of most use, if they can overcome their own rivalries. The FSA has made efforts to become better organized, but much remains to be done. In the past, As’aad and other senior defectors have chafed at efforts by civilians in the main political opposition group, the Syrian National Council, to bring the armed opposition under their control. Still, taking orders from civilians is one thing, but ignoring a group of generals is quite another. Military men, after all, are used to military hierarchies.

Rania Abouzeid is Middle East Correspondent for TIME, who has recently been reporting from the Turkey-Syria border. You can follow her on Twitter: @Raniaab