Syrian Opposition Must Prove It Can Handle Foreign Funds

In the aftermath of its latest meeting with international supporters, the opposition Syrian National Council faces a crucial test: whether it can spend millions of dollars in foreign aid efficiently and without corruption. 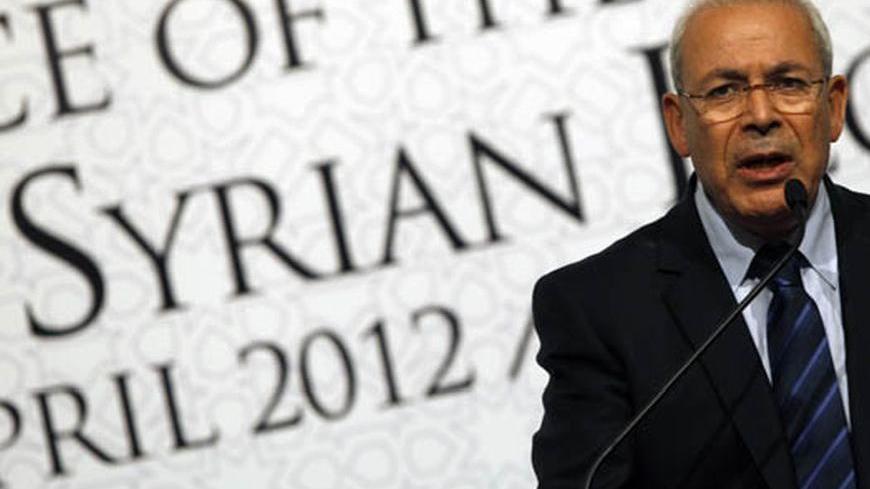 In the aftermath of its latest meeting with international supporters, the opposition Syrian National Council (SNC) faces a crucial test: whether it can spend millions of dollars in foreign aid efficiently and without corruption.

Syria analysts and SNC members concede that the council has been slow to organize behind a single leader or vision to govern Syria once the brutal dictatorship of President Bashar al-Assad falls. But they also fault the United States and the other 80 plus members of the so-called Friends of Syria for failing to act more decisively against a regime that has killed more than 9,000 of its own people in the past year.

“It’s easy to blame everything on the fragmentation of the Syrian opposition,” said Murhaf Jouejati, an SNC member and professor at the National Defense University in Washington. “We also have a lot of fragmentation in the international community.”

Jouejati praised the United States, Saudi Arabia, Qatar and other countries that have pledged a total of $300 million in aid to the Syrian opposition and to other Syrians displaced by the conflict, calling this “a step in the right direction but not nearly enough to stop the killing machine.”

Secretary of State Hillary Rodham Clinton announced in Istanbul that the United States was doubling humanitarian aid – mostly food and refugee assistance through United Nations and nongovernmental groups – to $25 million.

She also confirmed that the US would provide “non-lethal” assistance to the SNC to enable it to communicate with the opposition within Syria including fighters from the Free Syria Army (FSA), a group consisting largely of defectors from the Syrian armed forces.

Saudi Arabia, Qatar and the United Arab Emirates, meanwhile, have pledged $100 million in salaries for the fighters to sustain them and entice others to join their ranks. A total of $176 million has been promised by foreign donors for humanitarian support.

“I really believe that, with the announcements coming from the meeting today, there will be greater pressure on the regime,” Clinton told reporters in Istanbul.

Randa Slim, a Syria specialist at the Middle East Institute, a Washington think tank, said the money would enable the SNC to put in place the structures of a government in exile including a committee to communicate and coordinate with the FSA.

At the same time, she said, the FSA is uniting under one leadership, that of Riad al-As’ad, a former colonel in the Syrian Air Force.

“On both ends, we’re seeing operationally that they [the SNC and the FSA] have upped their game and are putting in place the infrastructure that will make them more efficient organizations,” she said in an interview Monday from Beirut.

“If the SNC is able to institute a transparent process of dispensing this money to the FSA, it will keep itself in the game,” Slim said. “It’s a small window and if it fails, it will be marginalized.”

Assad agreed in writing March 27 to the Annan plan, which calls for the Syrian leader to withdraw troops and heavy weapons from opposition strongholds, impose a daily two-hour cease-fire for humanitarian relief and grant access to international peacekeepers. However, Syrian forces have continued to attack civilians in major Syrian cities and towns such as Homs and Hama.

Slim said Assad would not dare withdraw troops because “the minute he pulls troops out of the streets, millions of Syrians will go out and demonstrate peacefully against him, which is the last thing he wants.” She said the chances for the Annan plan to succeed are “close to nil.”

US officials are also skeptical but appear to view the plan as a necessary step to consolidate international support for the opposition and to convince Russia and China – Assad’s main defenders – that their faith in the regime is misplaced.

Without a UN Security Council mandate, the prospects for US military intervention in Syria are minimal. However, the provision of communications gear frees up others to provide weapons.

Saudi Arabia, Qatar and the United Arab Emirates are likely to send arms to the FSA through Jordan; Turkey, despite hosting some members of the SNC and FSA, has not sent weapons or moved to create a buffer zone or corridor extending from the Turkish border for refugees and opposition fighters.

Much of the international community appears to favor a Yemen-style model for Syria in which Assad and his family leave the scene but the Syrian state remains largely intact. In Istanbul, Clinton spoke of creating “a roadmap for saving the state and its institutions from Assad’s death spiral…an inclusive democratic transition that preserves the integrity and institutions of the Syrian state.”

The danger, however, is that the longer it takes to remove Assad, the more Syrian institutions will unravel, the more people will die and the more religious extremists will gain.

“Hurry up and do something before the opposition gets further radicalized,” Jouejati advised. “The longer they [outside powers] wait, the more complex the situation will become.”

Barbara Slavin is Washington correspondent for Al-Monitor and a senior fellow at the Atlantic Council.