Prime Minister Erdogan seeks to rewrite the constitution and change the country's parliamentary system into a presidential one with consequences for Turkish democracy, Tulin Daloglu writes for Al-Monitor. 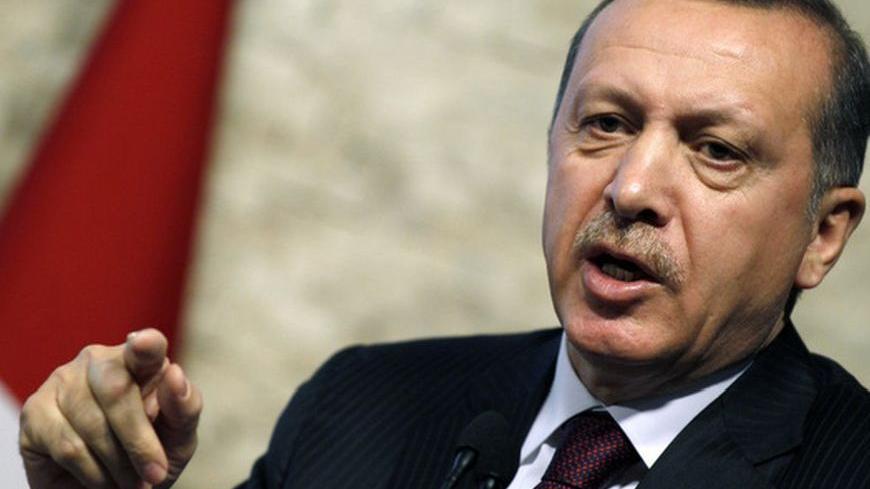 Turkish Prime Minister Recep Tayyip Erdogan, at the celebration of the 10-year anniversary of the ruling Justice and Development Party (AKP) on Nov. 3, reflected on the AKP's rise: "Not only a new party came to power, but a revolution in mentality took place."

Erdogan is contemplating another major change in Turkish politics: rewriting the constitution so that the country's parliamentary system becomes a presidential one. If he succeeds, he would have the opportunity to continue as president with even more power until at least 2023, Turkey's centennial.

The constitutional-reform process is supposed to be an inclusive and consensual one. Erdogan has assigned the Constitution Reconciliation Committee (CRC), organized last year with three deputies from each of the elected parliamentary parties (AKP, CHP, MHP and BDP), to complete its work.

The opposition parties agreed to participate in the CRC in the first place because they also believe, in principle, that the country needs a new constitution. In fact, Turkey's lawmakers have revised the constitution several times in the past. But the opposition is not necessarily convinced that a presidential system is what is needed.

Erdogan, however, said that he is "losing hope" that they will reach a consensus in finalizing the new constitution. “Frankly, my hope is diminishing by each passing day,” the prime minister said. “Despite that, I believe we need to remain determined and passionate to conclude this process.” If there is no consensus, he will put his party's proposal to a referendum.

The prime minister’s initiative would have implications for both the Kurdish issue and the role of religion in public life. The proposed changes would favor AKP policies in both areas and assuring the party's continued political dominance. The ruling party is also remapping the districts and doubling — at least — the number of big city municipalities to guarantee the votes of its constituency. They argue that this won't turn Turkey into a federal system, but it will lead to “advanced local administrations." Some even speculate that this would position the AKP to take over the Diyarbakir municipality from the BDP, the Kurdish party.

Rather than focusing on a shift to a presidential system, the AKP could help Turkish democracy take a gigantic step by simply trusting the people. Erdogan often takes pride that he won "one out of every two votes." If he really is that confident, he needs to make one change into law. He needs to bring down the 10% threshold for parties in the popular vote to be represented in the Turkish parliament, and a minimum vote of 7% in the national election to be eligible for funds from the state treasury. That stipulation was a blatant move to keep Kurds out of Turkey's parliamentary politics.

Atilla Kart, a CHP deputy and a member of the CRC, told Al-Monitor that the "CHP has been proposing to lower that threshold to 4% since 2005," but it is the AKP government that does not agree to it. And as long as people do not really get a fair representation in the parliament, Turkey won't be able to solve its issues.

The issue may not be that the constitution needs change, but rather the election law, which was put into effect by the 1982 military constitution. Otherwise, Turkey will be pushed into more chaos and trouble because of the failure of its own parliament.

There are troubling signs on the religious issue as well. Erdogan is seen as continuing to promote a more religious and sectarian posture. For example, he has advocated a "religious youth" initiative, which led to a new law to change the education system, dubbed "4+4+4." Students now start taking selective courses at the primary school, including learning to read the Quran. Many pro-secular parents are complaining about the eligibility of the teachers as well as the content of the course material.

Freedom of the media, one of the acknowledged pillars of democracy, has also suffered under Erdogan's government. According to the international media watchdog Committee to Protect Journalists (CPJ), Turkey is the world's leading jailer of journalists, with 76 in prison. The AKP government reacted strongly to the CPJ's recent report and claimed that it distorts reality for political motivations.

While Erdogan talks about a "revolution in mentality," the unfortunate events of Oct. 29 in Ankara, when police sprayed tear gas and used fire hoses on people who gathered to celebrate the country's 89th birthday, exemplifies his intolerance of the pro-secular crowds. "I did not give the order to police to bring down those barricades. They showed weakness," he said.

Turkish President Abdullah Gul, Erdogan's longtime AKP ally, was more conciliatory. It became clear that the president asked the authorities to let the pro-secular Turks celebrate their country's birthday as they wish. And for them to be contradicting each other over a sensitive issue like this was significant.

Politicians who follow Islamist ideology hardly let the public know of their differences of opinion. The Ankara beltway has been full of whispers about the split between Erdogan and Gul for some time, but this was the first public airing of their differences. It's not that they differ in substance — it's style and rhetoric that puts them apart. In fact, there are even those within the Islamist base, including those close to Gul, who believe Erdogan's rhetoric is creating problems for Turkey's interests. Some believe that this all might foreshadow a split between Erdogan and Gul in advance of the presidential elections in 2014.

The old Turkey's political system was not accommodating of the Islamist parties. The courts banned almost all of them from politics on charges that they wanted to create a counterrevolution challenging the country's founding principles. Turkey's first Islamist prime minister, Necmettin Erbakan, served in a short-lived coalition from 1996 to 1997 — an era that ended with a military coup known as the "February 28th Process."

Gul and Erdogan, along with a group of others from Erbakan's Welfare Party decided to break away in 1998. They believed Erbakan was scaring the masses and that it would not be possible to regain power with him in the lead. In 2002, Erdogan's AKP came to power as a single party, ending a long period of coalition governments. Since then, the AKP has been elected three times, growing its constituency with each election cycle.

Erdogan has promised his electorate that he won't run for his party's chairmanship again after serving three terms. It is impossible to predict whether Gul and Erdogan could split, but the way forward will likely entail some opposition to Erdogan from within his Islamist base, and he may end up remembering Turkey's 89th birthday as the spoiler of his bigger game.

Erdogan's seeking of a referendum to strengthen the AKP's hold in the name of democratic reform would be a setback to Turkish democracy. Many utter that word lazily, and only consider it to mean people casting votes on an election day.

Turkey could use constitutional or democratic reform, for sure, but not along these lines. The time is not ripe, and the political climate in the country is poisonous. Erdogan's rhetoric, once inclusive, is increasingly angry and feverish. There is neither empathy for his critics nor even a feint toward consensus. The bigger game is one to be avoided.