An angry mob stormed the US embassy in Tunis, set fires and clashed with riot police. At least two people were killed and 28 injured in the assault, the latest in a series of attacks against US diplomatic missions by crowds upset by an anti-Islamic video. 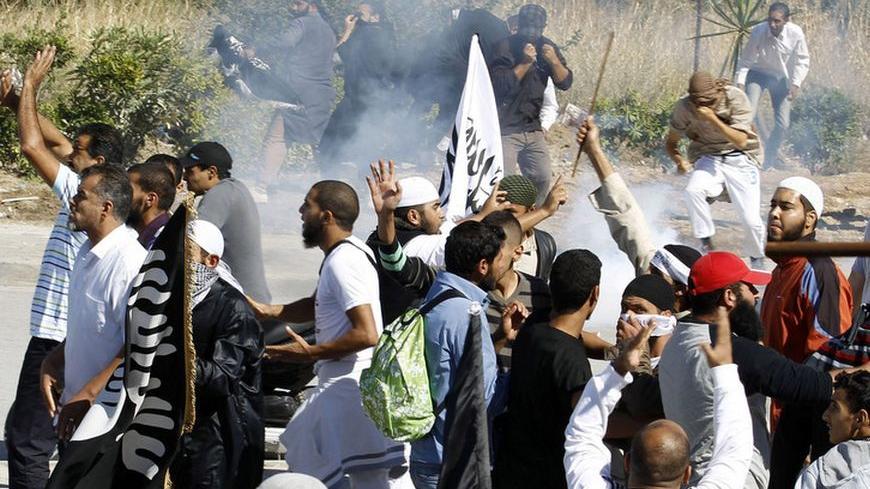 TUNIS — An angry mob raided the US embassy in Tunis and clashed with police forces as they were protesting against a film mocking Islam’s Prophet Muhammad and allegedly produced by an American director. Official Tunisian sources said at least two people were killed and 28 wounded in the attack, the latest in a series of violent assaults on US diplomatic missions in several Arab countries, all motivated by the same outrage at the anti-Islam film. On Sept.11, four US diplomats were killed inside the US consulate in Tripoli, among them US Ambassador Christopher Stevens.

Thousands of protesters had gathered outside the embassy north of the Tunisian capital after the Friday prayer and several climbed the outer wall.  They took down the American flag to raise a black flag on which was written the Muslim profession of faith: "There is not God but Allah and Mohammed is his prophet," the Tunisian web news site Business News, a partner of Al-Monitor, reported. The site also said the American school in Tunis, located next to the embassy, had also been attacked and pillaged. Plumes of some were rising and floating overhead.
Hundreds of anti-riot policemen used tear gas against the demonstrators who still managed to enter the embassy. The crowd, a majority of which were hardline Islamists or Salafists, threw stones and Molotov cocktails at the police, and set little bushes on fire creating a dense cloud of smoke that spread around the embassy, an Al-Monitor video journalist witnessed. They were chanting: “God is great”.
The Al-Monitor journalist, whose identity cannot be disclosed for security reasons, was assaulted by a group of Salafists. They told him he represented the “media of Satan.” He said a dozen of bearded men surrounded him when he started filming a man holding the black Islamist flag. “Why are you filming the brothers?” the angry men kept asking him. “It is to make us look bad in the Western media.”
They insisted he give them the videotape. But as he was trying to pull out the tape which got stuck inside the camera, he was punched several times, pulled around, and his camera thrown in a puddle and destroyed. The beating continued for a few minutes and his T-shirt was torn and his bag ripped apart.
He said a big security apparatus had been deployed in front of the embassy as the protesters had massively arrived with what he described as “a clear intention to clash with the police.”
“They were angrily picking up big stones and breaking them into smaller pieces to attack the police.”