Three Sins of the Israeli Left

Polls predict that the Israeli left is bound to lose the upcoming elections, much because it failed to present a progressive narrative of Israel not inherently linked to the Peace Process, or to produce consistent leadership, writes Eyal Nadav. 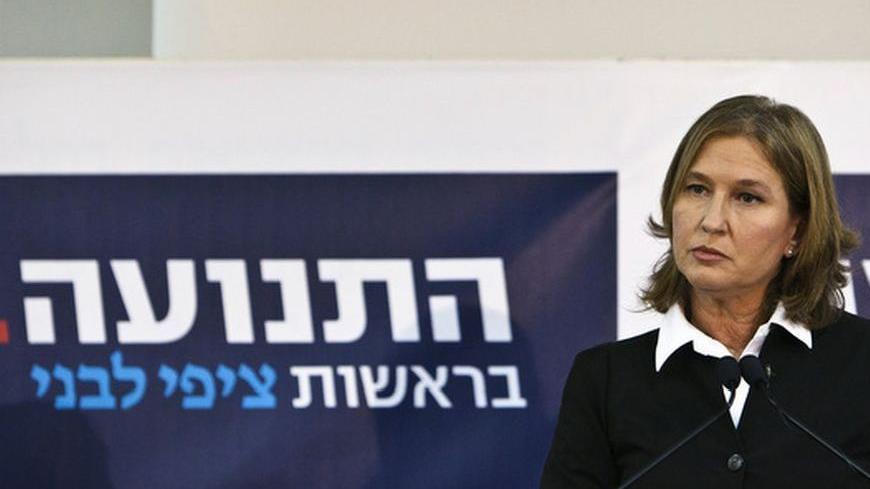 The most recent opinion poll published by Haaretz last week [Dec. 10] was especially depressing for the Israeli left.

The poll predicts that 49 out of 120 mandates will go to center or left-wing parties. In Israel, the party receiving the largest number of mandates is less important than the formation of party blocs that can assemble a coalition and a government. And this is an impossible task with 49 mandates. Close associates of Tzipi Livni and Shelly Yacimovich sounded more gloomy than ever this week, and mainly blamed each other — not Netanyahu, of course — for fragmenting the camp.

The center-left partners trade mutual recriminations over the fact that the camp did not unite in anticipation of the coming elections, in contrast to the union of Likud and Avigdor Liberman’s party, Yisrael Beiteinu. However, this is merely election spin, a blame game. According to almost all polls, a center-left union would not have added even one mandate to the left bloc. The catatonic status of the Israeli left is not reducible to whether a specific politician joins a different party, or to the founding of a new party. The problems are more fundamental, and have continued this way for years.

The first problem is the ideological vacuum. After the failure of the Camp David summit in 2000 and eruption of the Intifada, the Israeli left crashed and burned. Its identification with the peace process turned out to be the party's undoing — the leaders of an entire political camp linked their fate to the good intentions (or not-so-good intentions) of the Palestinians. In the Israeli pageant, the left was displayed as the proxy of outsiders. That translated into a deep electoral crisis.

The left could have carved out opportunity from the crisis. They had the chance to create a progressive Israeli narrative with the peace process as part of it, not its very essence. Circumstances required the left to re-imagine Israel in a way that would attract voters to it, and there was fertile ground for such a vision. Israel underwent tremendous changes in the last two decades, but the growth of the hi-tech industry and the linkage to the global economy were not translated into an effective political message. Someone in the Israeli left should have connected the dots between the concepts of a start-up nation and the left. That did not happen. There was an opportunity to portray the right as anachronistic, indrawn and stale, and appeal to the younger voters. This opportunity was missed. The moniker “leftist” became an epithet far more toxic than “liberal” in America.

Simultaneously, the left effectively abandoned the civil agenda. Since 1977, the left has assumed the reins of government only twice (with Rabin in 1992 and Ehud Barak in 1999), and in both instances it based its election campaigns on social and civil issues. In the 1990s, the left intentionally avoided linking its fate to that of socialism, and dealt with harnessing middle-class dissatisfaction to a governmental revolution. By contrast, part of the Labor Party’s current political platform is based on socialism.

In the summer of 2011, Israel experienced the most intense social protest movement in its history, in a series of giant demonstrations. Many asked (I was one of them) whether it would lead to Netanyahu’s overthrow. Yet we did not discern the obvious message: that Israelis protested on the streets because the political system — in other words, the opposition and the Israeli left — did not protest on their behalf. For many Israelis, the entire opposition had turned into a mere shell that did not address their trials and tribulations — mainly frozen salaries and soaring prices. The demonstrations were a symptom not only of a vibrant democracy, as noted above, but also of a political camp that failed to represent its electorate, a point that we ignored.

The third transgression is, of course, leadership — but in effect, an even more fundamental word: consistency. Think about the following piece of data: Ever since Ariel Sharon and the right rose to power in 2001, the primary party of the left (Labor or Kadima) has never presented a consistent opposition over time. They always joined the government coalition, conducted negotiations about joining the government or split up due to the desire of some of its members to obtain posts in the government. They were always given to unremitting struggles. In 11 years, the left-center bloc has had eight leaders over different periods. Since 2001, Likud had only two leaders: Benjamin Netanyahu and before him, Ariel Sharon. It is a bit difficult to convince the public that a specific person is worthy of being prime minister if the minute he is chosen, intrigues begin with the intention of dismissing him. It is even harder when the bloc’s leader is removed on the average of once every sixteen months.