Israel is facing its own fiscal cliff, which will mean higher taxes, writes Idan Grinbaum. 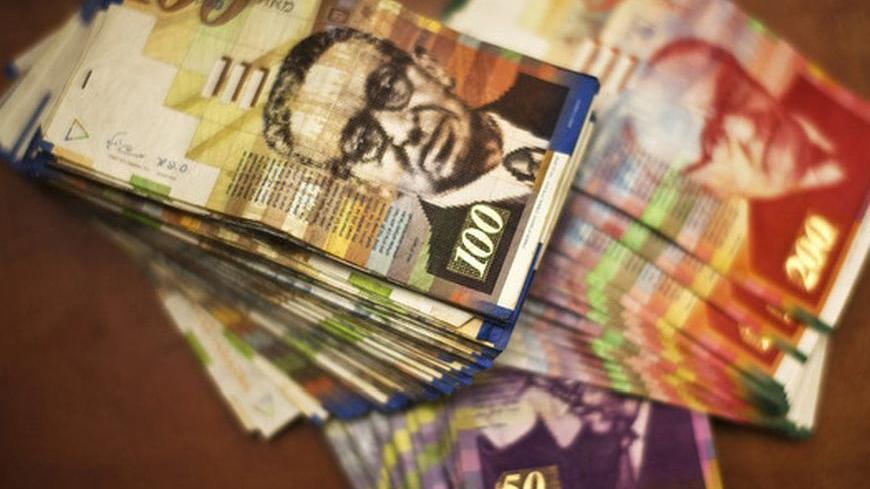 Israeli Shekel notes are pictured at a bank branch in Tel Aviv in this Aug. 29, 2011 photo. - REUTERS/Nir Elias

Over the past few weeks, much of the world has been caught up in the heated debate over the so-called “fiscal cliff” that the United States is facing.

But what exactly is this terrifying cliff? In the most succinct terms, it is a combination of budget cuts and tax hikes. Thousands of pages have already been written — and will continue to be written — about how the world’s largest economy can and should work its way out of this crisis. Options include allowing scheduled tax increases to go into effect and cutting expenditures by $600 billion, steps that are likely to drag the US into another recession.

But it’s not just the United States that is facing a fiscal cliff. So is the Israeli economy, even though the precipice that it faces is significantly smaller. After all, proportions are everything. In other words, let’s borrow from geography and imagine that this cliff is a real geographic landmark. In the US it would be as high as the Rocky Mountains, while in Israel it isn’t much higher than Mount Hermon (the country’s highest mountain). And yet, while it is considerably less steep, it can still cause considerable pain. The bad news is that tackling this issue will hurt each and every one of us in our pockets. The somewhat less-bad news is that it doesn’t look like we’ll fall flat on our faces.

In Israel, just like in the US, there are two sides to this problem: revenue and spending. This is not the place for some long, exhaustive discourse on economics. All we really need to know is that the two are not directly connected. In other words, anyone who thinks that if we resolve the revenue problem, we will not have to deal with the expenditure problem is wrong, and vice versa.

The easiest problem — and the one that we will discuss in this article — is the problem of revenue. The next article will deal with the painful and much more complicated problem of spending. By the way, it’s probably worth noting that we’re not the only people who would prefer to postpone addressing the spending problem. We’ve learned to do that from the best in the business. We all know that Prime Minister Benjamin Netanyahu decided to launch the current elections because he was fully aware of how hard it would be to contend with the challenge of necessary budget cuts in the coming year. What’s good for Netanyahu is good for us, too.

For the next government of Israel to reach its target for an increased deficit (3% next year, instead of the 1.5% that was set in the past), rather than simply trudging along in place like some European countries are doing, it will need lots of luck, brains and determination.

Over the past few months, Israel has witnessed a decline in tax income, largely because of a downturn in economic activity. Last month, the state’s coffers were several billion shekels short compared to all the earlier projections, and there is a real fear that this slowdown will only get worse next year. In other words, if it is to meet tax-revenue projections for 2013, Israel will need a lot of luck. It will have to hope that the European, Chinese and American economies recover, so that they can purchase the best the local market has to offer.

Consider the fact that the Finance Ministry’s forecasts for 2013 included the collection of NIS 2 billion (about $500 thousand) from what is called “trapped profits,” and that it was so determined to raise this revenue that it even attempted to push through legislation making it possible. Now officials at the Tax Authority will need all the brains that they can muster to contend with the creative strategies pursued by Israel’s largest corporations and their tax experts, who want to take the NIS 100 billion currently locked in Israel, while paying a minimum tax rate on it. As smart as they may be, it is very doubtful that the tax authorities will succeed in this task.

This may be the most problematic component of the Finance Ministry’s plans for the coming year. For years, people in Israel have talked about the need to wage war against the underground economy, which conservative estimates place at NIS 100 billion ($27 billion) per year, and which less-conservative estimates claim is twice that. Just a few months ago, the Finance Ministry spearheaded an effort to combat this underground economy by increasing the penalties for tax evasion, while at the same time adding hundreds of new names to the lists of taxpayers.

Forecasts for 2013 do include an increase of NIS 3 billion ($275 thousand) in tax revenues; however, as of now all of this new legislation has been put on hold. It will have to wait for the next Knesset to pass it, and even in the best case scenario, that will only happen in the middle of next year. Furthermore, even the most determined officials at the Tax Authority will have a hard time collecting another NIS 3 billion over the next half year from what are commonly known as the crime families or, for that matter, from any of the other leaders of the underground economy.

It isn’t only the writer of these lines who remains doubtful whether the government can actually carry out its tax program. In a presentation he gave several months ago, Adi Brender, a senior economist with the Bank of Israel, raised similar doubts about the government’s ability to meet its targets. That is why the next government will have to look for the missing billions elsewhere.

And where is this “elsewhere?" The answer to that is simple but painful: in the citizens’ pockets. The only way to raise such a significant sum is a tax hike, and a hefty one at that. All the candidates may talk about how a wide range of proposed taxes on the rich are a magical panacea to everything that ails us, but in the end they will raise a few hundred-million shekels at most, and it is doubtful whether this will even be discussed over the next few months.

That is why the only solution is a comprehensive tax hike on all citizens. This will include the income tax, which declined sharply over the last few years, but it might also include yet another hike in the value-added tax which, as everybody knows, is the easiest, most accessible way for the government to fill its rapidly emptying pockets. It’s worth noting that if anyone thinks that Benjamin Netanyahu — the senior minister for financial affairs in the current government and the person most likely to hold that position in the next government — will allow unaccounted tax revenues to be collected from the business sector, he is mistaken. The Prime Minister has already reneged on one pledge to the business sector by impeding cuts he had already planned to the corporate tax rate, though he announced those cuts in every imaginable forum. His economic worldview will prevent him from making a U-turn and raising the tax rate on businesses. That is why the solution he will ultimately choose involves reaching into the citizens’ pockets.

Most Israeli citizens won’t fall off the financial cliff in terms of their income. Nor is it likely that they will take to the streets in a series of rowdy demonstrations. Many people will take hard hits to their pockets, but in the end they will get on with their lives. It won’t be nice, it won’t be pleasant, but it won’t be unreasonable either.

Idan Grinbaum is a senior economy editor and a leading financial correspondent, editor and presenter of the TV financial program  Sogrim Heshbon (Closing the Deal),and one of the three founding members of Calcalist.