The danger of the Syria crisis spilling over Lebanese borders is increasing by the day, writes Yezid Sayigh, of the Carnegie Middle East Center. If that happens, Lebanon will edge closer to the tipping point of its own delicate internal balance. 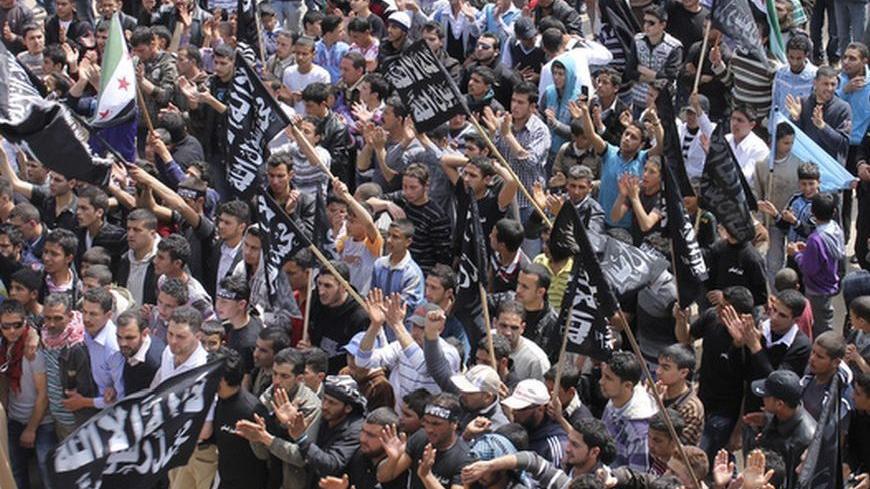 The clashes that left several people dead and others wounded in Lebanon over the past few weeks have, for the moment, been brought under control; but the risks of the Syrian crisis spilling across the Lebanese border are set to grow, not diminish. The emergence of a de facto sanctuary in northern Lebanon for the Free Syrian Army poses a particular challenge for the government of Prime Minister Najib Mikati. Instructing the Lebanese army to seal off the border would be bitterly divisive domestically, but failure to act decisively could lead, sooner or later, to direct Syrian intervention.

The signs are there. The Lebanese authorities have already received several warnings from Syria demanding an end to the flow of rebels and weapons across their common border. Journalists with access to decision-makers in Damascus relay the message that the Mikati government’s policy of “warding off evil” — i.e. formal neutrality — is no longer tolerable, since it is not preventing northern Lebanon from being used as a support base for the Free Syrian Army.

Rifaat Ali Eid is the head of the pro-Syrian Arab Democratic Party and a leading political figure in the small Alawi community in Tripoli, which has come under attack from armed Sunni militants, reportedly backed by fugitive Syrian rebels. He has given the clearest signal yet of the Syrian government’s possible intentions: “If Lebanon enters the unknown,” he predicted in mid-May, “an Arab army will intervene … the UN will request the Syrian army to enter north Lebanon to resolve the situation there, because it is the most knowledgeable and capable Arab army in this regard.”

Eid is a marginal figure in Lebanese politics, but Syria’s intervention in Lebanon in 1976 followed the same sequence: private warnings delivered by former Syrian President Hafez al-Assad to the Palestine Liberation Organization and the Lebanese Left; public hints of Syrian intentions issued by Palestinian and Lebanese parties and media affiliated to the Syrian regime; and the claim that Syria was responding to an appeal for protection from Christian leaders. When these warnings failed [to produce the desired outcome], a Syrian armored brigade entered Lebanon and stopped just across the border. It was the forerunner of a major Syrian force deployment, which entered Lebanon two months later.

There are several obstacles to a significant Syrian intervention in Lebanon in 2012. First, the Syrian army is already stretched thin at home, and cannot easily spare the troops, or the armor, for such an incursion. Certainly, establishing a “humanitarian corridor” to protect the Alawi community of Tripoli’s Jabal Muhsen neighborhood would require securing the rest of the city and the Akkar region, a task so fraught with danger as to be unthinkable. The risk of defections would also increase unless units completely loyal to the Assad regime are used, but these already appear to bear the brunt of confronting the rebellion in Syria.

However, the Syrian regime may regard a brief, more limited “mopping up” operation in the border zone as a dual deterrent. This kind of operation could serve both to underscore to the Lebanese the potential costs of granting sanctuary to Syrian rebels, as well as to demonstrate the regime’s determination and capacity to act, thus discouraging other neighboring countries from allowing similar sanctuaries on their soil. A limited cross-border operation in northern Lebanon would act as a “dress rehearsal” for the wider armed conflict that may develop if the Syrian crisis degenerates into full civil war, or the Friends of Syria gear up for their own military intervention.

There would be other advantages to a cross-border intervention from the Syrian regime’s perspective. The United States would no doubt condemn an incursion into Lebanon, but its stance would be complicated by its own concern, shared by other Western governments, about the possible emergence of al-Qaeda-style jihadism in Tripoli. Its inclination to assist the Lebanese Army might similarly be tempered by a reluctance to get overly involved with a government in which Hezbollah is represented. Russia is likely to regard a limited Syrian operation as a legitimate act of self-defense, despite recent statements by its foreign minister holding the Assad regime primarily responsible for the bloodshed in Syria.

The reactions of Syria’s other neighbors would be no less complex. Turkey would certainly protest a Syrian incursion into Lebanon; but it has repeatedly sent its own military into northern Iraq in pursuit of guerrillas from the Kurdish Worker’s Party (PKK), and may yet claim the right to act similarly against them in northern Syria, where their presence has increased. Iraq, which currently holds the rotating presidency of the Arab League’s council of foreign ministers, has its own problems with Sunni militants and is reported to have exchanged information with Syrian intelligence over the infiltration of jihadists from its territory into Syria. Jordan, whose king was the first Arab leader to call on Assad to step down last year, has tightened controls over the smuggling of arms destined for Syrian rebels across its border, and has seen its trade with Syria actually increase since the economic embargo was declared last November.

The most significant impact will instead be on Lebanon’s fragile domestic politics. So far, the Lebanese political class appears committed to defusing sectarian tensions and pulling the country back from the brink of violence. The all-party dialog called for by President Michel Suleiman on June 11 is timely, but it will have to do more than produce agreement on broad political principles. Somehow, against the odds, it must generate a national consensus on how to handle the Syrian crisis and the de facto rebel sanctuary in the north. Otherwise, a Syrian incursion will become more likely, even if not yet imminent, and Lebanon will edge closer to the tipping point of its own delicate internal balance.

Yezid Sayigh is a senior associate at the Carnegie Middle East Center in Beirut.  This piece also appeared in Arabic in the newspaper Al Hayat.