Coming after almost every former chief of Israel’s defense and intelligence agencies — and a few of the serving chiefs as well — have already expressed publicly or semi-publicly their opposition to a strike against Iran, Shimon Peres’ intervention raises a good question: Why does he matter? Shai Feldman provides answers for Al-Monitor. 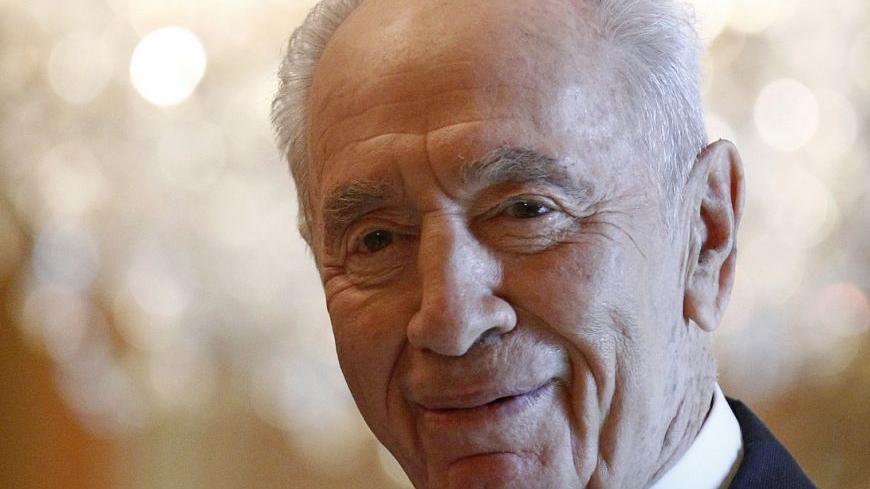 Some three weeks ago, on the occasion of his 89th birthday, Israeli President Shimon Peres gave loud and clear public expression to his opposition to a possible Israeli military strike against Iran’s nuclear installations. This followed two years during which Peres is said to have counseled Israel’s leaders in closed quarters against the ramifications of such an attack. Giving a number of separate interviews on Aug. 16, Peres did not oppose such a strike under all circumstances. Rather, he warned against an attack that would not receive a green light from Washington.

Coming after almost every former chief of Israel’s defense and intelligence agencies — and a few of the serving chiefs as well — have already expressed publicly or semi-publicly their opposition to such a strike, Peres’ intervention raises a good question: Why does he matter? Why does someone, who in the Israeli constitutional set-up fills no more than a ceremonial role, count? Without decision-making authority, why should Peres’ voice be considered a significant addition to the already formidable chorus warning of the implications of such an attack?

The significance of Peres’ intervention in this debate has little to do with the office of the presidency which he now holds. Nor is it only tied to the fact that in the past few years — after a political career that now spans at least six decades — Peres has become a consensus figure in a country where almost no one enjoys such respect. Instead, it results from Peres’ unique standing as the father of Israel’s own nuclear efforts.

The nuclear reactor in Dimona — the centerpiece of Israel’s nuclear option — was an offspring of the Israeli alliance with France, forged in the mid-1950s. The architect of the alliance was then-Deputy Defense Minister Shimon Peres. It resulted not only in massive French arms sales to Israel but also in the joint attack on Egypt known as the 1956 Sinai-Suez War. The French needed Israel to help topple Egypt’s President Gamal Abdul Nasser who supported their opponents in Algeria. The side payment their Socialist leaders were willing to provide Israel was a 26-megawatt nuclear research reactor. Now, some six decades later, Peres continues to be credited by the Israeli public for an option that enjoys almost total support among Israeli Jewish voters who view it as the ultimate deterrent for “a rainy day.”

Moreover, Israelis intuitively understand that the option that Peres helped create is also relevant in the Iranian context. Even if its nuclear facilities will be destroyed, Iran will renew its efforts and may ultimately obtain nuclear weapons. And what then? Regardless of the Israeli and U.S. rhetoric that currently excludes containment options, Israelis know that under such circumstances their country may have no choice but to rely on deterrence. Should that happen, it is to Peres that Israelis will owe a great debt because without him this option would not exist.

Admittedly, this aspect of the current Israeli debate about Iran is somewhat puzzling. For if deterrence is excluded against a geographically distant adversary like Iran, what justifies over six decades of Israeli investments in the nuclear project? Surely, this option was never meant as a hedge against Israel’s very proximate Palestinian neighbors. Indeed, every reader of a physics textbook describing nuclear fallout can conclude that even deterring proximate adversaries such Israel’s immediate state neighbors is problematic. So if the project in which Israel invested considerable resources during times of great scarcity would not deter a nuclear Iran, who and what would it deter?

Peres also knows well that the key to Israel’s ability to maintain its ultimate strategic deterrent was the willingness of successive US presidents — whether Democrat or Republican — to view Israel as a “special case” in nuclear matters and to exclude it from the tougher stipulations of US nuclear non-proliferation policy. For this reason, Peres rightly attributes enormous significance to the legitimacy that Israel’s case enjoys in the US. And it is for the very same reason that Peres should be rightly worried that exercising a military option against Iran before the US has reached the conclusion that all other options have been exhausted, risks endangering this critically important US backing.

In the aftermath of the 1991 Madrid Peace Conference and as foreign minister in Rabin’s government, Peres was at the front line of Israel’s efforts to ward off Egypt’s efforts to press Israel to sign the 1968 Nuclear Nonproliferation Treaty (NPT). Egypt waged this campaign both regionally and internationally: In the framework of the post-Madrid multilateral negotiations on Arms Control and Regional Security (ACRS) and during the 1995 negotiations on the indefinite extension of the NPT. Egypt held the ACRS talks hostage to the nuclear issue, resulting by 1995 in the collapse of the entire multilateral process. It also threatened to block the NPT’s indefinite extension.

Now as president of his country some 20 years later, Peres surely remembers that if it were not for the backing it received from the US, Israel would not have been able to prevail on both occasions. Peres also knows that in the future, Israel may be subjected to similar if not greater pressures. It is therefore not surprising that he views Washington’s position as critically important and that his assessments on all matters nuclear continue to count.

Shai Feldman is director of the Crown Center for Middle East Studies at Brandeis University and a senior fellow at the Belfer Center for Science and International Affairs (of Harvard University's John F. Kennedy School of Goverment). He was head of the Jaffee Center for Strategic Studies at Tel Aviv University.