Brunei, Qatar and Saudi Arabia sent female athletes to the Olympics for the first time this year, guaranteeing the 2012 London games a place in history as the first Olympics in which every participating country has sent women, Jillian C. York reports. 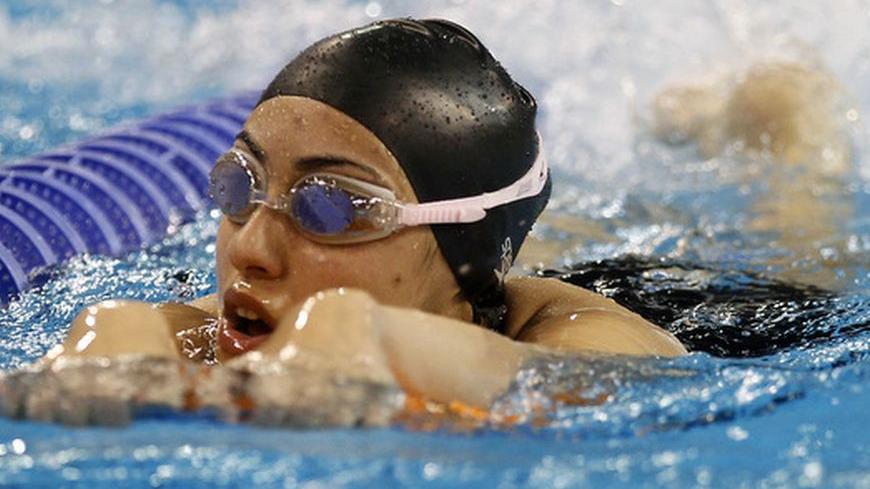 The London Games will go down in history for being the first to which every participating country has sent women. Though three countries — Brunei, Qatar and Saudi Arabia — are sending female athletes to the Olympics for the first time this year, it's Saudi Arabia that has made headlines; while Qatar and Brunei did not actively prevent women from prior participation, Saudi Arabia has put up barriers at every step, holding out until the International Olympic Committee threatened the country with a ban.  Now, the Gulf nation has sent two women: US-born runner Sarah Attar and judo competitor Wojdan Shahrkhani.

Women were first allowed participation in the 1900 Summer Olympics: That year, just six countries — France, Great Britain, Italy, the United States, Switzerland and Bohemia — sent female competitors.  Over the course of the next 36 years, most of the 24 countries that were present at the 1900 Games had sent women to compete; the longest holdout was Cuba, which didn't send women until 1956.  Even fewer than twenty years ago, at the 1996 Atlanta Games, 26 countries didn’t send women.

By 2008, 43% of Olympic competitors were women, and only two sports were closed to women: baseball and boxing (at the same time, one sport — softball — and one discipline, synchronized swimming, were open only to women).  In 2012, that gap closed even further, as baseball and softball were taken off the agenda and women’s boxing was included for the first time. Notably, two Tunisian women and one Moroccan woman are participating in the inaugural competition.

The diverse countries of the Middle East and North Africa vary greatly in terms of women’s participation. Iran under the Pahlavi dynasty sent four women to the 1964 Tokyo Games — three athletes and one gymnast — but after the Islamic Revolution of 1979 did not allow women to participate again until 1996.  Israel sent women Games in 1952. Turkish women have participated consistently since 1936.  Morocco, which gained independence in 1956 and began participating in the Olympics in 1960, took only twelve years to send women, and another twelve for a woman to win a gold medal for the country.

Lebanon sent its first female competitors to Munich in 1972 (the first Lebanese woman to participate in the Winter Olympics did so in 1976), as did Syria ... and to this day, Syria's only gold medalist is Ghada Shouaa, who took home the gold in 1996 for the women's heptathlon.

Tunisia's first female entrant was 17-year-old swimmer Myriam Mizouni, who came in sixth in both the 100-meter and 400-meter freestyle in the 1976 Montreal Games.  No Tunisian woman has medaled.  Jordan and Egypt (which participated in its first Olympics in 1906) both sent female competitors to the Olympics in 1984; the former in athletics, and the latter in both swimming and synchronized swimming.  Algeria followed in 1988, competing in tennis and athletics.

Libya's history: In 2008, Asmahan (Mercedes) Farhat — an American-born high school student — made headlines as "the second woman to ever swim for Libya" after Admira Edrahi, who competed in the 2004 Games. As it turns out, the women were the third and fourth to swim for their country: In the 1980 Moscow Games, Soad Fezzani and Nadia Fezzani both swam for Libya.

Bahrain — which began competing in 1984 — sent two women in 2000, one of whom was the youngest competitor at the Games at just 12. The Games were the first time that young swimmer Fatima Gerashi had traveled away from the island nation.  Palestine — which did not participate until 1996, sending just one athlete — sent two participants to its next Games: a man and a woman.

The last of the region's holdouts were Kuwait (which sent its first female athlete in 2004), Oman (2008), UAE (2008), and of course Qatar and Saudi Arabia (both 2012).  The participation of women from the latter two countries—as well as from Brunei—marks the first time that every country has sent a woman to compete in the Olympics.  Qatar is sending four women to participate in four events: athletics, shooting, swimming, and table tennis. Saudi Arabia sent just two women, though one was disqualified on Friday after the International Judo Federation decided to ban hijab.

Seeing Qatar and Saudi Arabia cross this last barrier is a great step for women all over the world. But as journalist Ahmed Shihab-Eldin points out, the two countries are not to be equally commended. While Qatar is building a women’s athletic center and has a women’s sporting committee, Saudi Arabia also limited Olympic participation to women living outside the country, and remains the only country to prevent girls from participation in school athletics, despite growing obesity in the country.

Still, as Minky Worden, Human Rights Watch’s director for global initiatives, has said, “The world should cheer Wujdan Shahrkhani and Sarah Attar as they make history in London, but we must also remember millions of women and girls inside Saudi Arabia who can only watch from the sidelines.”