Layla M. writes that the only sentiment shared by Syrians is one of collective loss — of both a secure past and a meaningful future. The general feeling on the streets of Damascus is that the current system of governance is crumbling under the weight of civil war and economic sanctions. 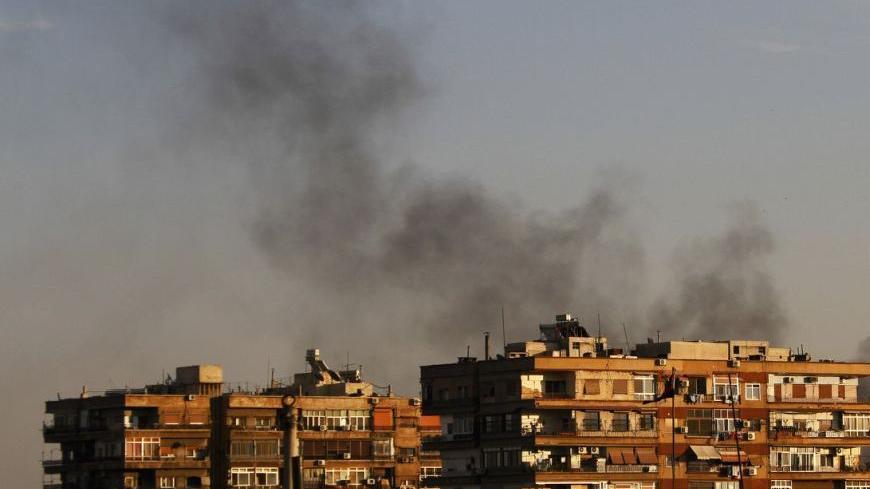 DAMASCUS, Syria — It's tempting to view the Syrian conflict in terms of good versus bad, the people wanting free of the oppressive regime, the majority Sunnis versus the powerful minority Alawites. However, only two weeks ago I heard an Alawite woman in Damascus call one victim of a government assault a shaheed (martyr). At the same time I also spoke to a well-to-do Sunni man who considered the armed opposition’s struggle foolish and ineffective.

Those who oppose the regime continue to do so, but their criticisms are no longer leveled solely at the regime. Some activists I spoke with felt that the Free Syrian Army had been wrong to move so far away from the opposition movement’s early days of peaceful popular protests.

These days it seems that the only sentiment shared by all Syrians is one of collective loss of both a secure past and a meaningful future.

Indeed, despite the regime’s overwhelming military power, the general feeling on the streets of Syria’s capital is that the current system of governance is crumbling under the weight a 19-month civil war and crushing economic sanctions.

While this could be seen as boosting the Syrian opposition political movement, most residents feel an overwhelming sense of despair and loss of security, as no end to this crisis appears to be in sight.

Once considered one of the safest places to live, Syria is now swarming with armed men who have been given a tacit license to act with impunity. Burglaries and kidnappings for ransom are on the rise and people are increasingly reluctant to walk alone at night.

“My eye doctor was kidnapped and his family were asked to pay $150,000 for his release,” a Damascene lawyer in his 70s named Zaki told me at his offices by the Four Seasons hotel. “They couldn’t afford that at all so they negotiated the ransom down to $15,000 and he was released.

“I don’t think he knows who did this,” Zaki said. “It could be members of the regime, Free Syrian Army fighters, or it could be thugs taking advantage of this crisis.  Anyone can get a weapon now, put on a uniform and tell you they’re going to kill you so what can you do?”

Besides the insecurity and crime, the sounds of war have become commonplace. The shriek of warplanes, the thud of shells exploding and the crack of gunfire both near and far have become the soundtrack to life in Damascus.

“I can’t sleep without the sounds anymore,” an officer at the Department of Passport and Immigration joked. His colleague invoked some dark humor nearby, saying: “There are too many people in Syria anyway, so it’s no bad thing if we lose half of them.”

Many Syrians don’t like the prospect of them being on the losing end of that equation, so thousands are fleeing the country. Throngs of people descend daily on the Department of Passport and Immigration, seeking to renew their passports and get permission to travel. The office has a processing period of several months.

Those who have managed to sort out their papers are seeking avenues of work or asylum abroad, yet these latest emigrants remain reluctant to leave their homes and country, having waited until the last possible moment before deciding to leave.

“I have family in the UK and in the UAE but I love Damascus,” said Alia, a Syrian journalist working at a government organization.  “I don’t want to leave but it is becoming unbearable to work in a place that is constantly watching and monitoring you and I can’t just quit and stay or else I’ll be a target.”

Some active members of the opposition are also looking to leave.

“I’ve been imprisoned, shot at, beaten up,” said a well-known Syrian opposition figure and relief volunteer who can’t be named for security reasons.  “I’ve worked in aid relief picking up the displaced from the streets and holding the hands of children getting operated on in a citizen hospital.”

“I want to leave, I need to leave,’ he said.  “I’m not allowed to travel though, so I don’t know how I will do it or even where I would go if I left.”

Just getting around is hard enough.  The roads into the hard-hit suburbs of Damascus are riddled with checkpoints demanding the production of National Identity Cards.  Individuals from known opposition areas are often questioned on why they’re going into a particular area or otherwise harassed or detained.

“If you’re trying to get into an area like Douma or Berzeh without some documentation or good reason, then forget it — the best thing that could happen to you is that they turn you back,” a man named Ghassan from Douma told me when I asked to hitch a ride with him to the area.

If the soldiers suspect someone of being a journalist or member of the opposition, they “will make your life hell,” he added.

Once the regime forces move into a particular area, entry and exit into it is practically impossible.

“They’re trying to capture Free Syrian Army members, so once the army surrounds an area you can’t really move or else you’re likely to get caught in the cross-fire,” said Abu Ibrahim, a portly driver in his 40s who lives near Berzeh.

Nevertheless, I was able to visit some opposition areas, particularly those under renewed controlled by the regime following the FSA’s defeat or tactical retreat.

In Rikn el Din, an area which was visibly under opposition control the last time I visited it in July, the outward presence of the FSA was gone but I was assured by residents that they were still there.

“In order to avoid an offensive attack by the regime’s army we reached an agreement with them to let them in and to allow their security officers to patrol the area every few days,” a 24-year old man staying with relatives in the area told me as he showed me around.

“If they strike at the area in any way the FSA is ready to protect us,” he added in a tone of anxious bravado.

Anti-regime graffiti that had previously been scrawled across the area’s walls and shop shutters now had black of paint over it, and the strike which previously shut up shops had ended.

In the hilltop area of al-Tal, a conservative and well-to-do suburb of Damascus, residents were attempting to rebuild their lives and homes after a weeklong intense air and ground assault by the regime’s army in July.

The area had previously been a FSA stronghold practically under the opposition’s complete control. After eight days of continuous fighting residents returned home to a scene of epic destruction.

Along the main thoroughfare in town I saw the blackened and charred remains of buildings set on fire during the regime’s advance, including two private hospitals, a supermarket and several homes. The remains of buildings destroyed by shellfire still lay in mounds of rubble on the streets; meanwhile, residents were seen shoveling debris from their homes in a bid to make it habitable.

Repairs on the minaret of a large mosque heavily damaged during the fighting, possibly because of the vantage point’s use by FSA snipers- were underway while the mangled golden crescent atop the dome hung on loosely.

Aside from the difficulty in movement between districts, men aged 18 to 30 have the added agony of worrying about whether they’ll be called up for compulsory military conscription. Those with matching dates are rounded up on the spot, given — at best — a 10-day training course and posted for active duty, or if lucky, to man a checkpoint.  One LCC member told me there are 60,000 names on the reserve list, of which some 17,000 are in Damascus.

The process of Tafyeesh, whereby names are scanned against a computerized system of known FSA and LCC activists collated by the regime, has petrified many activists and further restricted their movements.

“Whenever I pass a checkpoint I pray they don’t have a laptop there otherwise I would be done for,” a member of the opposition Local Coordinating Committees told me on condition of anonymity.

Increasing corruption among the regime’s rank and file has created a burgeoning trade for freedom, whether from incarceration or military duty.

“We got the list of reservists being called up for $500 so that we could warn people,” the same LCC member told me.

“If your name is on a computerized checkpoint and you want to get through you can have your name erased for a few minutes, hours or days depending on how much you pay,” he said.

While I walked through the town of al-Tal listening to yet another young man tell me of his desperate wish to leave the country I came across something at once poignant and disheartening. As if a dirty insult, the word "freedom" — spray-painted onto the side of a school wall during the FSA’s control of the area — had been later painted over. With Syria’s conflict protracted by warfare and political stalemate, the price being paid, whether in blood or cash, by citizens wanting  to be free of these dark days seems only likely to increase.