The Islamic Action Front was able to gather tens of thousands of people in Amman to call for a boycott of the upcoming legislative elections, posing the most serious challenge to King Abdullah's agenda in nearly two years. But the protesters hold diverse concerns, and determining the future weight of the discontent is a tricky matter. 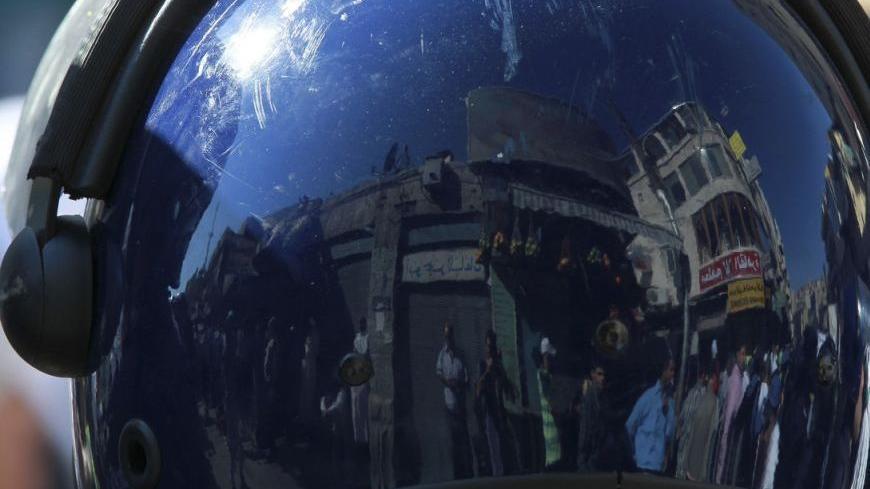 Protesters from the Islamic Action Front and other opposition parties are reflected in a helmet during a demonstration demanding political reforms, in Amman, Oct. 5, 2012. - REUTERS/Muhammad Hamed 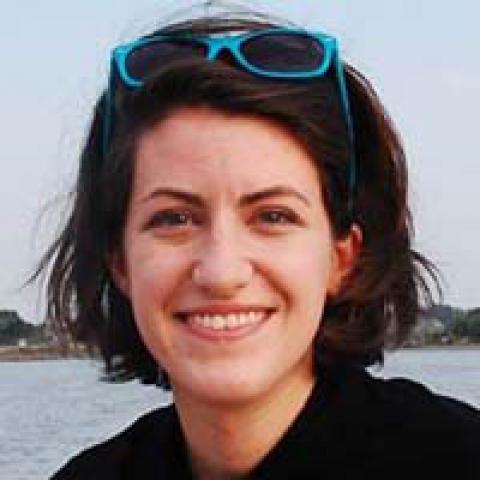 It was hyped first as the opening salvo of Jordan's Arab Spring, then derided for failing to flex much of an opposition muscle. What is certain: on Friday, the Muslim Brotherhood's political arm, the Islamic Action Front (IAF), was able to gather tens of thousands of people in downtown Amman to call for a boycott of upcoming legislative elections, constituting the most serious challenge to King Abdullah's agenda in 22 months of weekly protests throughout the country.

Determining the weight of the show of discontent is a trickier matter. The gathering followed a peculiarly Jordanian etiquette: a potentially destabilizing loyalist counterprotest was suspended at the last minute, while protest organizers exercised careful message control over their chants, which prodded the king for constitutional reform rather than revolution. Borrowing the Syrian sing-song chant of “Get out, Bashar,” which cursed the president and called his brother a traitor, Jordan's protesters substituted more polite lyrics calling for King Abdullah to respond to their requests for changes to the elections law.

As Amman set about assessing the impact of the show of force, coffee shops buzzed with debates over protest's size. Since the IAF had predicted that 50,000 people would take part, the figure became an easy barometer for judging the  Brotherhood's command of the street. Most analysts agreed that they did not quite hit their mark, though estimates ranged wildly, from 7,000 to 70,000.

But the question of who, not just how many, was chanting those slogans is just as important in assessing the protest movement's trajectory. While official media slapped an Islamist label on the rally, the composition of the crowd was more dynamic. Participants joined from more than 80 other groups, including many of the street movements, or “hirak,” that have cropped up outside the capital in the past two years as traditional patronage networks have failed to keep up with a changing economic environment.

To an extent, the diversity of that turnout struck a blow to the conventional wisdom on Jordan's political scene: that the Muslim Brotherhood draws its support from the urban poor of Palestinian origin, while an established patronage network guarantees regime loyalty outside the capital from largely tribal native Jordanians. Palestinians have long had cause for political grievance; although they comprise the majority of Jordan's population, voting districts heavily favor the tribal areas. But as inequality has widened, corruption has become a universal rallying cry. “The biggest gap in the country is not actually ethnic or tribal, but socioeconomic,” said Naseem Tarawneh, who writes the popular Black Iris blog.

Still, many other hirak groups chose not to join; liberal groups and professional unions shied away, too (though one union leader gave a speech and thousands of members showed up in an individual capacity). According to a man from Madaba, who identified as independent, about 70% of those who joined him on the 60-bus caravan down to Amman were with the IAF. Even the hirak groups that did join grumbled reservations about the agenda of the organizers. “This time, we are partners in the street. We don't believe [the Muslim Brotherhood], but this time we will use them. Many times before they have used us,” said Nour al-Din Abu Roman, of the Freedom Movement, one of the hiraks that chose to participate.

With the IAF at the helm, it was little wonder that demands remained circumspect. The organization, observers say, is more a part of the ancient regime itself than a revolutionary force, long tolerated and even courted by royal authorities. “The Muslim Brotherhood in Jordan is completely different from those in Syria and Egypt, because it was never banned here. To the contrary, it's actually saved the regime many times,” said a young liberal activist who was also present at the protest (she asked to remain anonymous in discussing the monarchy, given the recent arrests of multiple colleagues). “Sometimes when we'd go out in protests together, we'd find that suddenly one day they'd all stop coming. It's not a matter of individuals expressing themselves. The party cuts a deal with leaders, then everyone goes home.”

By contrast, the new voices of the emerging tribal opposition have been far more blunt in their criticism of King Abdullah's rule. In March and September, protesters in the southern city of Tafileh chanted blatant anti-monarchy slogans, prompting authorities to conduct sweeps of activist arrests. An 18-year-old boy in Madaba was also detained for burning a poster of the king. Most boldly, the Tafileh protesters have come up with the Dabket al-Fasad, or dance of corruption, that they have taken to dancing in front of various government offices — including the palace gates.

“If you look at activism in Jordan, where the story is really happening, it's not in Amman and in traditional parties, but in these hiraks and areas in the south of the country that have been neglected by the parties — including the Muslim Brotherhood — and where activists tend not to be organized along party lines,” said Mouin Rabbani, editor of Middle East Report. While many of the hiraks were present on Friday, their more aggressive demands have yet to garner widespread public support in the capital.

That, of course, could change if negotiations between the IAF and the royal court continue to fail. In dissolving the parliament on Thursday, the night before the protest, the king effectively nixed any possibility for election reform, since there is no longer a parliament to approve a new elections law. The next goalpost, then, are the elections themselves, set to be held either at the end of the year or the beginning of 2013. If they are not conducted in a free and transparent manner, analysts say, the Muslim Brotherhood would likely be able to mobilize more hirak groups into a broad-based opposition.

To the young liberal activist, the weekend was a turning point in that relationship. While IAF rhetoric still emphasized reform, the message was more direct than before: reform or get out. “That's tribal talk. That's not the usual Muslim Brotherhood,” she said. As one protest sign warned, citing an Arabic proverb: Do you want to kill the vineyard guard or eat the grapes? “It was saying: 'So far, we don't want to fight with you. So far, we just want to focus on the grapes.' But there was an implicit message, too: 'We are ready for revolution.'”

Katie Paul is a freelance journalist who's also covered Syria. She did a Fulbright fellowship on the impact of web connectivity among young people in Syria and has written for Human Rights Watch, Newsweek, Foreign Affairs, Foreign Policy, and the Los Angeles Times. Follow her on Twitter @bupkispaulie