Uzi Rubin, the founder and first director of Israel’s Missile Defense Organization, tells Al-Monitor's Barbara Slavin that he believes if Israel attacks Iran, the Israeli heartland could face retaliation from more than 10,000 missiles based in Iran, Syria, Lebanon and the Gaza Strip. 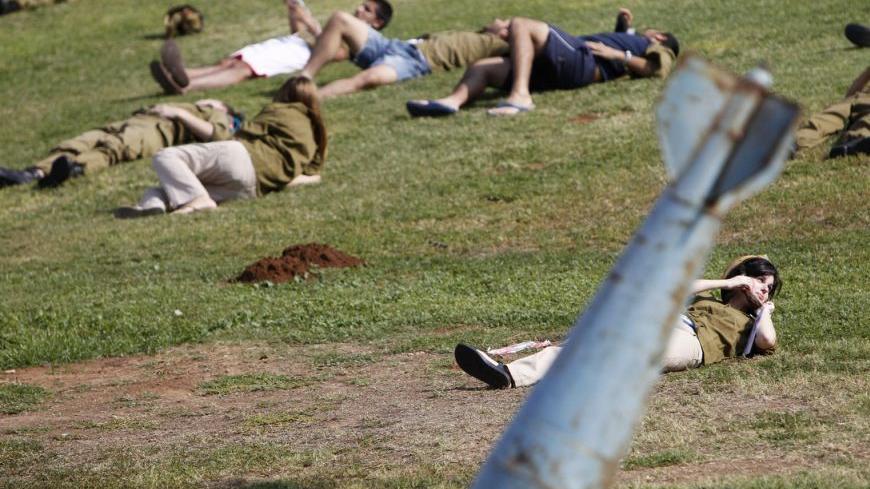 If Israel attacks Iran, the Israeli heartland could face retaliation from more than 10,000 missiles based in Iran, Syria, Lebanon and the Gaza Strip, according to Uzi Rubin, the founder and first director of Israel’s Missile Defense Organization.

Rubin, speaking Thursday (Aug. 16) before the Middle East Studies department of the US Marine Corps University in Quantico, Va., said it was “above his pay grade” to say whether or not it would be wise for Israel to strike Iranian nuclear facilities. However, in a detailed presentation of the threats Israel faces and in an interview afterward with Al-Monitor, Rubin made his reservations about the repercussions of such an attack clear.

Israel’s strategic circumstances have changed dramatically in the last two or three decades, Rubin said, from a time when the main threat came from other nation state’s tanks and airplanes. Recognizing that they could not compete with Israel in these areas, he said, governments in Iran and Syria and the non-state actors Hezbollah and Hamas have emphasized “indirect fire” from “standoff weapons” — rockets and missiles of ever increasing range, power and accuracy.

Rubin said at least 13,000 such weapons are now in the hands of Israel’s adversaries that can reach Israel’s most populated areas, including 1,500 that “can hit greater Tel Aviv.” Hezbollah, which in a 2006 war with Israel confined its strikes to Israel’s north, now “can cover all of Israel down to [its southernmost city, the Red Sea port of] Eilat,” Rubin said. Even Hamas has rockets that can reach Tel Aviv from Gaza, he said. Iran, he said, has several missile systems that could target Israel and has started deploying missiles in hardened silos that would be difficult to take out pre-emptively.

Rubin — known as the father of Israel’s Arrow missile defense system — expressed pride at Israel’s defensive advances, including the Iron Dome system which he said had destroyed more than 100 medium and light rockets fired from Gaza since it became operational last year. He acknowledged, however, that Israel “can’t provide 100 percent defense.”

“In Israel, no place is safe,” he said. “Israel’s main assets can be taken out. This is the new reality.”

Rubin said Israel’s adversaries would seek to overcome Israeli defenses by firing numerous missiles simultaneously in the hope that some could penetrate the shield.

Most of the missiles that could hit Israel are currently based in Syria, he said. One intelligence benefit from the Syrian civil war, he said, is that the regime – which had been secretive about its arsenal — has been conducting televised missile exercises in recent months in an effort to deter NATO intervention on the side of the Syrian opposition. This has enabled Israel to get a better sense of what Syria possesses.

While Rubin, a former brigadier general in the Israeli Air Force, tried to sidestep questions about the wisdom of an Iran attack, he acknowledged to Al-Monitor after his speech that “you read in our papers that most of our military leaders are against an attack."

He suggested that Israel’s “political leadership” — Prime Minister Benjamin Netanyahu and Defense Minister Barak — are “posturing” in their frequent public statements warning that Israel would have to go it alone against Iran rather than allow that country’s nuclear program to reach a “zone of immunity” from Israeli attack.

Many analysts have suggested that Netanyahu and Barak are trying to pressure President Obama to commit to attacking Iran’s nuclear program in the near future.

“I still remain convinced that the Israelis don’t have a play,” Kenneth Katzman, an Iran analyst at the US Congressional Research Service, told Al-Monitor. “They can’t do enough damage. The game is to get us to do it.”

Rubin said retaliation from Iran and Israel’s other adversaries would depend on how successful Israel’s offensive would be. Ironically, he suggested that the Israeli homeland might be better off at least in the short term if an attack on Iran failed to do significant damage to the Iranian nuclear program.

If little damage is done to the nuclear facilities, “the Iranians will celebrate a victory and perhaps nothing else will happen,” he said. Israel could face the strongest retaliation if it succeeded in heavily damaging the Iranian program without suffering major Israeli military losses.

Rubin, who retired from the military in 2002 and now heads his own consulting company, did not minimize the threat of a nuclear Iran.

“Nobody can be indifferent to the Iranian nuclear threat; it’s very bad news,” he told Al-Monitor. “But it’s a choice between something bad and worse … Which is a worse solution — this is a matter of judgment.”

While suggesting that Netanyahu might be bluffing to get maximum concessions from the United States, Rubin acknowledged that “the leadership that talks about it binds itself into a situation. So I’m not saying the chances of an attack are nil.”

Rubin compared the decision facing Israeli leaders to that confronting Israel before the 1967 Six-Day War. Israel ultimately decided to strike first and wound up capturing large swaths of territory previously controlled by Egypt, Jordan and Syria.

“In the Six-Day War, there was no escape from the feeling of doom,” he said. “Unless we strike, we are doomed … I remember going back with my unit to the town of Ramla, people throwing fruit and cake at us and crying. And they were crying because we stayed alive, not because we won. Because we thought we are going to die. That was clear that we had to do the best we could in order to stay alive.”

Now, he suggested, the threat is not of such urgency that it requires drastic action – and the Israeli public does not want to risk their comfortable present for an uncertain future.

“[Now] people enjoy life in Israel," Rubin said. "I’m coming back home and I have tickets for Cirque de Soleil with all my grandchildren and I’m going to enjoy life,” Rubin said. “That’s it.”