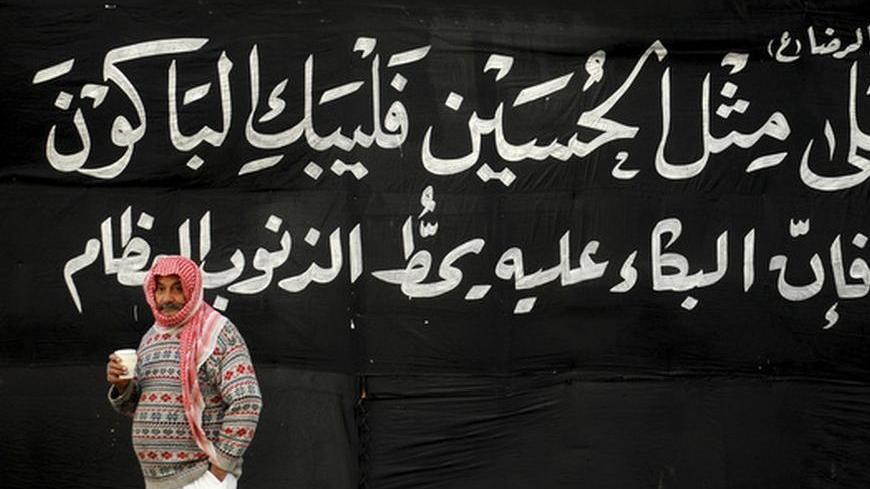 A Saudi man watches the preparation for Ashoura ceremony, to be held on Wednesday, in Qatif January 4, 2009. - REUTERS

Saudi Arabia is facing a growing internal threat from its minority Shia community with help from Iran. The royals have put their best man in charge of the fight, Prince Muhammad bin Nayef, who has been at the center of fighting al-Qaeda’s challenge to the kingdom for years.

The Shia community in Saudi Arabia is diverse and complex. The largest Shia population is in the Eastern Province, which borders the Persian Gulf and where most of Saudi oil is found. The Shia community there has been in a state of growing unrest since the start of the Arab awakening in 2011. As the Shias have long been discriminated against by the Saudis, there have been increasingly violent protests against the House of Saud in the Shia community’s towns and villages. Since Saudi troops crossed the King Fahd Causeway last year to suppress demonstrations in neighboring Bahrain by the Shia majority there, anger at the Saudi royal family has become even more bitter among the Shias in the Eastern Province.

On Aug. 15, they struck at Saudi Arabia’s Achilles heel. A cyber attack was delivered against the Saudi oil company ARAMCO with devastating results. According to US Secretary of Defense Leon Panetta, 30,000 ARAMCO computer work stations were rendered useless and had to be replaced. The Saudi oil company, which Forbes magazine ranks as the world’s largest, and the key to the Saudi oil industry, had the data on many of its hard drives erased and replaced with photos of a burning American flag.

Panetta did not directly accuse Iran of responsibility, but other US officials have pointed right at Tehran. The so-called Shamoon virus underscored the fact that Iran has “undertaken a concerted effort to use cyberspace to its advantage,” according to Panetta.

But the Saudi attack was also an inside job. According to the New York Times, a company insider or insiders probably inserted a memory stick with the virus. ARAMCO has almost 60,000 employees. About 70% of them are Shia Muslims from the kingdom’s Eastern Province. They have long dominated the company and provided its most critical engineers. ARAMCO, in short, is a target-rich environment for angry Saudi Shias with ties to Iran. Only a tiny minority needs to seek Iranian technical help to penetrate the cyber heart of the kingdom’s oil industry.

The timing was significant: The attack was launched on the eve of the Islamic holy “night of power,” or Lailat al Qadr, which commemorates when the Quran was first revealed to the prophet Muhammad by the angel Gabriel. Shia Muslims believe it also coincides with the date on which Ali, Muhammad’s cousin and son-in-law, was fatally wounded by a poison-coated sword in Iraq. The Saudi government understood the message clearly: Iran and the Shias can attack your economy. In effect, we don’t need to shut the Straits of Hormuz — we will shut down your computer instead.

A few days later, a similar virus attacked the RasGas natural-gas company in Qatar, a joint venture between Exxon Mobil and Qatar’s state-owned Qatar Petroleum, which operates the world’s largest natural-gas field. The two attacks, according to Panetta, were “probably the most destructive attack the private sector has seen to date.” But neither attack, apparently, directly targeted the most sensitive ARAMCO and RasGas computer systems that operate the oil industry itself. The attacks were aimed more at management systems.

Responsibility for internal security in the kingdom rests with the Ministry of the Interior, which was long the sinecure of the late Crown Prince Muhammad bin Nayef. His brother Ahmed was the nominal number-two while his son, also named Muhammad, actually ran the organization on a day-to-day basis. Ahmed moved up when the crown prince passed away, but early this month he gave up his position and retired, moving MBN, as he is known, to the top.

The move places him in one of the most sensitive positions in the Saudi hierarchy and marks the gradual transfer of power to the next generation of Saudi princes. He has survived a series of assassination attempts by al-Qaeda, including a suicide bomber who blew himself up while pretending to defect to Saudi intelligence in 2009. MBN survived with only a few superficial wounds.

The Saudi Ministry of the Interior has long been obsessed with concerns about Iranian intelligence activity among the Shia minority. The Saudi Shias are not Iranian pawns, they have very legitimate grievances just like the Bahraini Shia do, but a few will take Iranian help and training.

The Ministry of the Interior has always believed a Shia terror group with links to Iran was responsible for the attack on the American air force base in Khobar, Saudi Arabia, on June 25, 1996 that killed 19 US servicemen and wounded 372 Americans, Saudis and other nationalities. The Khobar Towers are located close to ARAMCO headquarters in Dhahran.

I arrived at the Khobar Towers just hours after the attack as the Deputy Assistant Secretary of Defense for the Near East. The ministry had already determined it was a Shia plot backed by Iran, but was reluctant to go public for fear of starting a full-scale war in the Gulf.

Ministry of the Interior headquarters is in a building designed as an inverted pyramid in downtown Riyadh. It is among the most effective counter-terrorism organizations in the world and has a proven track record of suppressing internal dissent. Today it faces an increasingly sophisticated Shia threat backed by Iran while it must continue to deal with the deadly threat from al-Qaeda in the Arabian Peninsula based in Yemen.

MBN will have his hands full.

Bruce Riedel is a Senior fellow at the Saban Center for Middle East Policy at the Brookings Institution.