'Why Do They Hate Us?' A Blogger's Response

Mona Kareem responds to Foreign Policy Magazine's “Why do they hate us?” She is surprised by the topic — the niqab, to her mind, is not the most useful starting point for a discussion of female oppression in the Arab world — and disappointed by the article’s simplistic “Anglophone feminist” approach, which relies on stereotypes to make its points. 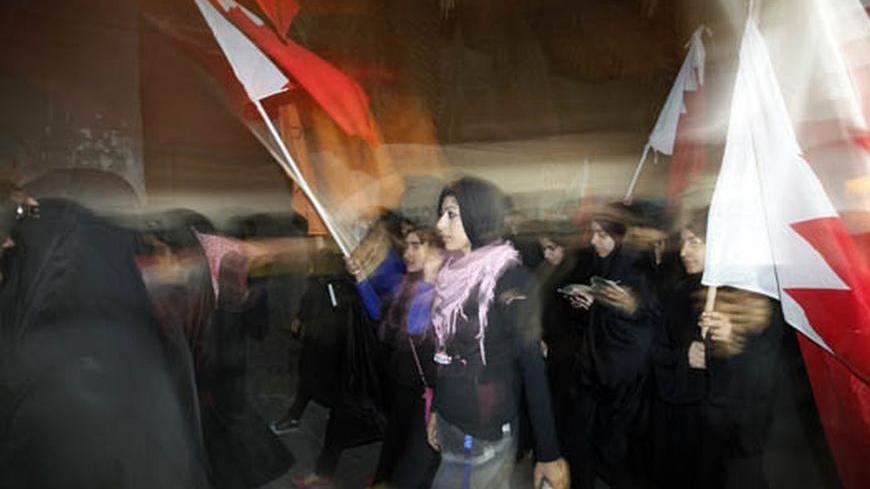 Zainab al-Khawaja (C), daughter of human rights activist Abdulhadi al-Khawaja, takes part in a rally held in support of her father in the village of Bani-Jamra, west of Manama March 11, 2012.
April 24, 2012

Mona Eltahawy’s article “Why do they hate us?,” published in Foreign Policy Magazine’s special issue on women, has a catchy title.  When I first saw it, I honestly thought it was referring to the Egyptian military’s violations of women’s rights by performing “virginity tests” — especially as the military’s aim seemed to be to exclude women from taking part in political life by brutalizing them and showing them as fragile and vulnerable.

But it was not.

I have met Eltahawy before, attended one of her talks and read some of her articles. I know she presents herself as a feminist before anything else and this is why I am so concerned about the idea she proposes in this essay. Let me start from another point before getting to the article.

When France banned the niqab last year, Eltahawy went on TV praising this decision because she thinks it protects women from being forced to wear it.  I saw the decision as discriminatory and shameful, and this was the most essential disagreement between the two of us. In Kuwait, where I come from, many women wear the niqab because their tribal society forces them into it.  But there are other factors to consider here:

The fact that Eltahawy supported the niqab ban shows where she stands on ideology: she’s a liberal Arab-American with what I’ll call an “Anglophone feminist” approach.

Being a liberal Arab-American explains a lot of the rhetoric Eltahawy uses in the Foreign Policy piece. The photos that accompany the article also rely on stereotypes. The images of a woman painted in black, except for her eyes — a reference to the niqab — are exactly what Eltahawy professes to be against; they are stereotypical depictions of Arab women, and this makes them dangerous.  If she did not choose them, I think it is necessary that she confronts the publication for such a choice.

The essay is also stereotypical, as it relies on generalizations and stereotypes of Arab men to make its point. Eltahawy says “they hate us and we need to admit that!” And then she lists more than three pages of recent violations of women’s rights in the Arab world. The issue at stake here is not whether women are discriminated against in the Arab world, as that argument is well established and is only denied by Islamist maniacs. The issue here is: how the hell can those violations prove an argument of “hate?”

Eltahawy argues against Arab claims that Jews or Israelis hate us, but she uses the same logic when she puts Arab men under an umbrella of a single emotion: hate.

What should be considered is that we live in patriarchal societies, and the foundations of Middle East-based monotheistic religious texts are established on this patriarchy. Eltahawy’s claim not only degrades Arab culture in general but also patronizes Arab men and women by making the whole struggle for gender equality a conflict between the two sexes based on personal emotions.

Another problem I have with the general speech of “Arab feminism” is the term in itself. I really dislike seeing more than 20 different cultures put under one roof. Eltahawy is not a Pan-Arabist, I am assuming, yet she falls for this very common oriental division imposed by the media and others. Anyone knows how radically divergent the “Arab World” is: the North-African Arab culture is a far different culture from that of the Arabian Gulf.

If one reads Chapters on Woman, a book written by the Iraqi Hadi Al-Alawi, then one can understand a lot of things about how cultural, environmental and historical conditions constructed gender consciousness in the Arabian Peninsula. For example, in Egypt, female genital mutilation is more of an African tradition than an Arab one. It does not exist in the Gulf or in Tunisia.

Last point: I think that Eltahawy has had many chances to present her thoughts on women’s rights. If western publications, including Foreign Policy, are interested in focusing a spotlight on so-called “Arab feminism,” then similar chances should be given to other Arab women. A variety of media outlets have included the stories of different women from the Arab world after the uprising, yet they rarely give them chances to speak about their experiences and to express their opinions.

Women like Manal Al-Sharif, Rasha Azab and Samira Ibrahim are not less “feminist” than other prominent female figures in the world. The veiled Bahraini protester Zainab Alkhawaja, for example, can speak well of the women’s struggle as she protests alone in the street and gets arrested for the sake of her detained father. He is Abdulhadi Al-Khawaja, the prominent Bahraini-Danish human rights activists who has been on a hunger strike in prison for 76 days.  He, I am sure, does not hate her.

Mona Kareem is the founder of BedoonRights.org and a graduate student in Binghamton NewYork. She is a blogger, journalist and poet with two published collections. You can follow her blog at www.monakareem.blogspot.com.