Egypt Still Divided After First Round of Voting

Bassem Sabry analyzes the first round of voting in the referendum on Egypt’s constitution and still sees a divided Egypt. 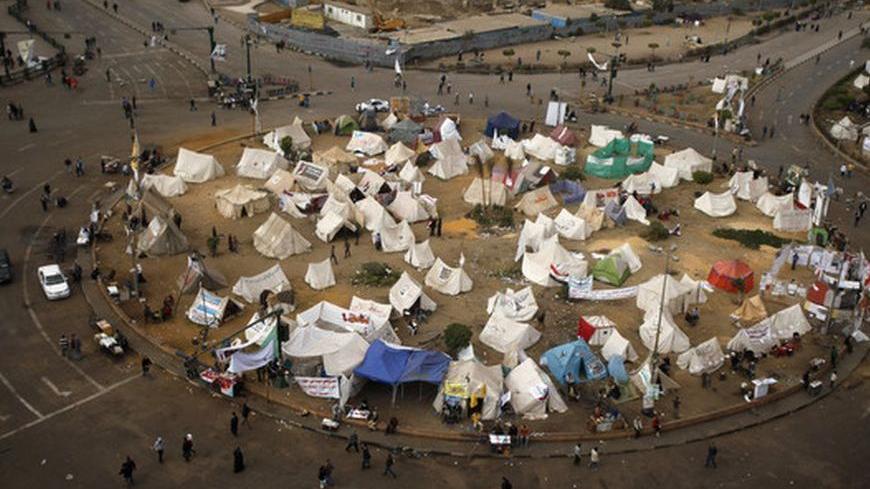 As Egypt wraps up the first round of its immensely controversial referendum on the draft constitution, the country has grown perhaps even more divided with the release of the polling results than it was before.

Quite surprisingly, even for many of the anti-constitution campaigners, the draft constitution won only 56.5% support, while the “no” camp scored a somewhat unexpected 43.5%. Islamists were regularly claiming an expected 70%+ figure, though maybe largely as propaganda, while many analysts were expecting something within the mid-sixties range. While there is an avalanche of reports alleging various forms of electoral violation and voter manipulation coupled with calls for at least a repeat of the first round, for the purposes of this piece I will assume the results were sufficiently fair and accurate.

To benchmark and understand this new data, the easiest route would be to compare the results of this round of the referendum to the parallel results from the March 2011 referendum on the constitutional amendments. Back then, the scene was quite similar to that of today. Islamists and much of the state apparatus were gearing for a “yes” vote, in hopes of moving towards parliamentary elections first, whereas the liberal opposition was vying for a “no” vote so as to move towards the writing of a new constitution as their preferred primary step. In a vote that also carried heated religious undertones, the “yes” vote eventually garnered a massive 73%, compared to a meager opposition of 27%.

On a per-governorate level, eight out 10 governorates scored a lower “yes” vote in this referendum than in the 2011 one. Most noticeably, Cairo, which voted “yes” by 63% in 2011, turned around and voted “no” by 56.5% in this referendum. Alexandria voted “yes” by 56% this year, down from 67% from the last. El-Daqahleyya dropped in the “yes” vote from a whopping 80% to 55%, El-Gharbeyya shifted colors from a resounding 79% approval to a Nay-saying 52%, while El-Sharqeya dropped from an “87%” yes to a 66% rejection. Other governorates featured drops as well, while only Assiut grew from 73% approval to 78%, and — quite interestingly — Sohag remained remarkably steady at 79% in both referenda.

But the differences between both referenda make the increase in the naysayers much more noteworthy. In 2011, it was the Military that was running the country, though most expected — and were thus somewhat comfortable with — some form of a big victory for Islamists in the parliamentary elections as they voted “yes” to advance such elections. In 2012, it is actually the Islamists — namely the Muslim Brotherhood and President Mohammed Morsi — who are at the helm of the state, whereas many see the military, rather than the opposition. as the likely successor if the Brotherhood continues to mismanage the country.

In 2011, the opposition — though relatively less organized than they are today — also had significantly more time to mount a vote-no campaign, yet scored substantially lower figures than this round’s. The country also had a wider feeling of unity in 2011, withEgypt today is more polarized than ever following the aftermath of the President’s Constitutional Declaration which — among other perhaps more acceptable contents — granted him absolute powers, coupled the political crisis that ensued, as well as the perceived increasing mismanagement by the President and the MB of the country.

There is also a growing number of Egyptians, many of them quite conservative, who are increasingly worried about the President and the Islamist movement, and by voting “no” on the constitution they hope to halt that what they see as the continuing “Brotherhoodisation” of the state. For many of them, it was actually a “no “vote to the MB, perhaps even more than a “no” to the constitution. Additionally, many people claimed to have also voted “yes” this time as well for the sake of stability and due to them not finding any genuinely troubling aspects about the draft constitution, despite simultaneously having negative feeling about the MB and the Islamists.

Perhaps even more interestingly, more people voted “no” this time around in these primary ten governorates despite how the “stability” argument applies much more pressingly now on all levels, especially as the country’s economy continues to approach the edge of the cliff, while the security situation continues to deteriorate following recent ground clashes between supporters of the Islamists and the opposition, with the situation in Sinai and the Jihadist presence there remaining a dark and troubling mystery.

If anything, the vote shows a population that has adapted to the realities of a tumultuous democratic transition and less willing to be easily swayed by what were once vague yet overpowering calls for stability.

But what is stunning is that — contrary to anecdotal evidence — participation in those 10 governorates has actually dropped from 9.5 million in 2011 to a little over eight million voters in 2012, with a participation rate of just around 31-32% (data is still being officially finalized). This means, especially if you add data from previous parliamentary and presidential votes, that for all the polarization and amassing of supporters over the past few weeks, most of the country appears unaligned politically in any staunch manner and remain composed primarily of swing and/or disinterested voters, with less citizens feeling the desire to cast their votes. This is perhaps an expression of growing frustration with the entire political process.

Alternatively, the results also reveal an improvement in the fortunes of the opposition, though possibly in spite of, rather than because of, their efforts. However, they also reaffirm the observation that the opposition’s sphere of influence is closer to the country’s capital and urbanized areas, whereas their influence wanes as you move further. The “yes” vote is thus likely to grow in the second round of the elections on account of that last observation alone.

Local debate within Egypt suggests that, for the constitution to win a decisive political victory, it arguably needs to reach and/or cross what appears to be what is now a much less certain 70% “yes” threshold. If it fails to do so, the President and allied Islamist forces will find themselves at a critical crossroads: either they choose to try another difficult pivot to the center and attempt to rally the country for true national reconciliation, including the potential drafting of a new constitution or the amending of this current draft, or they can push forward along partisan lines and claim that “a victory is a victory,” and continue to attempt to hold on to any majority they might still hold.

The first scenario might entail a short term setback for the Islamist camp, but a longer-term chance at regaining more mainstream approval and bringing a country together, something the country desperately needs right now. The second scenario might bring perceived short term victories, but would be likely to continue plunging the country into this increasingly protracted popular and political confrontation whose end is just troubling hard to predict.

Bassem Sabry is an Egyptian writer and blogger who blogs at An Arab Citizen. He can be found on Twitter as @bassem_sabry.