On Iran, Bibi Will Not Take 'Yes'For an Answer

Prime Minister Netanyahu's impatient attitude towards recent diplomatic moves with Iran raises fears that he is not willing to take "yes" for an answer regarding a settlement on the Iranian nuclear program, writes Akiva Eldar, Senior Analyst at Ha’aretz. It's time for Israel to renounce its own nuclear ambiguity policy and start making some progress. 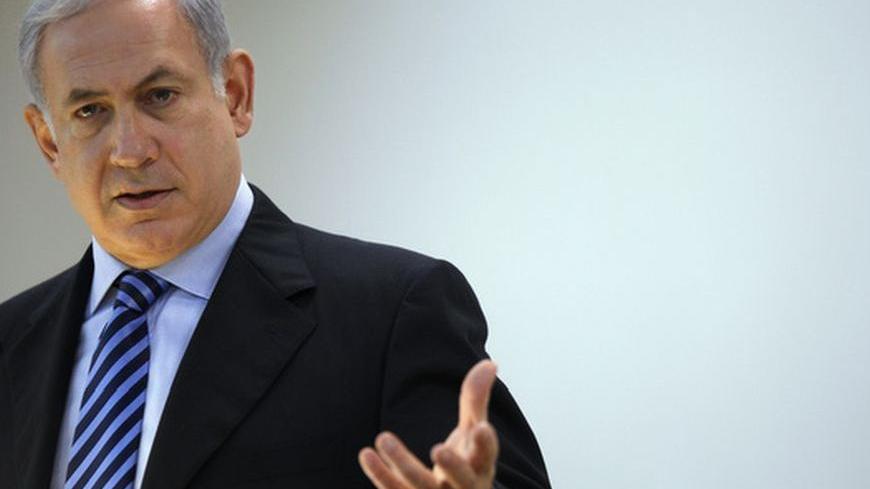 The  disapproval voiced by PM Benjamin Netanyahu over the recent diplomatic move vis-à-vis Iran shows that the Israeli leader has crossed the thin line separating constructive warning from destructive denunciation. His impatient attitude raises fears that, under no terms whatsoever, would he be willing to take "yes" for an answer regarding a settlement on the Iranian nuclear program. Netanyahu is thus exposing the Israeli position on Iran to the danger of rendering the evidence cited by Israel and its arguments incredible in the eyes of the West. Furthermore, his approach could give rise to suspicions that Israel is interested in perpetuating the problem of the Iranian compliance with the Nuclear Non-Proliferation Treaty since it is justifying its own refusal to sign the treaty. (The disreputable club of NPT recalcitrant states comprises, besides Israel, only North Korea, Pakistan and India.) Israel's insistence on keeping the Iranian issue on top of the international agenda may also be interpreted as a transparent ploy, aimed at removing from that same agenda the issue of Jewish settlements in the occupied territories and the stalemate in the political process with the Palestinians.

It seems, however, that Netanyahu fails to take into account the highly likely possibility that the siren he is sounding will alert the international community to the danger of the nuclear arms race in the Middle East. Indeed, in recent months, there have been increasing calls in the United States and Europe for the disarmament of the Middle East of all weapons of mass destruction. And a conference is to be convened in Helsinki shortly following the United States presidential elections to promote the initiative for the establishment of a weapons-of-mass-destruction-free-zone (WMDFZ) in the Middle East.

Sooner or later — most probably, sooner than later — Israel will have to give up the special standing it has been enjoying with respect to the nuclear issue. For how long will Israeli commentators and journalists have to add the words "according to foreign sources" when referring to the nuclear weapons Israel allegedly has? Until when will Israel's top-secret nuclear facility in the southern Israeli town of Dimona remain off limits for the United Nations Atomic Energy Commission monitors? And how many more years will the international community be willing to carry, guilt-ridden, the burden of the Holocaust and shut its eyes to the conduct of the second and third generation of Holocaust survivors?

Any responsible Israeli leadership has to take into consideration the two strategic threats that imperil the very existence of the State of Israel: First, that of the Jewish state losing its Jewish majority and jeopardizing the democratic fashion, isolated in both the regional and international arenas. Second, that of international pressure on Israel to sign a treaty for the disarmament of the Middle East of all weapons of mass destruction, which would mean giving up its nuclear deterrence while still engaged in confrontation with the Palestinians. These two threats should be dealt with simultaneously and in unison, so as to create interdependency between them.

First of all, Israel has to leave the club of NPT recalcitrant states, renounce its nuclear ambiguity policy — or, as it is variously known, nuclear opacity — and formally join the club of nuclear weapons states signed on the NPT. Such a move would be contingent upon the declaration of a nuclear freeze throughout the region, including in Iran. At this stage, Israel would only be required to open its nuclear facilities to international monitoring, but no request for disarmament would be made at this point. At the same time, all countries in the region, including Iran and Israel, should sign an agreement based on the 2002 peace initiative of the Arab League, which was unanimously endorsed at the time by all Arab League members (including Iran). All Arab states, including Iran, would then announce an end to the state of war with Israel, while Israel would declare the cessation of all construction activity in the settlements and withdraw its opposition to the establishment of a Palestinian state. Such an arrangement would enable the Tehran leadership to present to the Iranian people the freeze on Iran's nuclear program as a significant political achievement rather than as a disgraceful surrender to Israeli and American pressures.

Once the nuclear arms race in the Middle East is stopped and the Israeli-Arab conflict is resolved, the countries in the region would be able to allocate the huge resources invested at present in military armament to economic development and the promotion of education and health, to the welfare of their peoples. At this point, over a year following the emergence of the Arab Spring, it becomes apparent that the deposal of the rulers formerly in power has contributed nothing towards the solution of the problems of unemployment, illiteracy and poor sanitary services. Israel, which is likewise forced to increase its defense budget at the expense of the needs of its citizens, would also be able to change its resource allocation priorities and bring back home the dozens of thousands of talented young Israelis who, for the time being, prefer raising their children in safer and calmer countries.

Akiva Eldar, Senior Analyst at Ha’aretz. It's time for Israel to renounce its own nuclear ambiguity policy and start making some progress.