Ronen Levy, previously known only as "Maoz," is emerging from his career as a shadowing intelligence figure and conduit to Arab leaders, to become director general of Israel's Foreign Ministry. 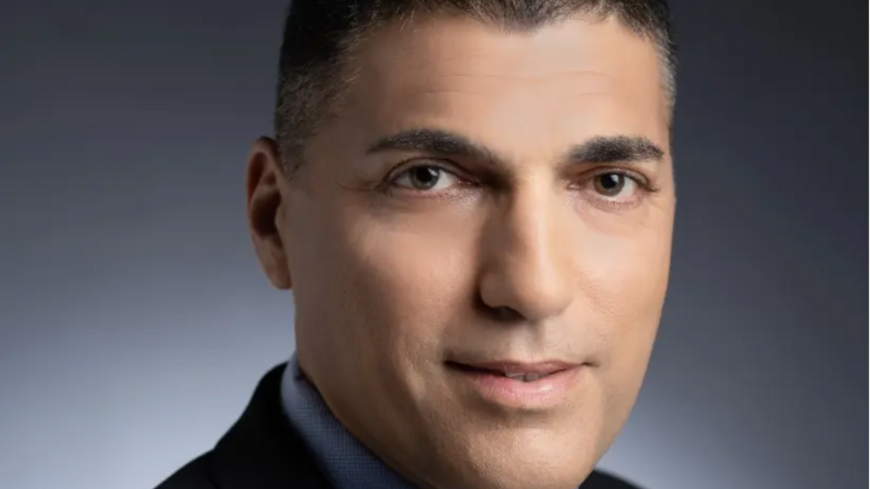 Former Shin Bet senior Ronen Levy was made director general of Israel’s Foreign Ministry on Sunday, becoming the first intelligence agent to hold this position, occupied over the years either by professional diplomats or political associates of the foreign minister.

Levy, 48, is considered close to newly appointed Foreign Minister Eli Cohen, who served  as minister of intelligence affairs in the former Netanyahu government from 2020 to 2021. The new appointee played a key but clandestine role in creating the conditions and building the delicate relations for reaching the 2020 Abraham Accords, that normalized relations with the United Arab Emirates, Bahrain, Morocco and Sudan. His ascendance is another signal from Netanyahu and Cohen about their intention to expand the accords to include other countries in the region.

In contrast to his predecessor Alon Ushpiz, who worked openly as a diplomat for more than three decades, Levy has spent his professional career in the shadows, holding sensitive positions in the Shin Bet, Israel's security agency. Only upon his appointment was his picture even released to the public.

Until his appointment, Israelis had only heard of "Maoz," Levy’s code name at Shin Bet. We now know that he joined the Shin Bet in his 20s after completing his military service and soon gained a reputation as a skilled handler. He climbed through the ranks to head the Gaza division. He was reportedly involved in a long list of operations in Gaza and the West Bank and is considered an expert on Hamas. Levy was appointed as the head of the Gaza unit in the Shin Bet in 2015.

The turning point in his career came in 2018, when he was transferred from the Shin Bet to the National Security Council under Meir Ben-Shabbat. It was a crucial time in negotiating and laying the groundwork for the Abraham Accords. It was at this point that he developed close relations with Netanyahu and Cohen.

“Maoz” played a central role in forging clandestine relations with nations in the Arab world and Africa. He quietly managed such relations with Chad, for example, which led to the official reestablishment of ties Israel and later Netanyahu’s historic visit to the country in January 2019.

He was also heavily involved in building relations between Israel and Sudan, organizing the meeting between Netanyahu and Sudanese leader Abdul Fattah al-Burhan in Uganda in 2020. Sudan joined the Abraham Accords eight months later.At the same time, he and Ben-Shabbat laid the groundwork for Israel’s intimate relationship with Moroccan Foreign Minister Nasser Bourita and Fuad Ali el-Himma, senior adviser to the Moroccan king. These relationships contributed to the renewal of ties with Morocco in December 2020.

During his time at the National Security Council, he was also responsible for Israel's relationship with Egyptian intelligence and strengthening communication mechanisms for maintaining calm in the Gaza Strip.

The only press interview with Levy took place about a year ago, with Israel’s public broadcaster KAN. In the interview, which concerned the Abraham Accords, Levy discussed some of his experiences and roles behind the scenes. But he was identified only as “Maoz” and his face was obscured, a far cry from the public face he will wear now.

In the interview, Levy, who speaks Arabic fluently, described his intimate relations with the leaders of Arab states. While he did not name names, he said that building trust with them required extreme sensitivity and patience.

Speaking about one Arab leader, he said those engagements included casual outings. “It is a personal relationship. It means going out to a restaurant with him, or walking the streets of Rome or Paris with him, or sharing a pita with za’atar in east Jerusalem," Levy said.

He described one occasion where he brought an Arab contact to east Jerusalem and allegedly took him to Al-Aqsa Mosque, the third holiest site in Islam.

“He came out and said, ‘Maoz, everything I’ve seen and heard is very different from what I actually saw here," Levy said.

There was no confirmation of these details and interactions detailed by Levy from any Arab official.

He also looked back at the shuttle trips he did across the Arab world in private jets, always using his alias. Levy usually brought his guests cookies his wife baked specially for them, in much the same way he recruited new agents for the Shin Bet.

“It is impossible to develop a personal relationship if you buy something for them [Arab leaders] at the duty free. It's nice, but bringing them something from home is authentic and real. It comes from the heart. I really believe that.”

Back at the helm, Netanyahu is expected to return to his previous policy of sidelining the Palestinians and focusing on the moderate Arab states. According to his associates, even when in the opposition, Netanyahu had continued to work on his plans to expand the Abraham Accords, with his ultimate goal of reaching an agreement with Saudi Arabia.