The US Treasury has imposed sanctions on Lebanese economist Hassan Moukalled, his two sons and his money-exchange business. 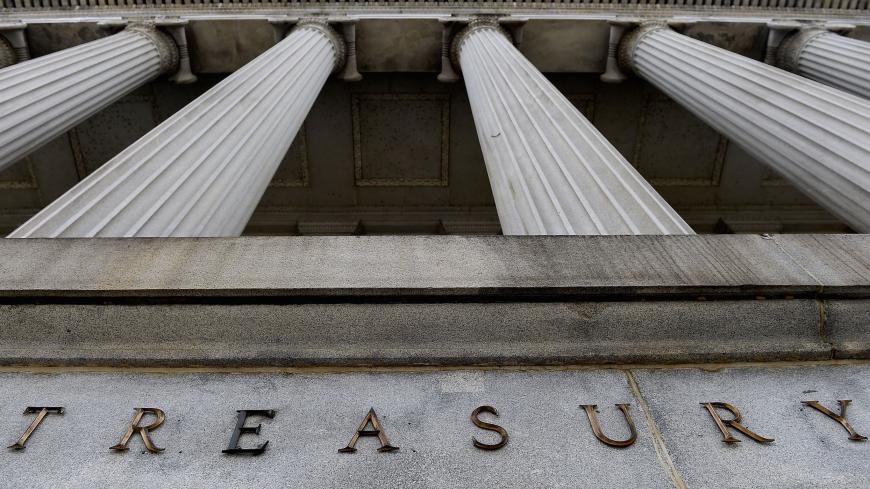 An exterior view of the building of US Department of the Treasury is seen on March 27, 2020, in Washington, DC. - OLIVIER DOULIERY/AFP via Getty Images

WASHINGTON — The Biden administration on Tuesday designated a Lebanon-based network accused of facilitating financial activities for Hezbollah and helping the militant group profit from the country’s economic meltdown.

The man at the center of the network is Hassan Moukalled, a Lebanese money exchanger and economist who the US Treasury Department said “plays a key role in enabling Hezbollah to continue to exploit and exacerbate Lebanon’s economic crisis.”

In a statement, the Treasury said Moukalled works closely with the previously sanctioned Hezbollah finance official Muhammad Qasir, including on business deals involving Russia and in obtaining weapons for Iran-backed Hezbollah. He also played an intermediary role in negotiations between the country’s Central Bank and Hezbollah in 2016.

“As Lebanon and its economy faced a dire and ongoing financial crisis in mid-2022, Hassan Moukalled was working with Hezbollah officials to capitalize on investors’ and expatriates’ efforts to make money in the Lebanese financial sector and transfer cash out of Lebanon,” Treasury said in a statement.

The Treasury further designated Moukalled’s sons Rayyan Moukalled and Rani Moukalled, who are accused of helping enable his financial activities, and two additional companies that are owned or controlled by Moukalled.

“As corruption undermines economic growth and the ability of individuals to provide for their families, the United States is committed to holding accountable those who exploit their privileged positions for personal gain,” Brian Nelson, the Treasury's undersecretary for terrorism and financial intelligence, said in a statement.

The latest sanctions come as Lebanon experiences its worst financial and economic crisis since its 1975-90 civil war. The Lebanese currency has lost more than 90% of its value since fall 2019 and the prices of food, fuel and other basic necessities have surged.

The dire economic situation was made worse by the massive blast that ripped through Beirut’s port in August 2020. On Tuesday, the judge probing the explosion charged then-Lebanese Prime Minister Hassan Diab and several current and former officials in connection with the blast, which damaged much of the Lebanese capital and killed more than 200 people.