A US Treasury official says the department is targeting Hezbollah's "misuse of the international financial system" to raise funds for terrorism. 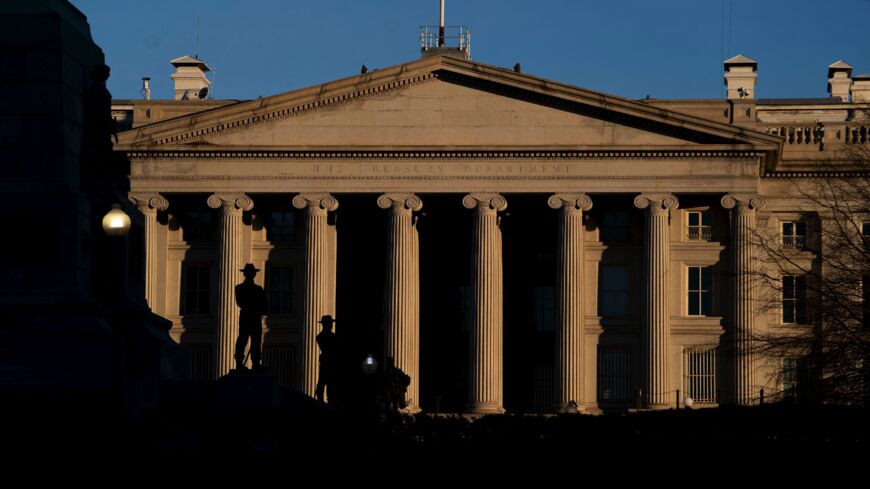 The US Department of Treasury building is seen in Washington, DC, early on Jan. 12, 2022. - STEFANI REYNOLDS/AFP via Getty Images

The US Treasury Department sanctioned three Lebanese people and 10 companies on Friday accused of being part of a Hezbollah-affiliated financial network that helped the Iran-backed militant group obtain funds.

The Treasury’s Office of Foreign Assets Control (OFAC) designated Adnan Ayad, a Hezbollah member and businessman who the department said operated an international network of companies.

OFAC also blacklisted alleged members of an international network of facilitators and companies connected to Ayad and Adel Diab, his business partner who was sanctioned on Tuesday.

The sanctions on Friday were issued under Executive Order 13224, which allows the Treasury to block the assets of those who commit or pose a significant risk of committing acts of terrorism. The United States designated Hezbollah a foreign terrorist organization in 1997.

“Today’s action exposes and targets Hezbollah misuse of the international financial system to raise and launder funds for its destabilizing activities as the Lebanese people suffer during an unprecedented economic crisis in Lebanon,” said Brian Nelson, Treasury’s undersecretary for terrorism and financial intelligence.

“Treasury is committed to disrupting Hezbollah’s illicit activity and attempts to evade sanctions through business networks while the group doubles down on corrupt patronage networks in Lebanon,” Nelson said in a statement.

The sanctions come as the small Mediterranean country experiences its worst economic crisis since the 1975-1990 Lebanese civil war. Its currency has lost roughly 90% of its value since 2019, plunging millions into poverty and triggering shortages of food, fuel and other essentials.

In October, the Biden administration sanctioned two wealthy Lebanese businessmen and a member of parliament accused of enriching themselves at the expense of the Lebanese people. In coordination with Qatar, the administration in September sanctioned a Hezbollah financial network based in the Arabian Peninsula.