The US Treasury Department designated Adel Diab, Ali Mohamad Daoun and Jihad Salem Alame as well as their travel company. 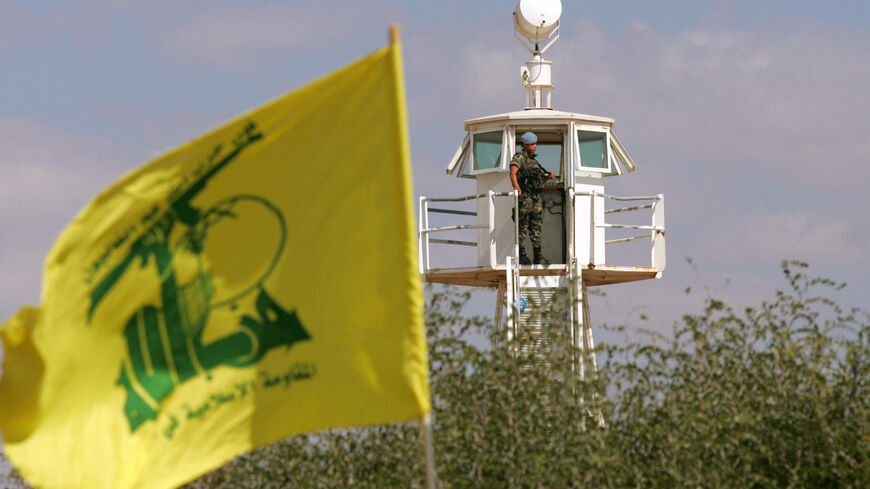 A Hezbollah flag flies in the foreground as a member of the Spanish contingent of the United Nations Interim Force in Lebanon (UNIFIL) stands in a lookout tower on Oct. 2, 2008, near the southern Lebanese village of Abbassiyeh near to the disputed Israeli-occupied Shebaa Farms area. - MAHMOUD ZAYAT/AFP via Getty Images

“Hezbollah claims it supports the Lebanese people, but just like other corrupt actors in Lebanon that Treasury has designated, Hezbollah continues to profit from insulated business ventures and backdoor political deals, amassing wealth that the Lebanese people never see,” said Brian Nelson, Treasury’s undersecretary for terrorism and financial intelligence.

Diab, Daoun, Alame and their company were sanctioned under Executive Order 13224, which allows the Treasury to block the assets of those who commit or pose a significant risk of committing acts of terrorism. The United States designated Hezbollah as a foreign terrorist organization in 1997.

The sanctions come as the small Mediterranean country experiences its worst economic crisis since the 1975-1990 Lebanese civil war. The United States and other foreign donors have called on Lebanon to enact long-promised reforms in order to receive further financial assistance.

Hezbollah’s “widespread network of financial facilitators has helped the group exploit Lebanon’s financial resources and survive the current economic crisis,” the Treasury said in a statement.

In October, the Biden administration sanctioned two wealthy Lebanese businessmen and a member of parliament accused of enriching themselves at the expense of the Lebanese people. In coordination with Qatar, the administration in September sanctioned a Hezbollah financial network based in the Arabian Peninsula.