The Treasury Department accused a Gulf-based group of individuals and front companies of concealing the Iranian origins of oil shipments. 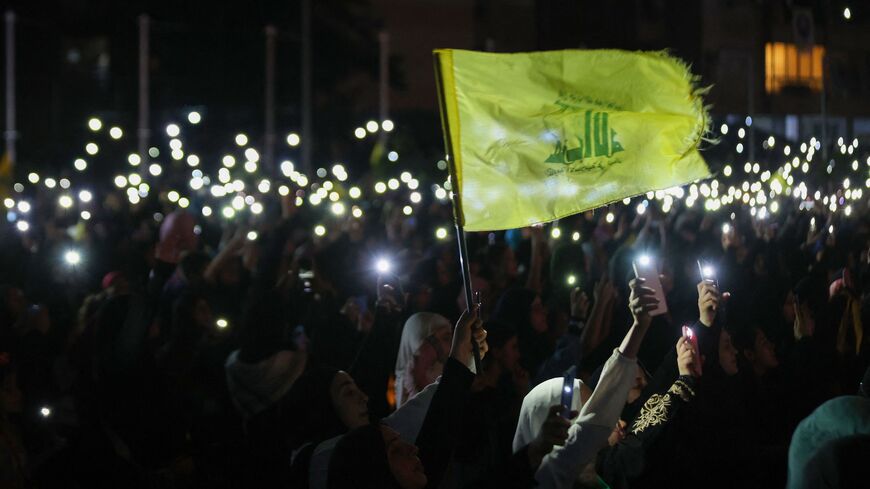 Supporters of Hezbollah hold up their phones and wave the party flag during a celebration marking the 40th anniversary of the Shiite movement creation in a southern suburb of Beirut on Aug. 22, 2022. - ANWAR AMRO/AFP via Getty Images

The designations targeted what the US Treasury Department said was a Gulf-based group of individuals and front companies that used storage units in the United Arab Emirates’ Port of Sharjah and blended oil shipments to conceal their Iranian origin. Modified or counterfeit certificates were given to the oil shipments before their sale abroad, the department said.

Treasury designated six individuals, 17 entities and 11 vessels involved in the sale of hundreds of millions of dollars worth of oil on behalf of Iran-backed Hezbollah and the IRGC’s Quds Force. The oil-smuggling network was sanctioned under Executive Order 13224, which targets terrorist organizations and their supporters.

“The individuals running this illicit network use a web of shell companies and fraudulent tactics including document falsification to obfuscate the origins of Iranian oil, sell it on the international market and evade sanctions,” said Brian Nelson, the Treasury Department’s undersecretary for terrorism and financial intelligence.

“Market participants should be vigilant of Hezbollah and the IRGC-QF’s attempts to generate revenue from oil smuggling to enable their terrorist activities around the world,” Nelson said in a statement.

As efforts to revive the landmark nuclear agreement faltered earlier this year, the Biden administration stepped up its targeting of Iran’s oil and petrochemical products. It announced counterterrorism sanctions in May on another international smuggling network allegedly led by current and former Quds Force officials and backed by senior levels of the Russian government.

The latest sanctions come as anti-government protests continue for the seventh straight week in Iran. Since demonstrations erupted in mid-September over the death in police custody of 22-year-old Masha Amini, the Biden administration has rolled a tranche of mostly human rights and internet censorship-related sanctions on those involved in Iran’s brutal crackdown on protesters.

Last week, the administration imposed sanctions on 14 Iranians, including Revolutionary Guard commanders, a provincial governor and prison officials. It also designated an Iran-based foundation that maintains a multimillion-dollar bounty on Salman Rushdie, the British-American author attacked on stage in New York in August.