US sanctions firms in China, UAE over Iranian oil sales 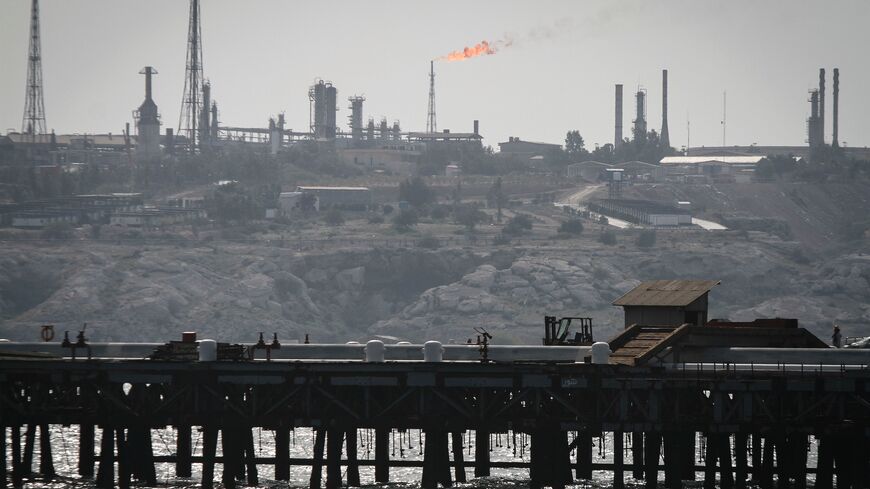 A picture shows an Iranian oil facility on Khark Island on Feb. 23, 2016. - AFP via Getty Images

The US Treasury Department announced new sanctions Thursday targeting 13 companies it said were part of a network supporting the sale of Iranian oil and petrochemicals.

Based in China, Hong Kong and the United Arab Emirates, the designated companies are accused of facilitating the sale of hundreds of millions of dollars’ worth of Iranian petrochemicals and petroleum products to buyers in East Asia on behalf of previously sanctioned Iranian companies, including the National Iranian Oil Company.

“Today’s action further demonstrates the complex sanctions evasion methods Iran employs to illicitly sell petroleum and petrochemical products,” Brian Nelson, the Treasury's under secretary for terrorism and financial intelligence, said in a statement. “The United States will continue to implement sanctions against those actors facilitating these sales."

The Biden administration has stepped up its targeting of Iran’s sanctions evasion efforts as prospects for resurrecting the landmark nuclear deal have dimmed and anti-government protests continue across Iran. Since June, the administration has imposed five rounds of sanctions on Iran’s illegal petroleum and petrochemical trade.

On Nov. 3 the Treasury Department unveiled sanctions on an international oil smuggling network accused of generating revenue for the Lebanese militant group Hezbollah and the foreign arm of Iran’s Islamic Revolutionary Guard Corps.

Henry Rome, a senior fellow at the Washington Institute for Near East Policy, described the latest sanctions as a positive step but said more could be done to curb Iran’s illicit energy exports.

“Much more is required to exert real financial pressure on Iran’s pipeline of energy revenues,” Rome said. “The US should think bigger, in terms of a broader, concerted campaign — with diplomatic as well as economic tools — to target these exports.”

The latest measures come as Tehran violently cracks down on one of its largest protest movements since the 1979 revolution, and Washington has shifted its attention from the stalled nuclear talks to holding the regime accountable for its repression.

Earlier this week, the administration imposed sanctions on six senior employees of an Iranian state-run media corporation accused of broadcasting hundreds of forced confessions of detainees in Iran. It also designated firms involved in the production or transfer of Iranian drones to Russia for use in attacks against civilian infrastructure in Ukraine.