More than two years following the signing of the Abraham Accords, the UAE confirms that it will include the Holocaust in the curriculum of its primary and secondary schools. 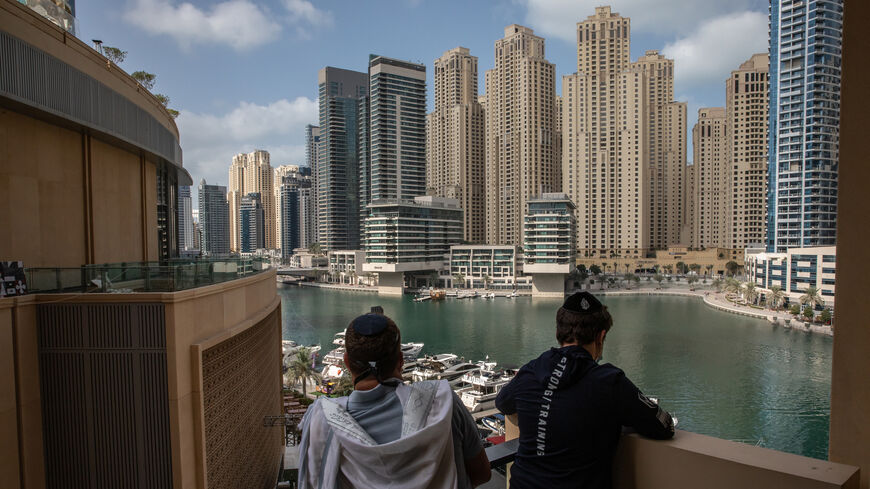 The United Arab Emirates will now include the Holocaust in the national curriculum at the primary and secondary level, following the signing of the Abraham Accords, the normalization deal between the UAE and Israel 2020.

“Holocaust education is an imperative for humanity and too many countries, for too long, continue to downplay the Shoah [Holocaust in Hebrew] for political reasons..I commend the UAE for this step and expect others to follow suit soon," she tweeted.

Pleased to see this important step by the United Arab Emirates. Holocaust education is an imperative for humanity and too many countries, for too long, continue to downplay the Shoah for political reasons. I commend the UAE for this step and expect others to follow suit soon. https://t.co/2r8qGp3lSp

Why it matters: According to media reports, the Emirati Ministry of Education is currently working on the new curricula in coordination with the Institute for Monitoring Peace and Cultural Tolerance in School Education. The topic was never covered at schools in the UAE before. The Arab world is rife with conspiracy theories, anti-semitic publications and denials about the systemic killing of six million Jews in Nazi Germany in World War II.

Ali Al Nuaimi, member of the Federal National Council and a broker of the Abraham Accords, said during a Washington Institute panel discussion in Washington last November that the Holocaust is not just a Jewish tragedy, but a human one that should be told.

“Public figures failed to speak the truth because a political agenda hijacked their narrative, yet a tragedy on the scale of the Holocaust targets not only Jews but humanity as a whole. Therefore, public figures and scholars should be encouraged to discuss the Holocaust and protect common human values while leaving political differences aside,” he said.

Know more: The UAE is currently stepping up its role as regional peacemaker.

It has taken several steps to solidify the execution of the accords. In 2021, the country set up in Dubai the first Holocaust memorial exhibition in the region. Several Holocaust survivors were flown in to tell their stories.

The number of Jewish community members in the UAE has increased since the Abraham Accords as the UAE establishes commercial ties with Israel, and is building its own synagogue.

The Abraham Accords were signed between Israel, the UAE, Bahrain and Morocco in a bid to normalize diplomatic relations. It played an essential role in shedding light on Jewish history and culture. Morocco had already announced in 2018 that it would include the topic in its curriculum. In 2021, Morocco launched a series of trainings for teachers.

Israeli Minister of Foreign Affairs Eli Cohen has announced that the next Abraham Accords summit will take place in Morocco in March.

The accords do not only carry strategic political recognition but have a regional economic impact. Since the signing, travel among the signatories has flourished, including cultural exchanges and business deals closed in all sectors, from science to health care and tourism.

In 2021, trade between Israel and the UAE reached about $1.2 billion including services. “According to Israel’s ambassador to the UAE, Amir Hayek, trade between the two countries will reach $5 billion in just three years,” Al-Monitor reported.

Although new opportunities have been presented, there are apparent shortcomings two years into the normalization, be it from failing to bring in new members to political complications pointed out by Arab states in regard to the Palestinian status quo that halted some undertakings. According to reports, Arab populations have yet to warm up to such normalization ties if the Palestinian issue is not resolved.