Following the normalization deal between Israel, the UAE, Bahrain and Morocco, talks have increased about more Arab countries joining the initiative; Saudi Arabia is on hold for now. 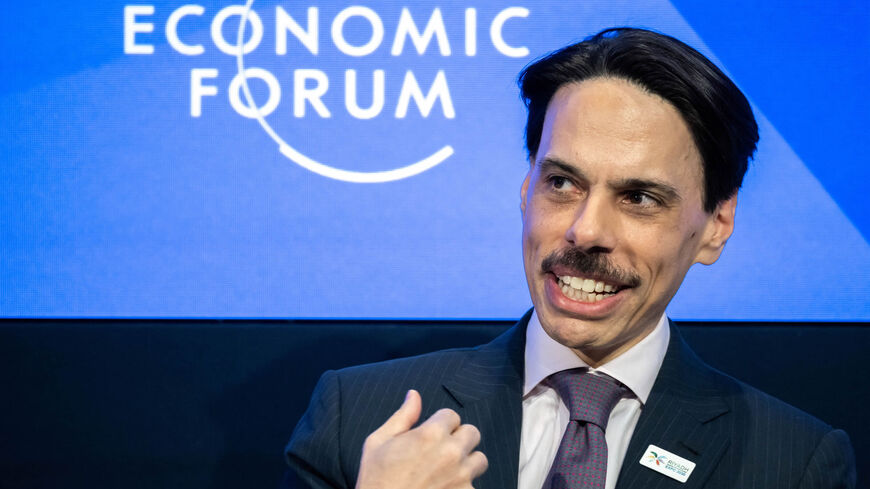 Saudi Foreign Minister Prince Faisal bin Farhan Al Saud made it clear on Thursday: no normalization between the kingdom and Israel without a Palestinian state.

Talks about normalization between the two countries became more prominent following the signing of the Abraham Accords in 2020.

“That requires giving the Palestinians a state, and that’s the priority,” he said.

Saudi Arabia’s foreign minister says an agreement to create a Palestinian state would be a precondition to establish formal diplomatic ties with Israel https://t.co/2HhV3irNaF

Israel normalized ties with the United Arab Emirates (UAE), Bahrain and Morocco in 2020, with US mediation. The deal, known as the Abraham Accords, was signed in a bid to normalize diplomatic relations, establish economic agreements and support social exchanges.

Regional stability: National security advisers from the UAE, Bahrain, the United States and Israel held multilateral talks on Thursday. They discussed ways to enhance regional integration and cooperation in different sectors. “The four counterparts looked forward to further deepening and expanding the progress achieved since the signing of the Abraham Accords.”

The Abraham Accords have certainly boosted economic ties between the countries and brought much-needed exchanges, particularly following the hard-hit markets post-pandemic. Since the signing, travel among the signatories has flourished, including cultural exchanges and business deals closed in all sectors, from science to health care and tourism.

These opportunities, however, have also shed light on apparent shortcomings. Chief among them is the failure to bring in new members almost three years into the agreement — despite early hopes of expansion. Arab states pointed out that the unfolding events between Israel and Palestine have halted some undertakings. According to reports, Arab populations have yet to warm up to the idea of normalizing ties if the Palestinian issue is not resolved.

What about Saudi Arabia? The kingdom has refrained from engaging in serious talks with Israel, putting the Palestinian issue as a conditional step for the agreement.

The West Bank is at a boiling point, with almost a daily surge in clashes between residents, settlers and Israeli forces. The Gaza Strip is also witnessing clashes of its own, with a Palestinian population that feels increasingly trapped.

The situation is not expected to improve as Prime Minister Benjamin Netanyahu’s far-right government takes the lead, promising to advance and expand settlements on disputed lands in the West Bank. Since the government’s swearing-in last December, the Israeli side has challenged the status quo, whether through officials visiting the Al-Aqsa compound or by instituting punitive measures against the Palestinians by banning their national flag in public places and withholding $39 million in tax revenue from the Palestinian Authority (PA).

Prince Faisal referenced these steps, saying the Israeli government is sending “some signals that maybe are not conducive to” normalization.

Nevertheless, Saudi Arabia has strongly voiced the positive impact that such a normalization deal would have on the region while benefiting Israel as well.

“We have said consistently that we believe normalization with Israel is something that is very much in the interest of the region,” he continued.

Netanyahu had always intended to pursue official ties with Saudi Arabia following the Abraham Accords and made it a clear foreign policy strategy. On Thursday, he met with White House national security adviser Jake Sullivan. Various topics were discussed, among them ways to broaden the accords and reach a breakthrough with the kingdom.

Sullivan also met Palestinian President Mahmoud Abbas. According to The Jerusalem Post, the Palestinian side conveyed their concerns about reaching a Palestinian state following the latest Israeli actions against them, quoting Abbas saying, “We cannot accept the continuation of the Israeli crimes. … We will confront these measures and defend the rights of our people and our lands and holy sites.”

Sullivan stressed US President Joe Biden's administration's interest in engaging with the PA and deepening ties with the Palestinians.

This was previously echoed by US Secretary of State Antony Blinken in his meeting with Abbas at the end of January.