Imprisoned since 1983 for killing an Israeli soldier, Israeli Arab Karim Younis was freed Thursday and went back to his home village. 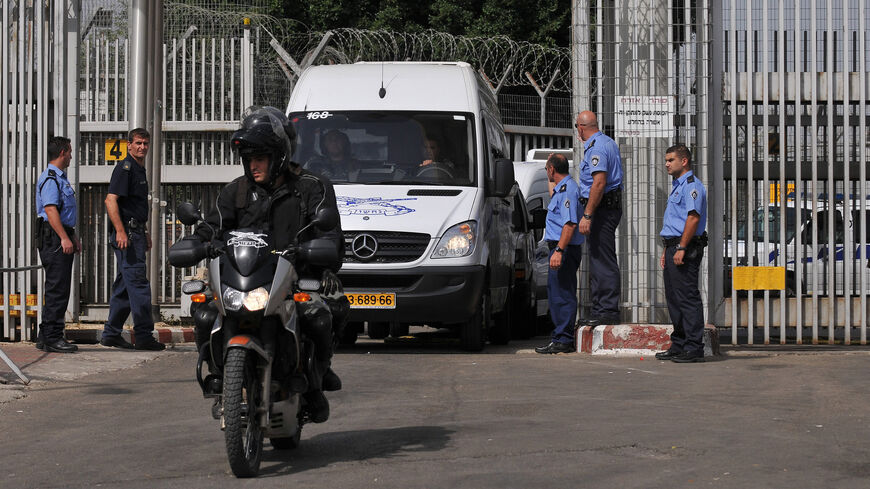 Younis (62), who holds Israeli citizenship and is from the Arab town of ‘Ara, was convicted in 1983 along with his cousin Maher Younis, for the murder of Israeli soldier Avraham Bromberg in 1980. Maher Younis is expected to be released in two weeks.

Karim Younis was freed early Thursday morning from Hadarim prison in central Israel, and driven immediately to Ra’anana Junction bus station. From there, he called relatives to come and get him, to bring him back to his home village Ara in the north of Israel. Reportedly, Israeli authorities wanted to avoid a "victory photo" of Younis exiting the prison gate, surrounded by supporters, which is why they drove him to the bus station.

Also, National Security Minister Itamar Ben-Gvir spoke Wednesday night with Police Commissioner Yaakov Shabtai, ordering him to prevent any celebrations in Ara upon Younis' arrival. Reports said that Ben-Gvir had justified the order against festivities with a legal opinion that these would offer support for terrorism.

“Every prisoner's story is the story of an entire people and I am proud to be one of those who sacrificed for Palestine. Forty years have passed as if they were nothing, because we consider this to be one of the main pillars of the struggle.”

In 1980, Karim Younis and Maher Younis had offered Bromberg a ride to his home town Zichron Yaakov, located just a few miles from 'Ara. Both men overpowered the soldier and shot him in the head. Then, they left him wounded on the side of a road where he was found and brought to a hospital. Bromberg died four days later. His sister Adah told Israel Hayom daily on Tuesday that the situation was unbearable for the family and that they had hoped the assailants would spend their entire lives in prison.

“Who would have thought that I would be in a situation like this? I am distraught and unable to function. It is unthinkable that such people should walk among us, laugh and enjoy themselves. It’s a catastrophe. We don’t know what to do. It takes me back to the day Avi [Avraham] was murdered,” said Adah Bromberg.

Israeli Interior Minister Aryeh Deri called on Tuesday to strip Karim Younis and Maher Younis of their Israeli citizenship. In a letter to Attorney General Gali Baharav-Miara, Deri wrote, “Revoking his citizenship will send an important message, when we are speaking about someone who has become a symbol for committing criminal acts of terror.”

Meanwhile, Knesset members of far-right Religious Zionism party and of ruling party Likud are promoting a legislation to facilitate the revocation of citizenship from people convicted and imprisoned for terrorist attacks.

It is unclear how such a move could take place. International law stipulates that a nationality cannot be revoked if the person then becomes stateless. The issue became headline news at the beginning of December, with the release and deportation of French-Palestinian detainee Salah Hammouri. Israeli authorities could strip him of his Jerusalem residency, since he is also a French national.