The Jordanian Foreign Ministry has summoned the Israeli ambassador in Amman after its envoy in Israel was briefly prevented from entering the Temple Mount compound. 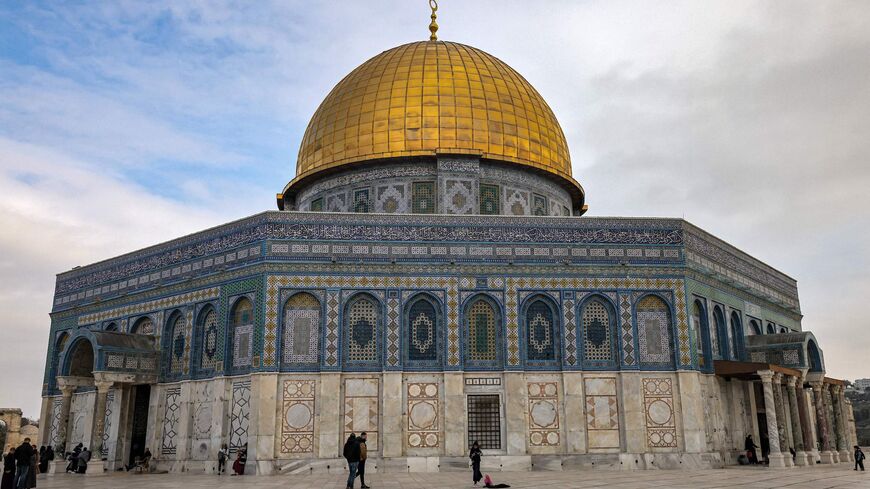 People walk outside the Dome of the Rock shrine at Al-Aqsa Mosque compound (also known as the Temple Mount complex to Jews) in the old city of Jerusalem on Jan. 3, 2023. - AHMAD GHARABLI/AFP via Getty Images

Jordan summoned the Israeli ambassador to Amman in protest after the kingdom's own envoy was initially blocked from entering the Temple Mount compound Tuesday.

Jordanian Ambassador to Israel Ghassan Majali reportedly arrived to the compound Tuesday morning for a visit, but was not allowed to enter. A police officer at the entrance asked him to produce a permit and told him he needed permission to visit. The ambassador left and returned later in the day.

Following the incident, the Jordanian Foreign Ministry summoned Israeli Ambassador Eitan Surkis in Amman for clarification. The Israeli ambassador was reportedly told that an official letter of protest would be sent to the Israeli Foreign Ministry.

Israeli authorities noted that traditionally, ambassadors and other dignitaries make their intentions to visit known before arriving to the site. Since the ambassador was not on the visitors’ list, the police officer stationed there went to consult with his superior. Had the ambassador waited a few more minutes, said Jerusalem police, he would have been allowed in, adding that prior coordination would have prevented the delay and apologizing for any "false reporting about the incident."

Amman, as custodian of the holy site, has been particularly sensitive about visits to the temple Mount since the establishment of the government under Prime Minister Benjamin Netanyahu. Shortly after his appointment as minister of national security, ultranationalist lawmaker Itamar Ben-Gvir visited the site. Amman condemned Ben-Gvir’s visit as intentionally provocative, adding the move was a "scandalous and unacceptable violation of international law." After the condemnation, the Jordanian Foreign Ministry summoned the Israeli ambassador for a reprimand.

Netanyahu has a complicated relationship with Jordan's King Abdullah, who had refused to speak to him on the phone in the past. Former premiers Naftali Bennett and Yair Lapid as well as former Defense Minister Benny Gantz invested considerable efforts into rehabilitating ties with Jordan. All three met with the king in Amman on different occasions. While Amman congratulated Netanyahu on winning the last election, it is unclear how this incident will affect diplomatic ties.