Iraqi officials referred to the "Arab Gulf" while hosting a soccer tournament with Gulf states in Basra. 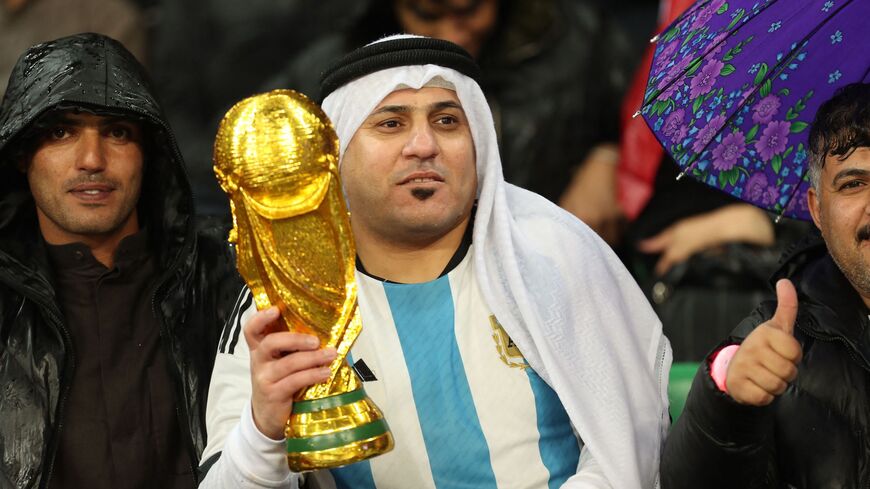 Iraq has not apologized to Iran after several Iranian parliamentarians slammed Iraq for using the term "Arabian Gulf" as it hosted the 25th Gulf Cup in Basra and asked for an apology.

Alireza Salimi, a member of the Board of Directors of the Iranian Parliament, attacked Iraqi Prime Minister Mohammed Al-Sudani and the leader of Sadrist Movement, Muqtada al-Sadr, for what he termed a hostile action.

“I advise the Iraqi prime minister and Muqtada al-Sadr to apologize and stop these kinds of contentious actions that are against the interests of the two nations and create disputes between the two nations,” Salimi said according to Iranian media reports.

When Sudani opened the Gulf Cup 25 last week, he used the official name of the "Arabian Gulf Cup," angering Iranians who claim that the only legitimate name of the area is the Persian Gulf.

Sadr as well had used the term “Arabian Gulf” in his tweet to welcome the Arab guests to Basra.

The Iranian Foreign Ministry's spokesperson Naser Kanaani also confirmed on Monday that Iran had officially complained to Iraq about the matter.

"Despite having strategic, fraternal, and deep relations with Iraq, we have openly conveyed our protest with regards to the issue," he added.

The Iraqi government has not commented on the issue. A campaign has swept Iraqi social media promoting the name "Basra Gulf," supported by historical documents using this term for the Gulf.

Esam al-Asadi a leader of the Sadrist Movement, criticized Iran for using arrogant language with Iraq. He told the Shafaq News Agency, “Iran is actually angry over Iraq's rapprochement with its Arab neighbors and it is afraid it will lead to economic and political cooperation and cost Iran its influence in Iraq.”

Basra is hosting currently thousands of Arabs from Gulf States to attend the matches. The Arab press is covering the event with passionate enthusiasm over Iraq's rapprochement with the Gulf.

What it means: The Persian Gulf, as it is known is English, refers to the body of water between the Arabian peninsula and Iran. Iranians typically call it the "Persian Gulf," but Arabs often call the area the "Arab Gulf." The naming dispute has taken on more significance this century due to tensions between Iran and Arab states in the Gulf, chiefly Saudi Arabia.

Editor's note: this article was updated on Jan. 11 to add information on Iran summoning the Iraqi ambassador.