Iraq defeated Oman 3-2 in the historic match in Basra, leading to celebrations throughout the country. 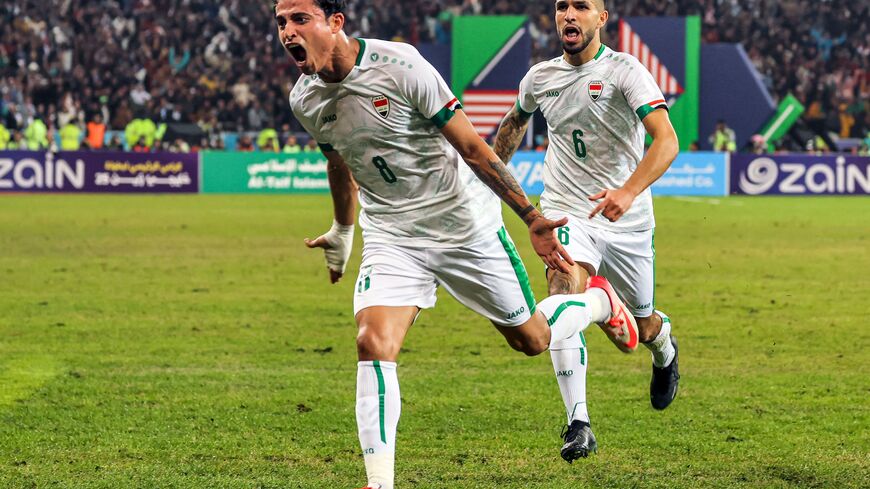 Iraqi midfielder Ibrahim Bayesh scored a goal at 24 minutes in to put Iraq up 1-0. This remained the score until 10 minutes into injury time when Omani midfielder Salaah al-Yahyaei scored on a penalty kick to tie the game and send it into overtime.

Many Iraqis rejoiced on social media after the victory.

Why it matters: Hosting the tournament was important for Iraq. Prime Minister Mohammed Shia al-Sudani said that holding the event in the country showed Iraq is safe. He also called on FIFA to lift its security-related ban on Iraqi stadiums, the Kurdish Iraqi news outlet Rudaw reported.

People in Basra gathered in the streets en masse to watch the match.

Iraqis in Basra rejoice as Oman miss an equalizing penalty during the final stretches of the final.

Iraq defeated favorites Saudi Arabia en route to the final against Oman. The Saudi soccer team was coming off the 2022 World Cup in Doha, where they won a game against the eventual champions Argentina.

The Basra tournament continued the momentum in the region following Qatar’s hosting of the World Cup. Arabic-speaking countries were well represented in Doha. Morocco made history by advancing to the semifinals, ultimately losing to France. An Egyptian company helped manufacture the soccer ball used in the World Cup.

The tournament has not been without controversy. Iran summoned the Iraqi ambassador after Iraqi officials used the term “Arabian Gulf” when referencing the Gulf states represented in the tournament. Iran prefers the term “Persian Gulf.”

Know more: One person was killed and dozens of others were hurt Thursday during a stampede in Basra ahead of the final match.

Ronaldo recently joined Saudi Arabia's Al Nassr football club and the Portuguese forward is by far the biggest player to ever play in the Saudi Pro League. Messi, who just won the World Cup with Argentina, has been linked to the Saudi club Al Hilal, though there is no indication he will sign with them. The Riyadh All-Star XI consists of Al Nassr and Al Hilal players.