Report: Messi not signing with Saudis, but kingdom wants him 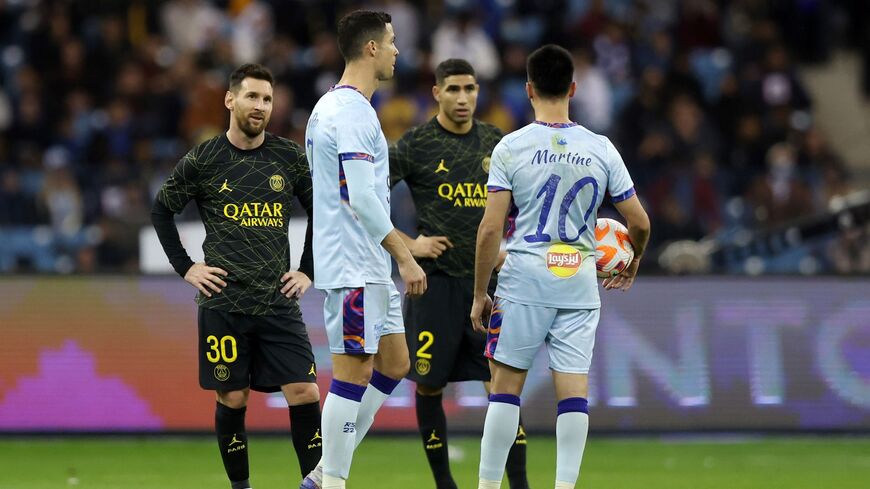 Lionel Messi has no plans at present to join the Saudi Pro League, the Spanish news outlet Marca reported Friday.

Marca interviewed Ibrahim Alkassim, who heads the Saudi Football Federation. He said they do not have any information indicating the Argentine soccer star is coming to the kingdom. However, Alkassim said that his organization would love for Messi to play in the country.

“I do not hide that, as Saudi Federation, we would like to have him one day in the domestic league,” he told Marca.

Why it matters: Messi has been linked to the Saudi soccer teams Al Ittihad and Al Hilal, both who are reportedly willing to offer him hundreds of millions of dollars.

Messi’s rival, Portuguese superstar Cristiano Ronaldo, recently signed with the Saudi club Al Nassr. Ronaldo is by far the biggest name to ever sign with the Saudi Pro League. Adding Messi would add to the league’s prestige even further.

Messi and the rest of his Paris Saint-Germain squad defeated Ronaldo and the so-called Riyadh All-Star XI in the Saudi capital Thursday.

Know more: There has been a lot of soccer buzz in the Middle East and North Africa in recent months. Qatar hosted the World Cup last year — the first country in the region to do so. Morocco made history in Doha by becoming the first African team to advance to the semifinal. Messi and Argentina ultimately defeated France in the tournament.

The Saudi team notably beat Messi and Argentina in the first round of the World Cup.