The decision is the latest in a series of measures Egyptian public and private financial institutions are taking in an attempt to cope with the economic crisis. 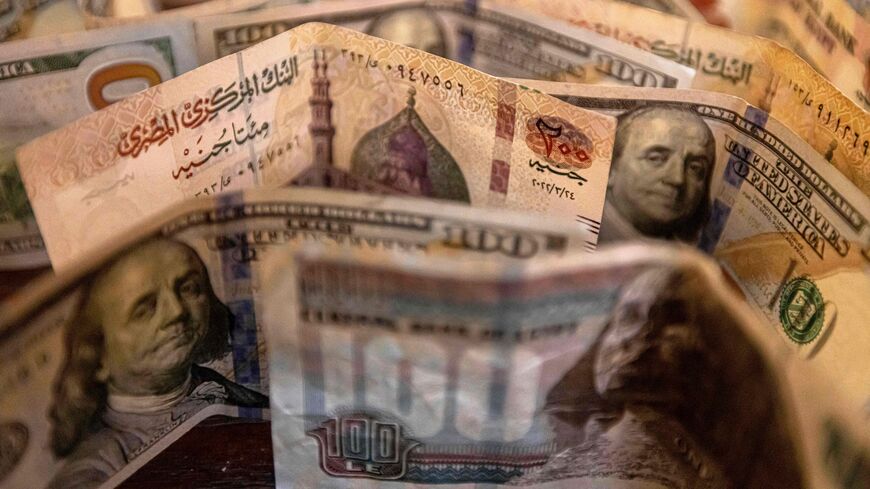 A picture taken on Aug. 25, 2022 shows Egyptian pounds and US dollars banknotes. - Photo by KHALED DESOUKI/AFP via Getty Images

Egyptian Prime Minister Mostafa Madbouly announced Monday a series of measures to control public spending and the use of the US dollar amid Egypt’s economic crisis, including restrictions on non-essential travel for members of government.

The new rules include the following, according to the state-owned news outlet Al-Ahram:

• The delay of any new projects that require the US dollar.

• The Finance Ministry setting exchange rates for foreign currency in coordination with the Central Bank.

• Delayed funding for anything that is not a “strong necessity.”

• Business foreign travel for government ministers must be approved by the prime minister.

The measures will remain in effect for the rest of Egypt’s fiscal year, which ends in July, according to the circular.

Why it matters: Egypt is experiencing a litany of financial and economic problems at present. Inflation plagued the country throughout 2022, and living expenses are still rising. The Central Bank of Egypt raised interest rates last month in an effort to curb inflation. Some Egyptian banks also instituted measures last week to encourage saving.

Know more: Egypt is also seeking more foreign investment in the Suez Canal in response to its economic woes.