A blaze at an Istanbul church left two dead and two others injured, heavily damaging the historical building. 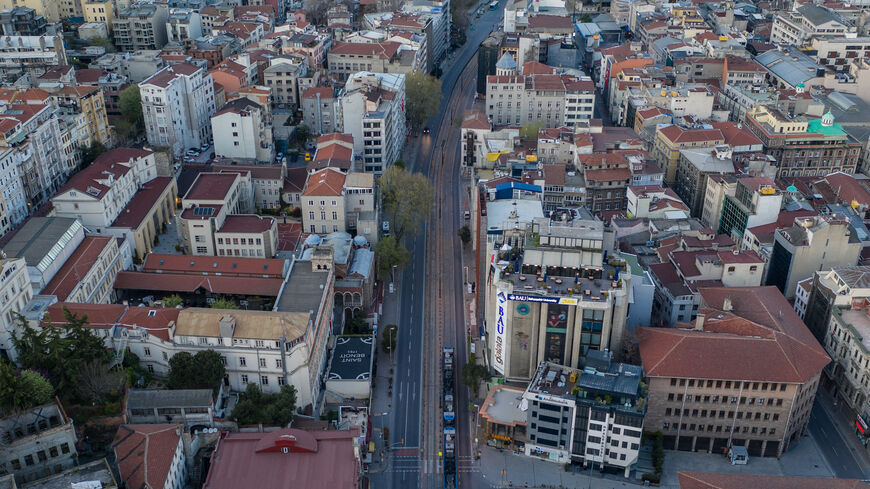 In this aerial photo from a drone, a tram passes an empty road in the Karakoy district on the final day of a four-day lockdown across Istanbul, Turkey, April 26, 2020. - Burak Kara/Getty Images

Two people were killed, and two others were injured in a fire at an iconic Istanbul church, Turkish authorities announced Tuesday.

The authorities said the blaze ripped through the lodging of Surp Pirgic Catholic Church in Istanbul's historical Karakoy neighborhood late Monday. Rescuers and firefighters who were dispatched to the scene reached the body of the two victims during the search of the building after they extinguished the fire early Tuesday, Turkey’s private Demiroren News Agency (DHA) reported.

Omer Celik, spokesperson of the ruling Justice and Development Party, conveyed his condolences to the families of the victims.

“We express our condolences to the dear families of our citizens who lost their lives in the fire that broke out at the lodging of Surp Pirgic Armenian Catholic Church in Karaköy, Istanbul. We convey our best wishes to the parish and our citizens affected by the fire,” he tweeted on Tuesday. Turkey's official religious body also issued a condolence message for the victims

Rescuers evacuated four others who were living at the lodging, two of whom were taken to the hospital due to smoke inhalation, the authorities reported.

The building was hosting six parish members who were unable to pay rent, a church official told the DHA.

Images released by Turkey's state-run Anadolu News Agency showed heavy damage to the historic building with its roof partly collapsed. The lodging has become uninhabitable after the fire, the agency said

The authorities said the reason for the fire was not immediately clear and that an investigation has been launched.

Istanbul's historical buildings are prone to fire, with another fire damaging Istanbul's landmark Ciragan Palace Hotel which is located at the compound of a former Ottoman palace. In August, more than 100 patients were evacuated from the province's another landmark edifice, Balikli Greek Hospital, when a fire engulfed the building.