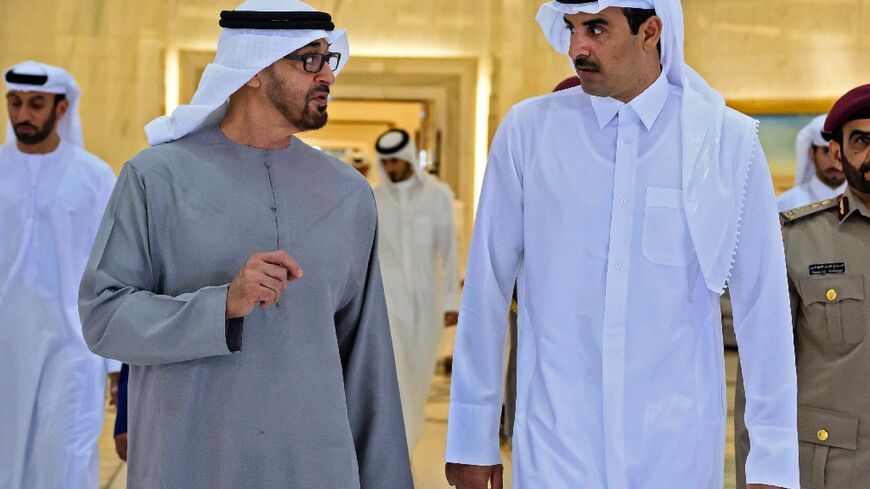 The United Arab Emirates' president on Monday made his first visit to Qatar since the end of a nearly four-year regional blockade that put ties in a deep freeze.

Sheikh Mohamed bin Zayed Al-Nahyan was greeted by Qatar's Emir Sheikh Tamim bin Hamad Al-Thani at the airport and left after an official lunch in a brief trip that coincided with the football World Cup in Qatar.

"The meeting explored UAE-Qatar relations and the prospects for growing their cooperation to boost prosperity in both countries and serve their common interests," the UAE's official WAM news agency said.

It was the first state visit since the countries mended ties in January 2021, when a years-long Saudi-led boycott of gas-rich Qatar finally came to an end.

Sheikh Mohamed congratulated Qatar on hosting the World Cup, calling it "a source of pride to all the Gulf Cooperation Council countries, and to the Arab world in general", WAM said.

The first World Cup on Arab soil is taking place less than two years after the end of the Saudi-led blockade.

Saudi Arabia and its allies the UAE, Bahrain and Egypt cut ties with Qatar in June 2017, claiming it supported extremists and was too close to Iran -- allegations that Doha denied.

Although this is the UAE president's first visit since the blockade, ties have been gradually warming.

In May, the emir flew to Abu Dhabi for the funeral of Sheikh Khalifa, Sheikh Mohamed's half-brother and predecessor as president.